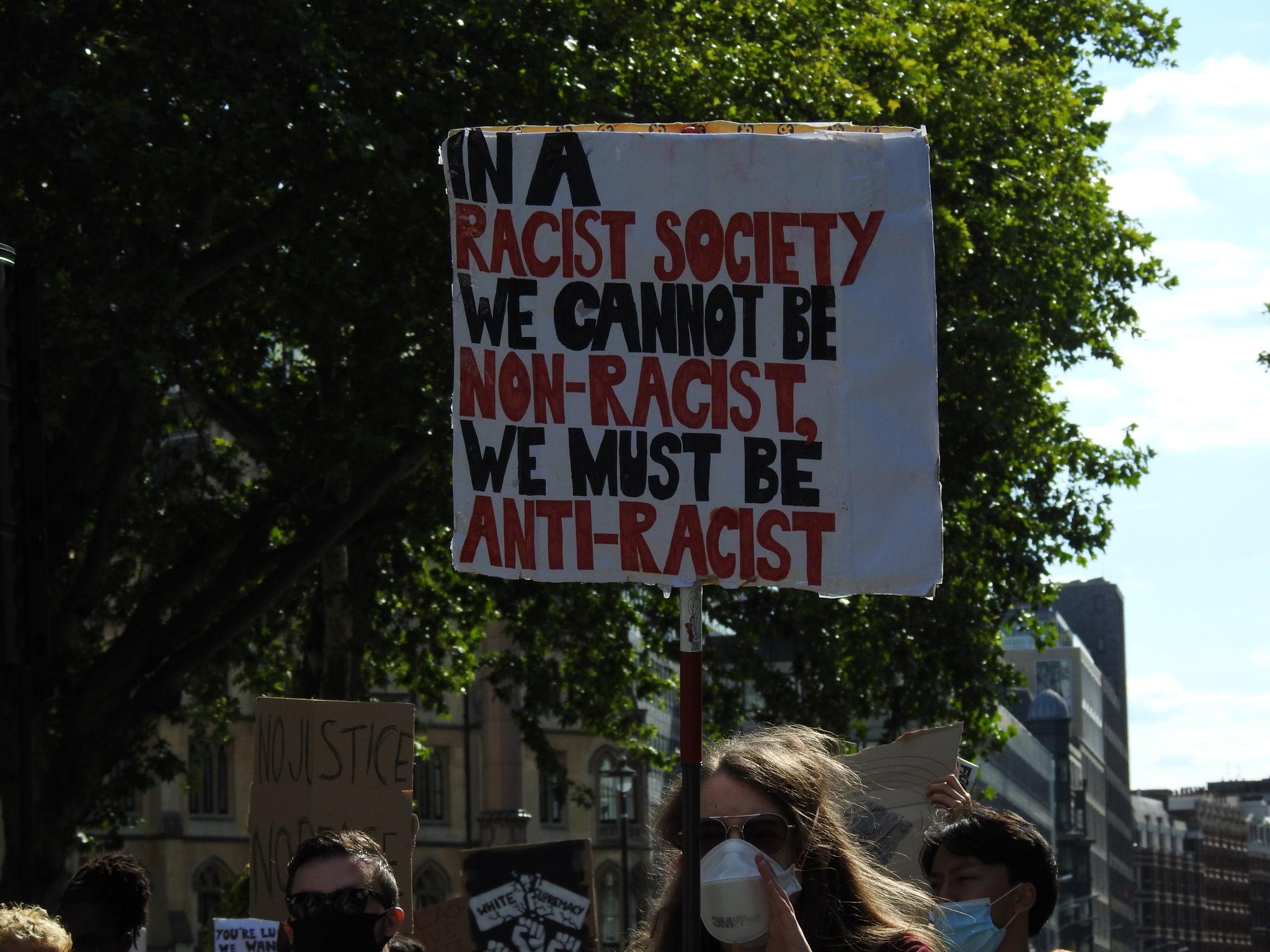 Liberal media elites portray Trump’s recent ban on critical race trainings in federal agencies as the latest proof that the president’s entire campaign is based on racism. Peter Baker of the New York Times reasoned the ban confirmed that the “centerpiece” of Trump’s campaign is appealing to the (racist!) grievances of white people. Eugene Robinson of the Washington Post agreed, using the move as proof that Trump is “running the most openly racist national campaign since that of George Wallace in 1968.”

But when liberal elites denounce Trump as a racist, you can usually bet they’re actually denouncing the president for opposing the dogma of critical race theory, which is now rebranded as “anti-racism.”

According to critical race theory, there is only one right answer on racial issues, and if you have the wrong view, you’re a racist.

That’s because “racism” does not mean to liberal elites what it does to you and me. The average American, unindoctrinated in critical race theory, might define racism as the despicable practices of asserting that one race is superior to another, believing personal traits like character are differentiated by race, and feeling hatred towards people of a particular race.

To liberal elites and Black Lives Matter, however, racism is systemic. Racism is when a policy is associated with lower outcomes for African Americans. Racism is when white people want to maintain the status quo. Racism is a feature of the American system. It follows that if something is not actively anti-racist, it’s racist.

“Anti-racism” is a distortion of language. It’s not, like the name suggests, opposition to racism. Rather, it is the stand-alone philosophy of critical race theory. Founded upon the work of liberal academics in “grievance studies,” like the feminist and cultural studies emerging in the 1960s and ’70s, anti-racism sees American society as established upon and controlled by white privilege and white supremacy.

The modern-day evangelists for anti-racism are Robin DiAngelo and Ibram X. Kendi with their wildly popular books White Fragility and How to Be an Antiracist, both of which sat at the top of the New York Times’ best-seller list following the death of George Floyd. DiAngelo counsels white people that they must guiltily reckon with and accept that they are racists whose lives are built upon racism. “White identity,” she says in her book, “is inherently racist; white people do not exist outside the system of white supremacy.” Meanwhile, Kendi argues that we can only fight racial discrimination through discriminating based on race in all facets of society. And if you don’t do so, you’re a racist. “There is no in between safe space,” Kendi says, “of ‘not racist.’ The claim of ‘not racist’ neutrality is a mask for racism.”

Very often, anti-racism functions as a new form of racism. Anti-racism condescendingly claims to speak for all minorities, promotes racial hysteria and obsession, posits that race is a person’s defining attribute, discounts the viewpoints of people of the “privileged” race, advocates for the primacy of racial minorities, creates a color-coordinated society, and treats minorities as victims.

The critical race theory trainings Trump canceled, which have been on the rise in recent years but have exploded following the death of George Floyd, epitomize this new racism. Federal workers were taught at these trainings that “virtually all White people contribute to racism” and were required to say they personally “benefit from racism,” according to the memo announcing the ban on the programs. Additionally, the workers were taught that there is racism in the idea that America is the land of opportunity and in the belief that the most qualified person should receive a job. Very often, these trainings use DiAngelo’s White Fragility and Kendi’s How to Be an Antiracist as their source material.

The Trump administration said these trainings “undercut our core values as Americans,” and Trump said the training programs are a “sickness that cannot be allowed to continue.” The administration instead called for “the fair and equal treatment of all individuals in the United States.”

In another episode of perceived racism by Trump, the anti-racists were triggered by the focus on minorities at the Republican National Convention.

The Washington Post reported the strong showing of minorities in a headline that read, “Trump and Republicans mix a show of support for minorities.” Essentially, the paper declared that Republicans engineered the appearance of minorities because minorities could not have independently earned or chosen a spot at the convention.

The Republican convention portrayed Trump as advocating for the needs of minorities by cutting minority unemployment rates to the lowest levels ever (before the pandemic), reducing drug sentences, and fighting lawlessness in urban areas.

But according to the Washington Post, “the display smacked of blatant hypocrisy.” Apparently, the Republicans were courting “the black votes” but not “the black issues.”

According to critical race theory, there is only one right answer on racial issues, and if you have the wrong view, you’re a racist. Sins against racism at the convention thus included that speakers denounced Black Lives Matter protesters for delivering anarchy and lawlessness and that Trump did not address the shooting of Jacob Blake.

Another instance in which anti-racists have decried Trump as racist is his statement that Black Lives Matter is a “symbol of hate.”

Black Lives Matter is not the embodiment of African American voices fighting for justice. Rather, it is the political movement of critical race theory animated by radical Marxism. Black Lives Matter is also responsible for many manifestations of the racism of anti-racism, including racial violence, the demand for racial quotas, and the singling out of people based on the uncontrollable factor of race.

Black Lives Matter has actively stoked racially motivated unrest and violence since its beginnings in the Ferguson riots. The movement is the driving force behind the looting, arson, violence, and riots that have gripped the country for months. Their destructive approach to “justice” aims to use this violence to overthrow the system and replace it with a utopian system of designed racial “equity.”

Washington Post writer Eugene Robinson said, “Trump wants White voters to fear the Black Lives Matter movement. He wants them to see it not as a demand for justice and fairness but as a mortal threat to White privilege — to fear the very concept of White privilege as some kind of attack.”

Critical race theory, with its many racist expressions, takes us further from justice. But any recognition of it as such garners cries of racism from leftist elites who dominate the media and academia.

These false cries of racism can only be combated when we call critical race theory out for what it is: a radical doctrine that insidiously judges and divides us on the basis of race. As Trump’s run-in with critical race theory radicals has proven, the result will undoubtedly be more attempts to label any nonbelievers as racist. But the distinction between “antiracism” and real racial justice is essential.