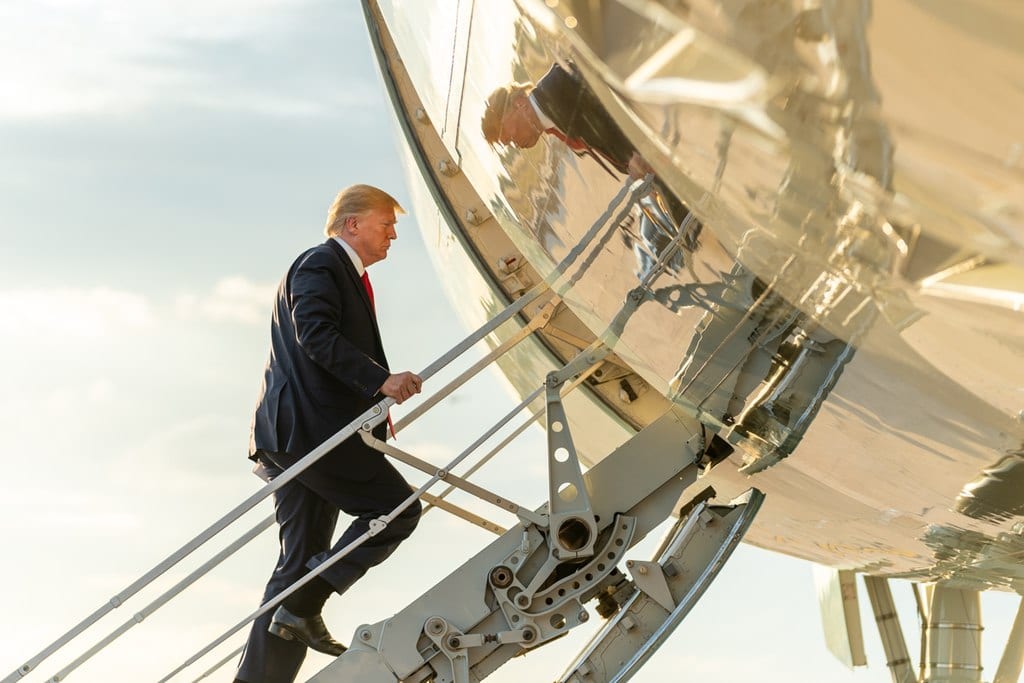 A man of the mass entertainment world, President Donald Trump would be familiar with vaudeville, where audiences that tired of a particular performer would cry with a single voice, “Get the hook!” Out from the wings would emerge a long pole with hook on the end, perfect for emptying the stage.

The whole agenda of the Left has slanted away from freedom — including free speech — in the direction of government control.

Recent polls are seen as suggesting hook time may have come for a president whose audience already is deriding him with nostrils clamped between thumb and forefinger. The polls show Trump fading fast among independents, especially independent suburban women. One major reason in this virus season: the president’s incapacity for steady, empathetic leadership, as contrasted with his solipsistic delight in tweeting.

A president who, several months ago, was anticipating a walk in the park in November capped by a shove for Joe Biden into the nearest fountain has had to revisit his premises.

Along came the coronavirus and the business lockdown, followed by the riots and eruptions and statue attacks meant to protest racism and police brutality. Now we are experiencing an unanticipated spread of the coronavirus. A recent poll showed Biden beating Trump in Texas. In Texas! Where, correspondingly, woke authorities are carting off statues of Texas Rangers and Confederate generals — symbols of creeds and behaviors not previously identified as fraudulent.

I ask you: If Trump can’t carry a state that hasn’t voted for a Democratic presidential candidate since 1976, what can he carry? I would say nothing, if I thought things three months from now would be the same as they are now. I am not convinced by any means that they’ll be the same — any more than Trump ought to have assumed that nothing after Jan. 1, 2020, would change. Change is constant in life. Surprises lie around every corner. Nothing, I say, speaking as a lifelong conservative, stays the same.

Trump, in my judgment, for whatever it’s worth and despite the clamor of a restive audience, is already enjoying indispensable help from the political left. Just now the Left is on a roll, with much of corporate America capitulating to its economic and social agendas — with, of course, the media, my old profession, yelling encouragement and support.

This can go on for only so long. Today’s violence may worsen, to the embarrassment of apologists for those who loot and overturn statues. The arrogance of demands for immediate change may begin to antagonize many who see less wrong with America and its moral record than the statue-overturners do.

Trump needs to make a big issue of the reparations demanded by the Left for distribution to the victims of an institution — chattel slavery — destroyed 155 years ago. Where’s the money coming from, huh? And where’s it going? Besides from you to somebody you never met?

The whole agenda of the Left has slanted away from freedom — including free speech — in the direction of government control or the Greater Good — assuming you trust government, over our personal perceptions, to define the Greater Good.

Biden, generally identified as “moderate,” may not share all the Left’s insights and intuitions, but should he end up parroting all those insights, one can see Trump going after him with a carving knife, everywhere exhibiting his rival’s philosophical viscera.

Defining ol’ Joe for public consumption — ol’ Don having self-defined years ago — is the Republicans’ task in this doleful season when the Left bangs hard on the door, demanding admittance to power. The look of things at present is that the voters, worn out by Donald’s theatrical prancing, are calling for the hook. You can see the point, sort of. A president who, in better times, gets away with tweeting and name-calling and self-admiration finds it hard in more anxious times to see what’s wanted of him.

If only it were Ronald Reagan up there to make the case for how it should be done. But it’s not. It’s “the Donald,” poised or not poised, to defend America’s heritage as worthier of holding onto than its present detractors seem to be telling the pollsters.