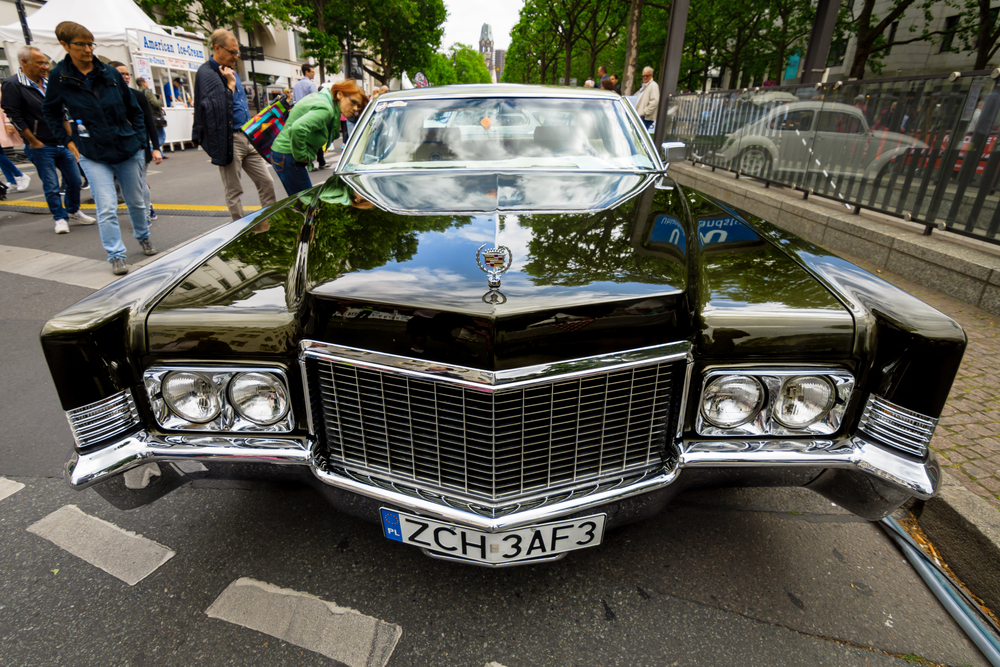 A long time ago, Hot Rod magazine — paper and all — published an article called “Caddy Hack.” It was not about web hackers.

It was about taking panels off.

They did that to see how quickly an otherwise completely stock — the term means as it left the factory, unmodified — 1970 Cadillac Coupe de Ville could run the quarter mile when shorn of the weight that made it heavy and thus slow. In stock trim, the Caddy ran the quarter mile in just under 18 seconds, despite having a high (10:1) compression ratio 472-cubic-inch V-8 — that’s nearly eight liters of engine — under its hood that made an advertised 375 horsepower.

A new Prius — with less than half that power — is quicker.

But the Caddy was crippled by its 4,648-pound curb weight. Think about it: a container ship has more horsepower than a speedboat. Which gets from A to B sooner?

But what if you could cut the Caddy’s weight by, say, 2,000 or so pounds? And that’s just what the guys at Hot Rod did, literally. With a saw. They used it to hack off whatever the Caddy didn’t need to go quickly, which meant, ultimately, almost everything except the frame and drivetrain. Some 2,000 pounds lighter, the mechanically stock Caddy was as quick as most muscle cars of the period, running a best time through the quarter mile of 13.5 seconds at more than 100 mph.

How quick — how efficient — might today’s cars be if they weren’t required to be as heavy as they are?

The main reason the Tesla and other electric cars are so horribly inefficient is because they’re so preposterously heavy.

The ’70 de Ville was heavy because it was meant to be. People bought Caddys because they wanted a big, heavy car. The government, at any rate, wasn’t adding weight to cars — via regulations that had to be complied with — back in 1970. Cadillac was free to build cars like the 4,648-pound de Ville, and Datsun (Nissan, today) was just as free to build cars like the 2,127-pound 1600 (which got by with a 1.6 liter four-cylinder engine).

Today, there are no new cars built like a ’70 Cadillac, such cars having been regulated out of existence. Full-perimeter steel frames gave way to welded-together unibodies (much harder to hack), and V-8s — the few that remain — are much smaller and made of aluminum, mostly, rather than cast iron.

It would be illuminating to hack the Tesla and see how much farther it could go without the extra. Or — rather — how much less battery it would need to go as far as other comparable cars.

The main reason the Tesla and other electric cars are so horribly inefficient is because they’re so preposterously heavy. The Tesla 3, for instance, is a car about the same size as a Honda Civic, both being about 184 inches long — which makes them both compact-sized cars. But the Honda weighs about 1,100 pounds less — because it is not carrying around 1,000-plus pounds of batteries. (READ MORE from Eric Peters: Electric Vehicles Are Ruining Everything We Love About Cars)

The Tesla has to carry those around in order to be able to tout the quickness (rather than efficiency) that sells the car. But it could be both — quick and efficient — if it weren’t required to carry around 800 to 1,000 pounds of government-mandated deadweight. That means everything necessary to successfully get past the gauntlet of crash-test/bumper-impact/rollover and similar “standards” that make even a compact-sized car weigh almost as much as super-sized cars weighed in the days before the government got into the business of telling car companies how “safe” cars had to be.

Note that none of those safety add-ons — including air bags, back-up cameras, and so on — bear on whether a given car is more likely to crash, only that if it does, it will provide more crash protection.

The distinction isn’t trivial. Not if you care as much about efficiency every time you drive as opposed to what might happen if you crash.

The miracle is that a car like the Tesla goes as far as it does and is as “efficient” as it is — given how much it weighs because of how much it has to cart around in order to counterbalance its weight.

Same for cars like the Civic — which is only just barely as “efficient” as the same-size (but much lighter-weight) cars of 40 years ago, when cars that size weighed closer to 2,000 than 3,000 pounds.

If it weren’t for all that government-required weight, a car like the Tesla wouldn’t need 1,000-plus pounds of batteries to be as quick as it is. And it would be a lot more efficient than it currently is — both in terms of how far it could travel and also how much energy it would need to travel.

A car like the Civic, sans 800 or so pounds of government-required deadweight, would be getting 50 mpg on the highway rather than 40.

And both it and the Tesla would cost thousands less than they do.

That’s a hack we’d all benefit from — and it wouldn’t require hacking off the doors and hood and roof, either.