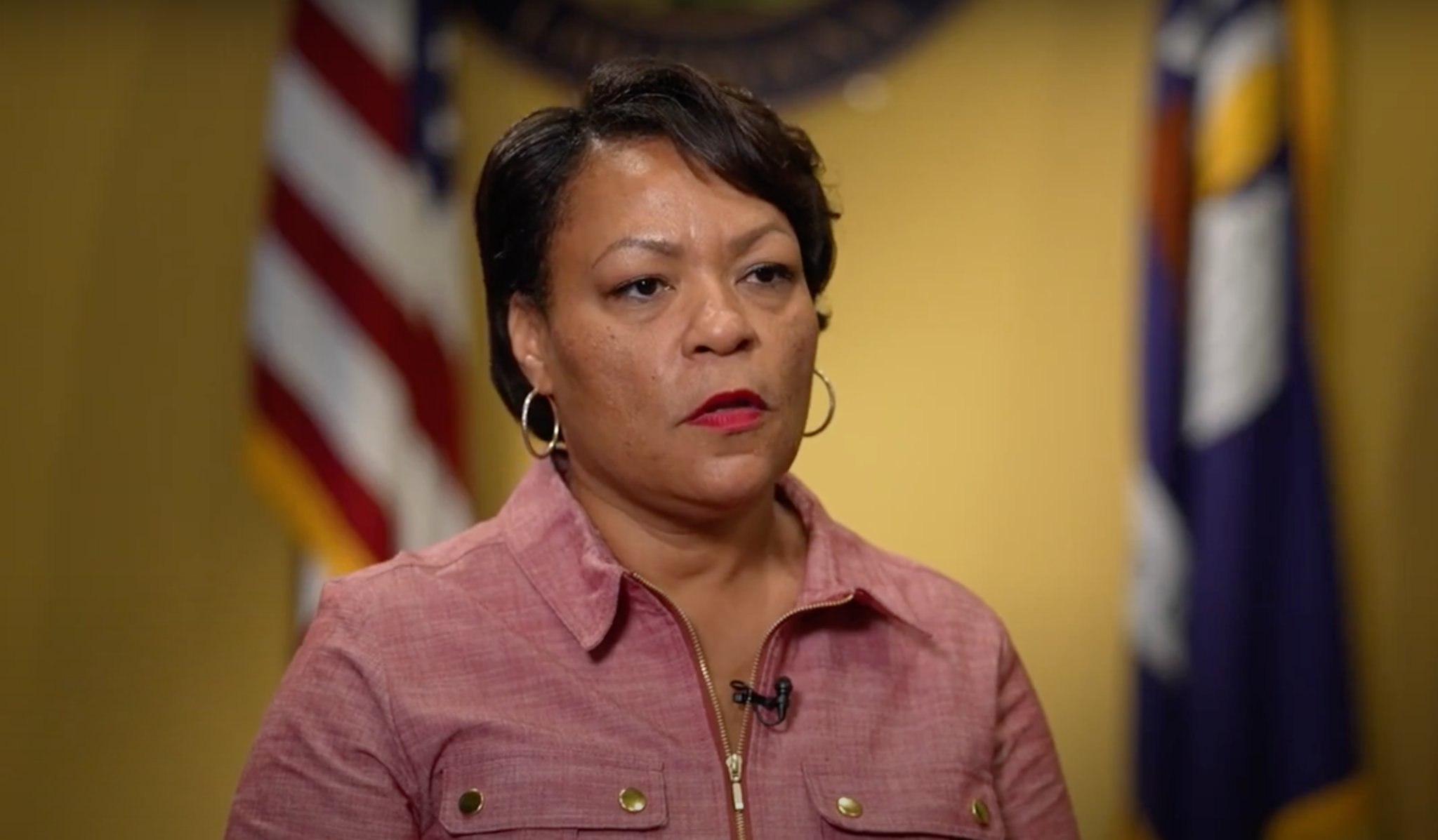 First, for those of you who haven’t read all of the previous columns in this space, a definition. What is Weaponized Governmental Failure?

Simply put, it’s the process by which urban socialist Democrats intentionally muck up the basic tasks of municipal governance and create such soul-crushing environments that middle-class taxpayers and voters decamp for the suburbs, thus leaving an electorate incapable of throwing off the political machine.

My theory is that Weaponized Governmental Failure, or WGF for short, was arrived upon serendipitously. At some point in the 1990s, Democrats noticed that some of their worst mayors — like Washington, D.C.’s Marion Barry — were simply unbeatable despite dismal performances.

And, at that point, it became recognizable to urban socialist Democrats that if you governed badly enough, if you refused to fill potholes or police the streets or solve traffic problems or provide functional public education, the middle-class voters who would consider voting Republican and therefore could put your political power at threat would just … leave.

And when they left, what remained would be a thin crust of rich people relatively easy to govern because they provide their own public services in the form of private school attendance for their children, private security for their neighborhoods, and so forth.

Oh, and a mass of urban poor who would also be easy to govern — at least, in the manner urban socialists like to govern. The votes of the poor can be bought cheaply because they don’t know any better. Tear down statues, offer “universal basic income” or free needles or midnight basketball, and you can fleece the poor into believing that you care. They don’t really expect anything better and they wouldn’t even know what that looks like.

So for the last 20–30 years as every single American city dominated by Democrat politicians has decayed into a state of collapse, Democrats have only built their electoral strength in those places.

It isn’t incompetence, though it looks like it is. It’s deliberate. Because federal dollars from things like economic development block grants replace the tax base lost through WGF exoduses.

And when WGF reaches an advanced state, what you get isn’t even something that looks like incompetence. It starts to get brazen.

People who live in the Big Easy’s suburbs, which contain more than two-thirds of the population of the New Orleans metro area, call her LaToya the Destroya due to the abject destruction she has wrought over the city’s business community, particularly thanks to one of the nation’s most onerous and pointless COVID lockdown regimes. But it goes further than that — New Orleans’ aging drainage infrastructure is nearly useless despite the billions of your tax dollars which were poured into the city’s Sewerage & Water Board, which Cantrell as New Orleans’ mayor is responsible for. The New Orleans Police Department is down to 957 active duty officers. In a recent highly publicized incident, one whistleblowing cop working the French Quarter on a Friday night last month publicly quit in the middle of his shift. Afterward, it was learned that there were some 40 calls logged into the police department’s 911 system and only 35 patrol officers available in the whole city to take them.

Cantrell has since tried to have a court rescind the Justice Department consent decree her predecessor, the nearly-as-disastrous Mitch Landrieu, signed with former Attorney General Eric Holder a decade ago to hamstring the police in the city. The answer she received was no. The New Orleans Police Department is on its last legs as a viable law enforcement agency — and that’s of a piece with everything else. Last week, it was disclosed that the city only had 60 percent of its EMS personnel slots filled.

That was disclosed when Cantrell let it slip that New Orleans’ capability to provide security and infrastructure for Mardi Gras next February was shaky at best. She said it in a rather matter-of-fact way, something that didn’t go unnoticed by the mostly white, mostly suburban people who run the organizations putting on the big Mardi Gras parades. Cantrell has been attacking them for years, after all, and buzz continues to build that those organizations may at some point move their operations to the suburbs.

That was a pretty in-your-face display of WGF. Whittle down the security capability to such an extent that the showpiece cultural event in your city has to wither and die, and your city then becomes a place by and for those incapable of doing anything to better their station. All government dependence, all the time.

This came in the aftermath of a declaration by Cantrell that she would refuse to abide by the state’s new law banning abortion. The State Bond Commission has since twice voted to delay approval for infrastructure projects in the city until she and other hard-left local elected officials rescind their stance.

But the piece de resistance, the coup de grace, for Cantrell came last week in a juvenile criminal court.

In an amazing moment, Cantrell showed up to sit with the family of a carjacker who had been found guilty of first-degree robbery. The kid was 13 years old, and he’d been involved in five separate carjackings. Somehow, the district attorney’s office dropped the charges down from armed robbery but secured convictions.

And as the victims, who were mostly (if not all) white women, including one who’s a college student at ultra-expensive Loyola University, read their impact statements, Cantrell looked at them from the front seats.

Then the judge, a Democrat named Renord Darensburg, pronounced sentence:

Three years, suspended. No jail for carjacking and pointing guns at women.

It’s something like a declaration of war, or at least it’s being taken that way by the suburban folks. There have been rumblings about having the state legislature void New Orleans’ home rule charter, inserting the state police into the city to bring it under control, and other actions.

Of course, there is little anyone can do about LaToya Cantrell. Weaponized Governmental Failure is such a smashing success in New Orleans that despite the city’s descent into lawlessness and dysfunction which is so complete that even James Carville, the discredited old Democrat regular who has been afforded status as its unofficial political mascot, has recently bemoaned its poor condition, no one of note ran against Cantrell last year.

She won reelection with some 65 percent of the vote against a cast of unserious challengers.

New Orleans’ electorate has been so degraded by “white flight,” which is a misnomer because the black middle class has hustled out of Orleans Parish just as quickly as the white middle class has, that the city is no longer capable of electing someone any better than LaToya Cantrell.

And the power behind Cantrell is a collection of leftist nonprofits funded by George Soros and his network of Bond-villain organizations. Those nonprofits have completely captured poor voters in Orleans Parish to such an extent that every public sector institution in the city is captive to a neocommunist, race-centered agenda more interested in removing cannons from Washington Artillery Park than removing carjackers from the streets.

It’s enemy territory now for law-abiding Americans. It’s irretrievably lost. It’s the epitome of what WGF can do. And Cantrell is the avatar of this decline.

New Orleans used to be the City That Care Forgot. But now, there is no more reason to care about New Orleans.

That’s what today’s urban Democrats have done. And not just in the Big Easy.

Editor’s Note: An earlier version of this article incorrectly stated the number of active duty officers in New Orleans.