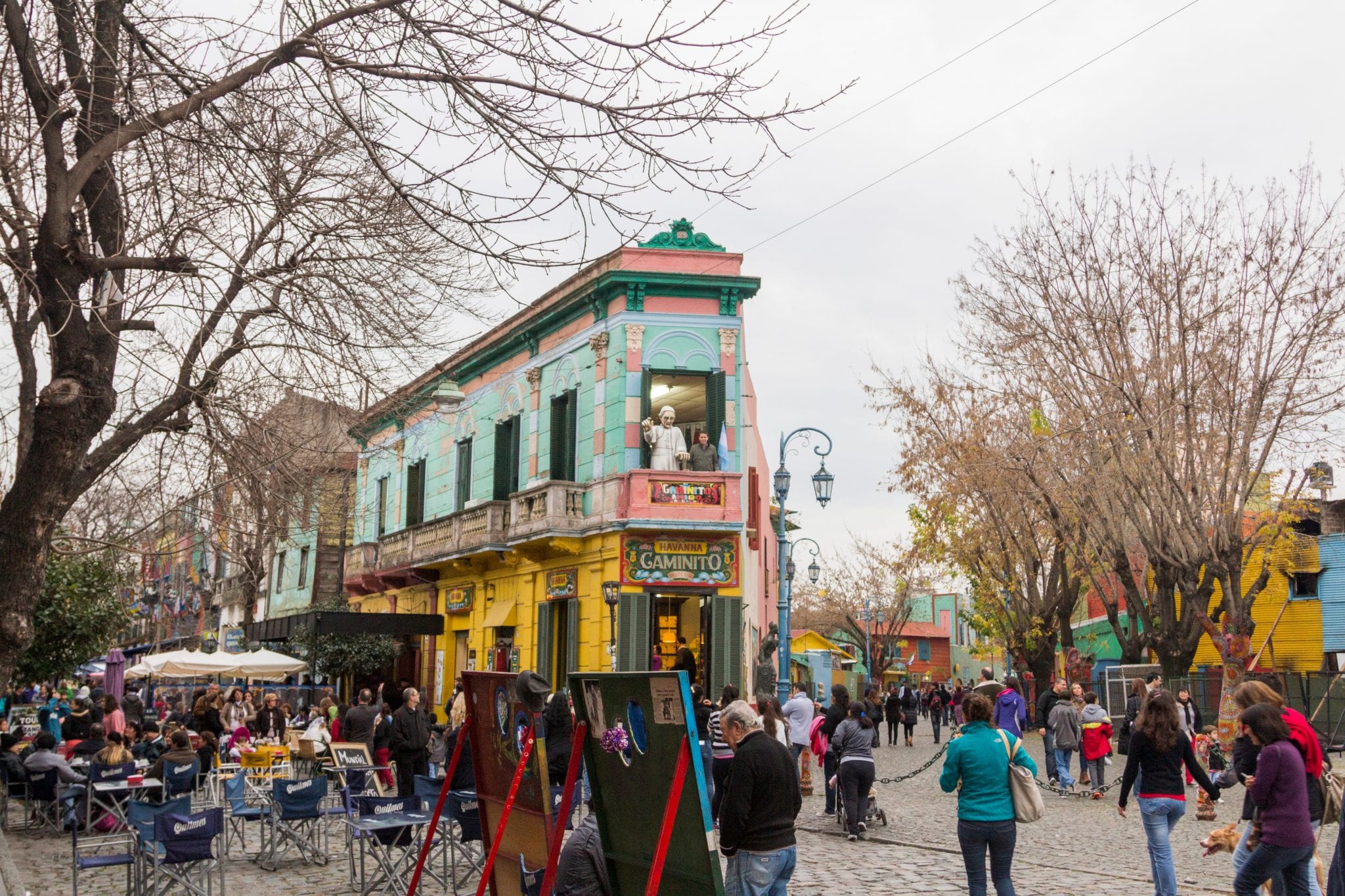 At a boozy evening of angry Argentine Catholics, one man hilariously blurted out in response to one of my questions, “This pontificate is worse than the Falklands War,” a reference to Argentina’s humiliating defeat at the hands of Margaret Thatcher.

As I walked around Buenos Aires for two weeks, I saw some Argentine pride in Jorge Bergoglio, but not much. Even the Pope Francis sections at gift shops seemed curiously muted — the presentation of Francis-related items appeared small and almost pro forma. The stops on the “Bergoglio tour” don’t look very well maintained. Near the home of his birthplace, for example, graffiti is scrawled. No one has bothered to erase it.

Far from reviving Catholicism in Buenos Aires, this pontificate has deflated it. “Immediately after his election church attendance seemed to go up a little bit,” said one Argentine Catholic. “But now it has gone down. Parishes which once had perpetual Eucharistic adoration no longer have it. The situation in Buenos Aires has gone from bad to worse.” Another Argentine Catholic tells me, “I stopped going to daily Mass because the quality of it has become such a joke.”

Indeed, many of the Catholic institutions in Buenos Aires seem either ghost-townish or in the hands of open heretics. (The Vatican nunciature looked like an abandoned haunted house.) I walked into an archdiocesan bookstore in the heart of Buenos Aires only to see placed in its most prominent display case fawning books about Hans Küng, one of the most heretical theologians of the 20th century.

I ran into an American student who is taking courses at Universidad Católica Argentina (UCA), Buenos Aires’s most prominent Catholic university. How Catholic, I asked him, is it? “Not at all,” he said. “It attracts a lot of obnoxious liberals. Liberalism is out of control here. UCA is even less Catholic than Jesuit Boston College, which I have also attended.” That made me laugh; I had never heard of a school less Catholic than that secularized mess of a Boston university.

Nothing even remotely resembling an authentic Catholic curriculum exists at UCA. But it does offer courses on “magic.”

The now-laicized molester Theodore McCarrick used to pop down to Buenos Aires from time to time to visit the Incarnate Word order. (It was founded by a gay molester, Carlos Buela, with whom McCarrick palled around.) I now understand why McCarrick liked Buenos Aires so much. For all of its elegance and sophistication, Buenos Aires is a pretty seedy and louche city, with plenty of rent boys and gigolos for the McCarricks to purchase.

The city’s glory lies in the past, not the present, which gives it an air of decay and sadness. With inflation at around 50 percent and interest rates at 75 percent, people spend their days at cafes, whorehouses, and the like. Many look either unemployed or under-employed (I saw a number of distinguished-looking older men, probably cut loose from positions at banks, working as bus boys or hotel clerks.)

Meanwhile, the Peronistas are poised to return to power, which will only compound the misery. The Peronista pope is, of course, helping them. I am told that the incumbent president, Mauricio Macri, is trailing Alberto Fernández (who is said to be a puppet for his running mate, former two-term president Cristina Kirchner) too badly to win. Fernández, who boasts a drag queen son, has pledged to accelerate the country’s economic and social liberalism.

According to seasoned observers, the power in Buenos Aires lies largely in the hands of liberal groups, the very groups a power-hungry Jorge Bergoglio did the most to cultivate. “He would seek out the Rotarians, liberal Jewish rabbis, and interfaith leaders because he knew they held the power,” said one Catholic. “You don’t become archbishop of Buenos Aires without kissing those rings.” (By the way, Rabbi Abraham Skorka, whose friendship with Bergoglio the media never fails to celebrate, is now the subject of allegations that he overlooked the pederasty of a mentor.)

Last week, Crux ran a tortured piece about the “Francis effect,” noting desperately that it is seen not in the Church (where sacramental use is down) but in society at large, whatever that means. In truth, its supposedly salutary influence is seen in neither. Argentina is on the verge of electing a secularizing socialist on steroids while its culture disintegrates under the loss of its historic faith — a loss her native son treats not as a crisis but a modernist strategy.