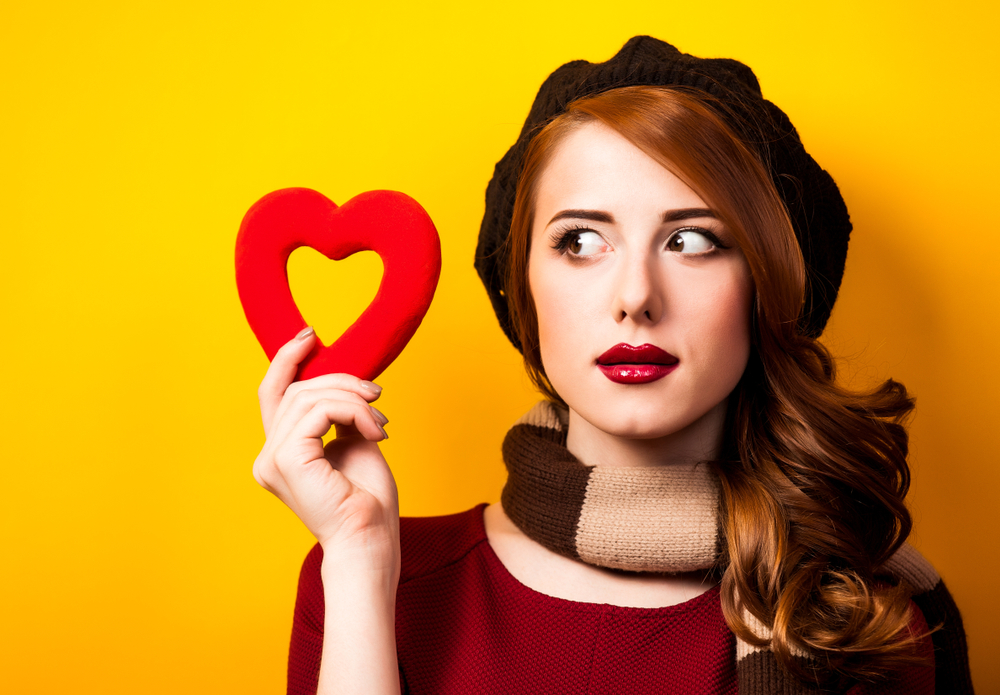 Love is dangerous. We tend to think that the worst that can happen is war, but falling in love is much riskier than getting drunk in a trench and singing army songs. Almost everyone I know who has suffered a broken bone will privately admit that blind love was to blame, even if in public they claim to have fallen off their motorcycle during some prestigious race or been bitten by a lion on their last safari. It is quite logical. Admitting to having lost half a finger with the garden shears while trying to cut a rose for your girlfriend is pathetic enough to keep it under wraps. If in addition to being very much in love you are also clumsy, it is best that your co-workers believe you like to pet lions in Africa.

There are many crazy things that guys do for love. So do some women. There is no guide that determines the point at which a lover becomes a lunatic. Which is why I am forced to write this. For example: In Spain, they just convicted a guy for harassment after calling his ex a thousand times in 24 hours. A thousand times. I don’t know why there are people who turn to love when they should turn to a psychiatrist.

As a rule, nothing involving blood crimes or anything that might coax too many women at once, or that includes the public exposure of one’s own attempt at poetry, should ever be done for love. Of course, it’s not right to kill for love, and it’s almost worse to throw one of your poems at anyone. If you intend to steal someone’s girlfriend, it must be justified. For example, the girlfriend is Russian, she plays tennis, and her last name is Sharapova. In that case, while murder would still be deemed impolite, there are acceptable Plan Bs to get rid of the boyfriend. These plans may include slander, bribes, or all-expenses-paid invitations to potentially deadly excursions: a mountain climb up the K2, a “become a fakir in 24 hours” crash course, or a gift certificate from a shopping mall to be claimed only during rush hour.

I don’t know why there are people who turn to love when they should turn to a psychiatrist.

To arouse too much attraction in too many women at the same time is the opposite of what a lover wants, which is namely to attract the attention of his suitor. So appearing on television to tell your impossible love story should be avoided, no matter how much it may move others. It is not right to lose weight for love, nor is it right to put on weight for love, and attending a Justin Bieber concert is not justified even if it were to mean a crack at wooing the aforementioned Sharapova. And throwing a surprise party to ask for a girl’s hand in marriage is a very boring proposal, unless the girl is the fiancée of one of your guests.

The locks-of-hair issue deserves a mention of its own. It remains probably the only amorous practice that justifies opening a serious debate on the reinstatement of hanging. Hanging also has the virtue of exemplarity: There is no known case of any hanged person in history who has repeated the practice of sending locks of hair.

For love one can betray a friend, set fire to almost anything, or block Elon Musk on Twitter. But not change cars. Changing your car is the most important decision in life after choosing the right glass for your rum and coke. And to be conditioned by love is to disrespect it. Men and women should only change cars when they are absolutely sure that they are not in love.

Men unrequited by the lady of their dreams have an amazing tendency to climb places. Climbing anywhere is not a good idea. You can fall. And a lover who plummets from the top of a building becomes hard to love. Rooftops were once intended for pigeons and window cleaners, who I expect head down to the sidewalk with a banner when they want to get the attention of the girl they fancy. From the top of a rooftop, you are not more attractive, nor are you a better person, nor more romantic. From the top of a rooftop, you are only smaller, if the girl is down below. And more of an idiot, if your intention is to force the girl to accept your love under the duress of throwing yourself into oblivion. (READ MORE from Itxu Díaz: Things Elon Musk Should Do Today)

Never eat anything you wouldn’t have eaten before falling in love: Thousands of men faint every year in Vietnamese restaurants trying to pick up some modern woman with cosmopolitan aspirations. Don’t change your vote, or go to a rally, or pass a law with the sole objective of getting the girl of your dreams; remember Bill Clinton. Mixing ideology with love only attracts politicians, and I strongly advise against falling in love with someone whose highest aspiration is to end up in a ballot box.

Finally, there is no consensus on tattoos. As a rule, it is not a good idea to get anyone’s name tattooed. But if you absolutely have to — for example, if you’ve lost a bet — make sure your partner’s name is Sophia, Emma, Michael, or Richard. It’s a lot easier to find a new Michael than a new Rome when yours decides to go up One World Trade Center with a ridiculous banner and propose to you.