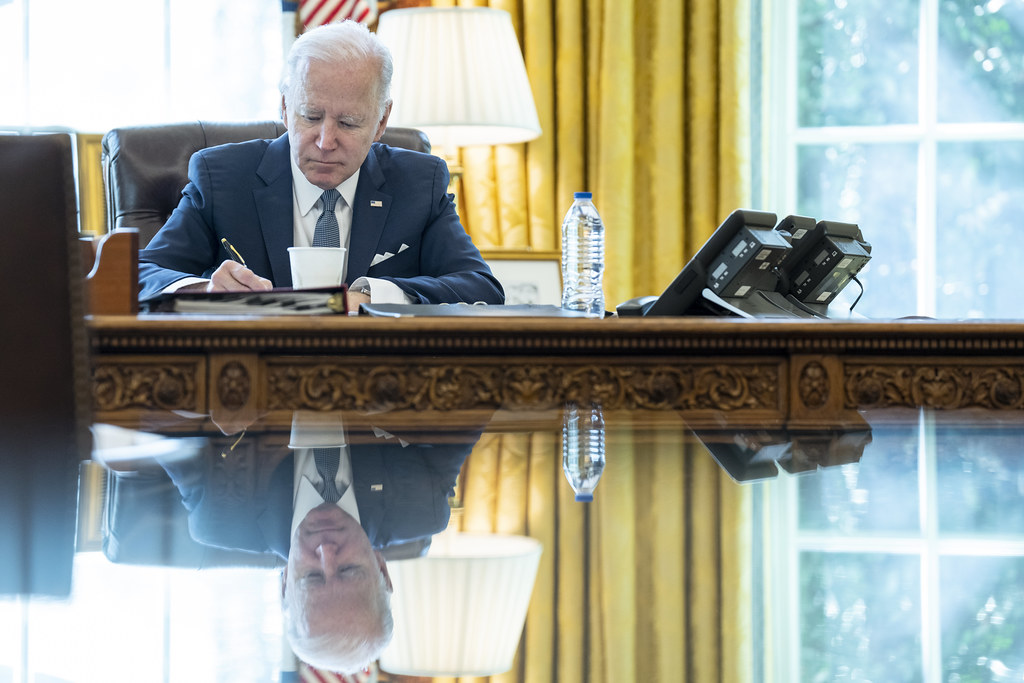 Daniel Flynn reported in the April 8 edition of Spectator A.M. on a recent debate between two distinguished professors on the topic “Return to the Founders to Save America.” Flynn quoted one of the debaters, Patrick Deneen of Notre Dame, in a painful yet accurate point he made about current American political feeling: “One side that thinks we’re on the threshold of fascism and the other side thinks we’re on the threshold of fascism.”

Let us assume we are using ‘fascism’ here in its broad sense as a totalitarian system that requires all its subjects to have no allegiance to anything other than its power. This means that the state system becomes the object of worship and those who oppose it are not merely dissenters but heretics whose souls may be saved from further sinning by using even the most extreme forms of compulsion or by simple elimination.

Flynn confessed to finding this depressing, perhaps because it struck him as accurate. Yet one must not look past the point that here at least we have a strong bond uniting the warring halves of our divided body politic — both sides agree that the danger is fascism. It seems fair to say that both sides want to do what it takes to avoid such an end; in all likelihood, both wish to defeat fascism thoroughly and not merely contain it.

Flynn’s observation comes just after another event in D.C., a conference entitled “Living Legacy,” in which such disparate figures as Senate Majority Leader Chuck Schumer, former Connecticut Sen. Joe Lieberman, and Texas Sen. Ted Cruz participated. Coinciding with the week of the 120th anniversary of his birth, this explored the remarkable contributions of Rabbi Menachem M. Schneerson, “the Rebbe,” to Jewish life, American life, and the world at large.

At the core of that contribution is that which fascism most hates and most opposes — a principle of oneness that calls upon us all to never give mere division the final word in anything. Whereas the totalitarian sees his own ideas as the perfect standard and unity is to be achieved by ruthless crushing of anyone that dissents from him, the principle of oneness behind the Rebbe’s thoughts and actions are founded in the reality of the divine spark that makes the core humanity of every person.

As can be traced through history, this revolutionary idea is what set a slave people free from an Egypt in which its ruler was worshipped as a god. For all the ups and downs of history, this idea has been preserved and nourished and taught and spread, forming the sound basis for political freedom. If at the core of everyone’s life there is a spark of God, then as God is free and sovereign, so too we are meant to be free and sovereign in our lives together as members of a body politic.

We may fiercely disagree in facing the problems which have not yet been solved. That is intolerable to fascists, no matter where they may identify along the spectrum, for they believe themselves to be in possession of the entire truth; to disagree with that is to apostatize.

Surely disagreement is not pleasant and we all dream of being at one in the truth with everyone. Yet when we find that there is not yet full agreement, is our initial reaction that the other must be to blame? Or is our response rather that there is something here to be worked out in all its difficulty? Surely, working it out together works better.

Rabbinic texts report an ongoing series of intense debates between two great rabbis just over 2,000 years ago: Hillel and Shammai. Their arguments were substantive and frequent; sometimes they were polite, and sometimes some of the followers of each school descended into less than respectful behavior. For all the passion and vigor of the ongoing division, even after the questions at law were settled, the arguments of each side were preserved and they continue to be studied to this day.

And they are studied not as the example of what is right and victorious on the one side and that which is nefarious and malevolent on the other. Both are studied as teachings that are holy as well as instructive. They both teach us things lastingly true and give insight into our human situation as we strive to realize the divine plan for a world whose Creator deems it “good … good … very good.” The rabbis reported a heavenly voice saying of that ancient controversy, “These and these are the words of the living God.”

The point was not that of modern cynical nihilism, the fertile soil in which fascism grows, that all opinions are equally valid, or more accurate to their thinking, equally absurd. In the end, after debate, the law was decided that was one law for all.

It is rather that the underlying constitution worked and a working constitution can lift up all sides of a controversy by allowing and encouraging and requiring the deepest and most meaningful thrashing through of the problems we all face as people living together.

But the existence of a constitution is not in itself enough. A constitution can be subverted or gamed, like anything else human. Joseph Stalin had a constitution written that sounded wonderful and free, but in reality, no citizen of his state was sovereign. His were the only rights; every other part of their lives was on sufferance, which could be withdrawn at will.

The Rebbe was born in Ukraine when it was not independent, and when it was a hotbed of vicious and violent antisemitism. He fled there when Stalin’s iron hand tightened around it, studying in Berlin and then Paris. He fled Paris when Hitler’s fascist legions brought death and destruction to the Jews there and to so many others. In America, he found refuge. More: he found a response in a land he called a “country of kindness” to the underlying message of our all being united by a constitution. In a country whose independence was declared as being based on self-evident truths inherent in Nature and Nature’s God, his message took hold and became ever stronger, ever more resonant.

We are at core enemies of fascism, of the ever-recurrent idolatry of the worship of power.

America’s Constitution has worked in no small part because most of us through our history have realized what John Adams put into words: “Our Constitution was made only for a moral and religious People. It is wholly inadequate to the government of any other.”

Adams’ remarks are at the core of true conservatism. There is nothing more dangerous to the working of our Constitution or any constitution than human beings substituting politics for religion, which inevitably makes a political ideology into a religion, something at which politics is incompetent. Conservatism cannot make itself into the only true view of things, for we are all humans with partial access to the truth. We perfect ourselves through our morality and religion, loving our neighbors, able to then attain to a broader truth for seeing more deeply the humanity of the other.

Yes, we will have to deal practically with human evil, protecting each other and especially the weakest from malevolence and predation. But we are at core enemies of fascism, of the ever-recurrent idolatry of the worship of power and the reduction of all truths to the pursuit of power.

This is a great part of the living legacy of the Rebbe, a man whom Shirley Chisholm and Ronald Reagan alike valued for his sagacity and his deeply human concern. We would do well to hear his message. Look to the foundation of the structure and see that it is sound. It will then survive the incompetency and the foolishness of whoever has built a career on the pursuit of power at all costs. The real power lives in us, the people. We conservatives must be the leaders in helping all Americans not to forget that. We must be the leaders in the reuniting of our country around that all-encompassing good that upholds this world and all its unquenchable yearning for good.