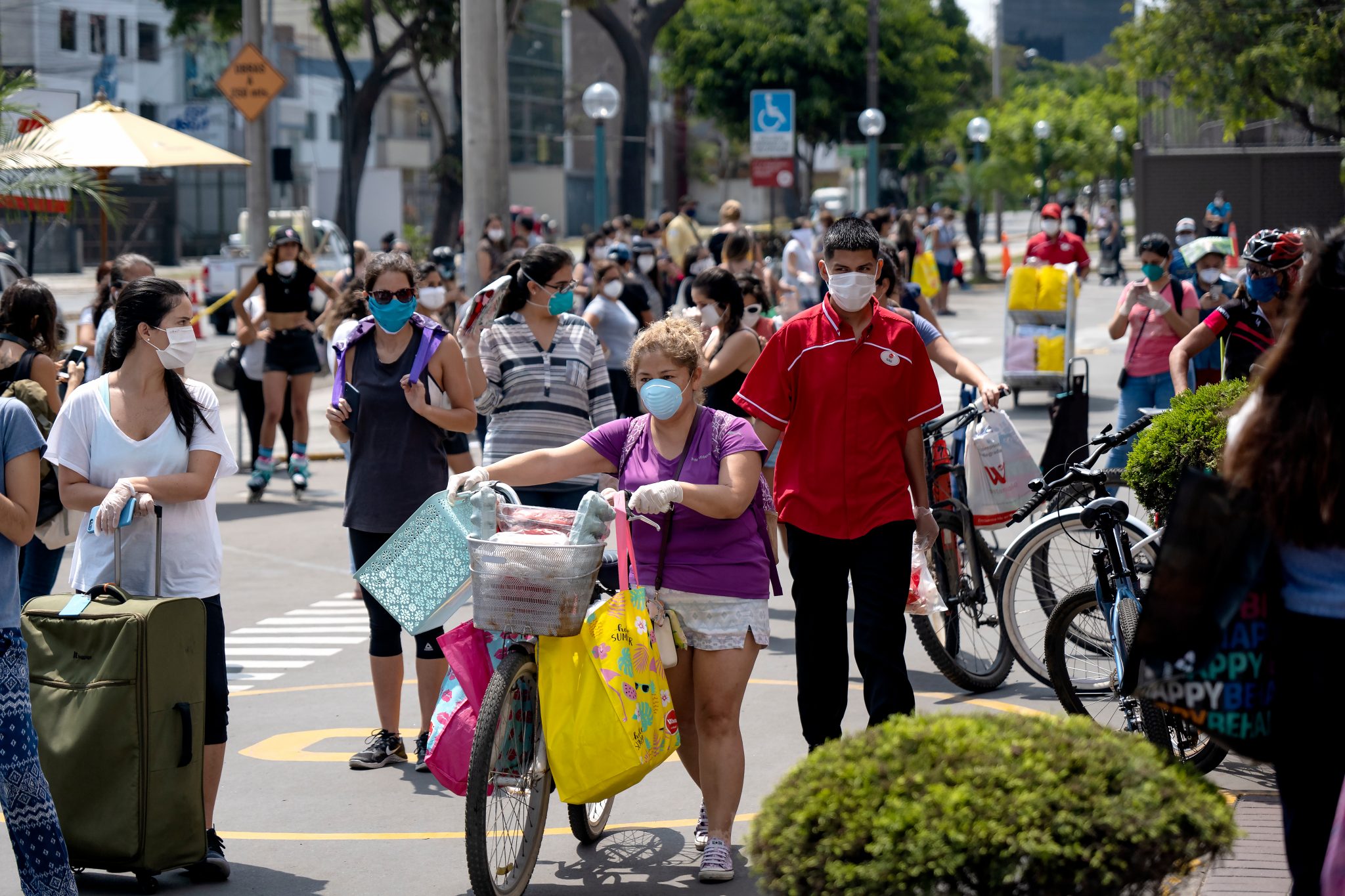 I see a war has broken out even as we talk of opening up our states’ economies. Perhaps I am overly sensitive, but I get the feeling that there is serious disagreement between those who insist on covering their bodies to prevent the spread of the Wuhan virus and those who are taking their chances. The chance-takers wear no masks, no shields, no gloves, and absolutely never don one of those all-covering, full-body protective outfits that leave one looking like an astronaut in the Bulgarian space program. The full-coverage crowd I call the prophylactic wearers. The non-coverage crowd I call — well, I call them the non-coverage crowd.

Friends tell me it is getting pretty acrimonious out there in the grocery stores and the pharmacies where both sides in the protective-attire battles are purchasing supplies.

Now in this battle over what protective attire is to be worn in public I intend to remain absolutely neutral. So far as I have been able to ascertain, no one, neither among the prophylactic wearers nor among the non-coverage crowd, has taken me seriously on the one constructive recommendation that I have made during this crisis. I suggested early on when Dr. Anthony Fauci and the pulchritudinous Dr. Deborah Birx were earnestly urging us to wash our hands after every possible exposure to the virus that we go all the way. I suggested that we wash our hands and our feet. Possibly even blow your nose. Thus far I have heard nothing, not even from the Centers for Disease Control, not even from the Dial soap manufacturers. Nada from the handkerchief manufacturers.

Thus, I am staying out of the to-cover or not-to-cover controversy. In fact, I am staying home. I have undertaken a book assignment, and I am perhaps the only person who has not been in the least discommoded by the public health authorities of late, with the possible exception of the president’s former lawyer Michael Cohen and his former campaign manager Paul Manafort. Both men have been released from prison because of the crisis and are finishing their sentences in the comfort of their own homes. I hope they at least will wash their hands and feet. What else do they have to do?

Yet friends tell me it is getting pretty acrimonious out there in the grocery stores and the pharmacies where both sides in the protective-attire battles are purchasing supplies. A lady told me the other day that she could not tell which side was more warlike. Both sides yelled at her when she stepped into the wrong lane.

These battles remind me of a coinage by the great Tom Wolfe. He coined the term “Championism” in his 2004 novel I Am Charlotte Simmons. According to Tom, people suffer the “real emotions” of “exultation” or “depression” over the fate of those they deem their champions. They usually do not even know much about their champions, but by gum they are completely committed to him. They may have simply walked into a room and seen one team competing with another. Almost inadvertently they just find themselves pulling for that one team. They lose all sense of perspective because of “championism.”

Now as the battle lines are drawn between the prophylactic wearers and the non-coverage crowd, the political commentators will tell you it is all politics. The members of the non-coverage crowd are following the cues from our frolicsome, good-natured president, Mr. Trump. The prophylactic wearers are serious, sober followers of Dr. Fauci and the pulchritudinous Dr. Birx. Well, maybe they are. But allow me to add another thought. How about allowing a literary mind to have his say in the cacophony created by the voices of science and the political voices? There are among the millions of people dressed like they are ready for Halloween and the millions more dressed like normal human beings in an admittedly abnormal era those other citizens. The ones Tom Wolfe talked about. The ones who suffer from “championism.”

They are the people who walked through a room, saw a commentator shouting about COVID-19, and immediately went out and purchased a mask and gloves and shield. There are others who were more relaxed. Possibly they left the room and purchased suntan lotion. Both sides are suffering the “exultation” or the “depression” of “championism.” The fact is, it seems to me, that not many people understand the Wuhan virus. So, go easy on each other, and as for me I am staying home, not because of a virus from China but because of a deadline.