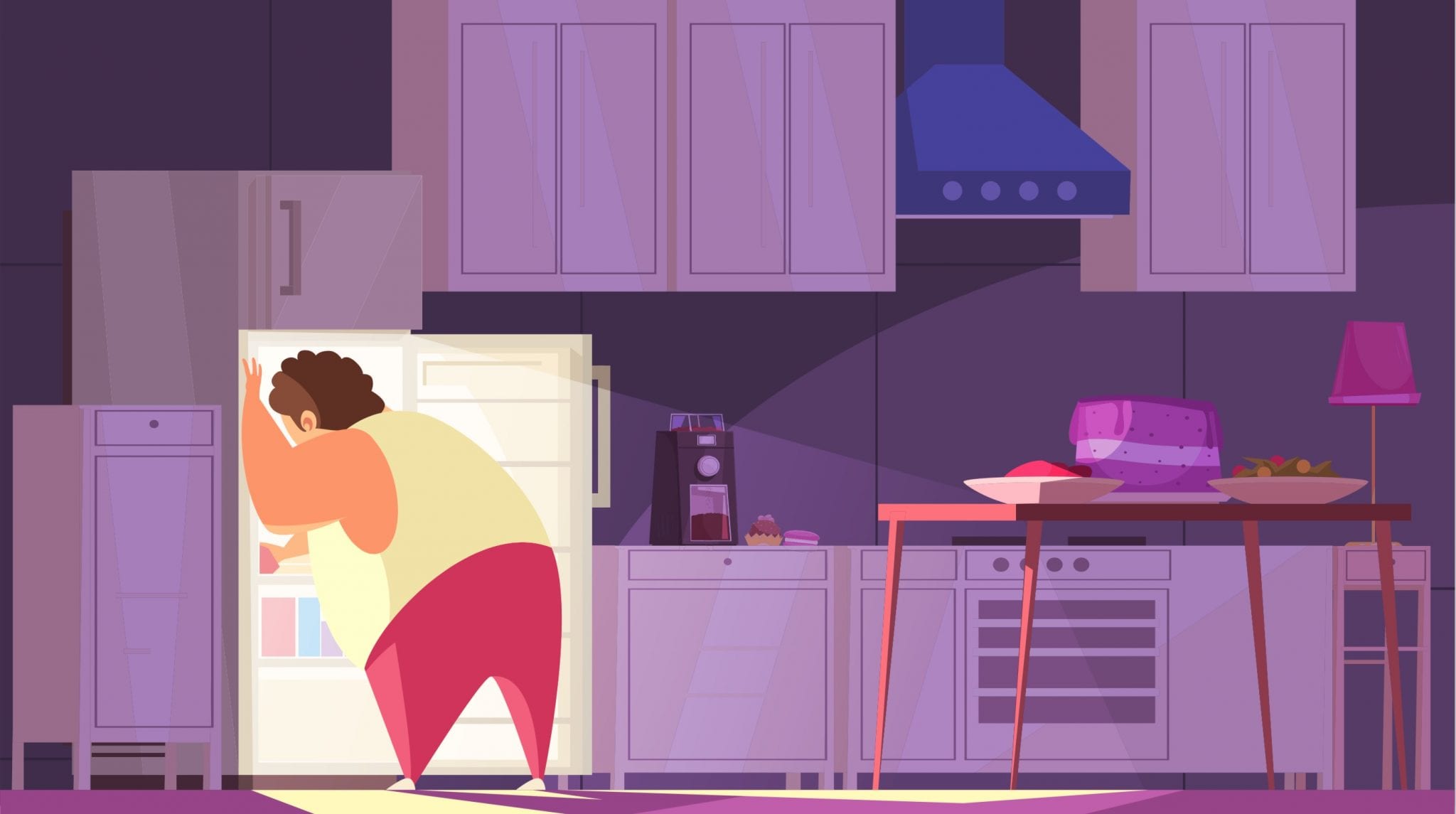 There is a real crisis in America.

The severity of the crisis transcends religious and political boundaries.

Put down the burger. It’s time to hear some harsh truth.

In a stinging piece for The Spectator USA, Will Lloyd noted, “just as the dapper, diffident, pink-cheeked gentleman was once the symbol of Britain’s international prestige, American power has its own archetypal figure: a greedy slob who cannot stop eating.”

Is this an exaggeration? Absolutely not.

After all, it is better to sadden and madden people with the truth than to mollify them with a lie.

Research shows that Americans have, by far, the worst diet in the developed world. According to recent calorie intake data released by The Food and Agriculture Organization, the average Americans eats around 3,600 calories a day. There are 78 million obese adults living in America. That’s almost a quarter of the population.

Furthermore, less than a quarter of Americans are meeting all national physical activity guidelines, according to a 2018 report from the Centers for Disease Control and Prevention’s National Center for Health Statistics (NCHS). Federal physical activity guidelines recommend that adults get at least 150 minutes of moderate exercise each week, in addition to muscle-strengthening activities at least twice a week. However, according to the 2018 NCHS report, which drew on five years of data from the National Health Interview Survey, only about 23% of adults ages 18 to 64 are hitting both of those marks. Another 32% meet one but not both, and almost 45% fail to hit either target.

You are probably familiar with the concept of a habituation, which involves a decrease in response to a stimulus after repeated presentations. For example, a new sound in your immediate environment, such as a new phone alarm, may initially draw your attention. After a period of time, however, the effect begins to diminish. Eventually, the alarm ceases to alarm you.

There was a time when obesity alarmed us. Those days appear to be long gone.

Remember when the term “body positivity” provided a powerful antidote to the media’s obsession with malnourished models?

“Body positivity” was once genuinely empowering, allowing women of non-Ariana Grande proportions to walk around with a sense of confidence. The movement once attacked impossible beauty ideals. Now, however, plus-size models and Instagram influencers have broadened the term (literally and figuratively) to include “fat acceptance.” This movement – no, crusade – has one goal: to normalize obesity. Not only is it “OK” to be fat, we should take pride in being fat. Of course, gluttony is just one part of the rotund equation. Prescriptions, mental health, isolation, loneliness, self-esteem and genetics all play a role in an individual’s ability to maintain a healthy weight.

When addressing obesity, judgment is never a productive approach. Research has shown that even parents of overweight children discriminate against them. Why? A suspicion of flawed character, perhaps? A profound fear that the child lacks self-regulation? A sign of flawed character, which is reflected on them as parents?

Of course, no “one size fits all” explanation exists; nevertheless, there is an onus on parents to protect their children from danger, and this includes protecting them against the dangers posed by living unhealthy lives. Hiding behind a concept like “fat pride,” for example, is intuitively lazy. It also happens to be a dangerous form of denial.

Over the past two decades, according to a study published in December of 2018, most Americans have grown wider but not taller. Although height measurements have remained relatively stable since the late 1990s, even dropping slightly between 2015 and 2016 for some groups, the weight, waist circumference and body mass index (BMI) of millions of Americans continue to rise. Researchers from the National Center for Health Statistics, part of the U.S. Centers for Disease Control and Prevention, noted that: “The current report provides updated data on trends in weight, height, waist circumference, and BMI from 1999-2000 through 2015-2016, showing an increase of over 8 pounds in men and 7 pounds in women over this time period and overall, no increase in height.

According to the report, white men and women, along with Mexican-Americans and black women, have put on the most pounds. Asian-American men and women fared the best. Also, black men, whose weights leveled off between 2005 and 2016, saw minimal differences in weight gain over the two decades.

Judging by the tone of the report, the future looks bleak… and very fat.

In 1960, according to CDC reports, the average American man weighed somewhere around 166 pounds. By 2002, it had increased to 190. During that same time period, however, average height increased by just one inch, from 5 feet 8 inches to 5 feet 9 inches. From 2002 to 2016, average height stayed the same. Weight, on the other hand, jumped some 8.5 pounds on average for men. In 2019, the average American man weighs close to 200 pounds. The fairer sex doesn’t fare much better; in the space of less than two decades, the average weight of American women has gone from 163.8 pounds in 2000 to 171 pounds today.

The explanations, as you can imagine, are pretty obvious. Diets are getting worse. People are working longer hours. The idea of serious exercise is rarely taken seriously. However, the problems run much deeper; they are pathological in nature. These problems are part of the American social fabric. Obesity is embedded in American culture, from the stress of the workplace to the sensory onslaught of food advertising. The tradition of holiday overindulgence has become a tradition of daily overindulgence. America’s taste buds are raised on a diet of junk food and sugary snacks. Food is fetishized. Gluttony is glorified.

American kids are getting fatter, too. Research suggests that about 35 to 40 percent of a child’s weight predisposition is inherited from his or her parents. In some cases of childhood obesity, the genetic impact may be as high as 60 percent.

Of course, the U.S. doesn’t have a monopoly on flab; nevertheless, it currently ranks as the most obese country in the world. If current trends hold, every state in the nation will have an obesity rate greater than 44 percent by 2030.

Today’s Millennials are on track to become the fattest generation in American history; future American adults will likely suffer from unprecedented levels of cancer and diabetes. If a healthy economy requires a healthy population, the United States is in trouble. Now, that is food for thought.