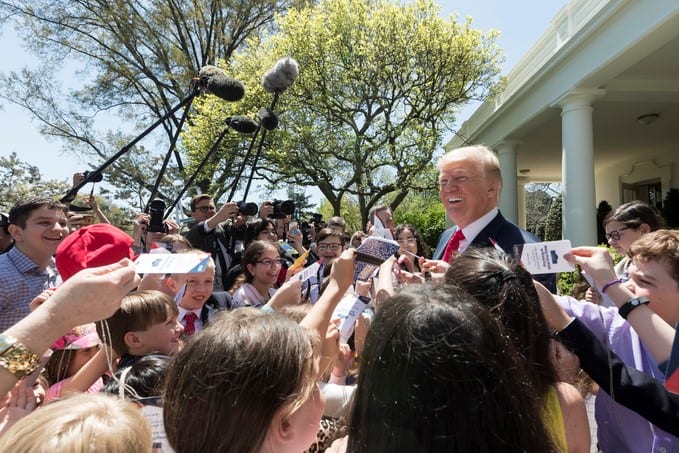 If the first couple of years are any indication, Trump’s presidency will almost certainly go down in history as one of America’s most divisive and dramatic.

Long-term friendships and family bonds have been shattered, and the unrest is such that pundits are actually discussing the possibility of a civil war. It’s sadly not out of the question; the increasing violence of the radical left and the laughable comparisons to Nazi Germany from the Watergate-obsessed media are sowing discord rarely seen in American society.

But the present turmoil is a small price to pay for the cold, hard truths emerging from the chaos. These revelations have long been postulated by conservatives, but Trump’s success in the Oval Office has cast aside any shadow of doubt hovering over their validity. And while there are likely too many to count, three in particular stand out as undeniable among those with a mere modicum of common sense.

Lowering taxes does increase revenue. This debate is as old as politics itself, but thanks to Trump’s tax cut, the largest in more than three decades, it can finally be put to rest. The fruits of the legislation have been ripe indeed as companies repatriated nearly one-third of a trillion dollars in a mere six months following the tax cut and invested heavily in employee training and infrastructure.

But perhaps its greatest worth is ending the supply side vs. Keynesian debate once and for all.

As proof, consider that the federal government collected a record $1.3 trillion in income taxes through the first nine months of FY18, beating the previous record by $71 billion, which was set during the same period last year. And as the economy shows few signs of slowing down, these numbers may well continue to increase.

Of course, the idea that cutting taxes leads to greater opportunity and revenue has long been common knowledge; after all, there’s a reason Barack Obama extended his predecessor’s tax cuts in the midst of the most significant economic downturn since the Great Depression.

But Trump has caused the left to abandon even the most conventional wisdom and defend the most absurd positions. Who knew that half of America were Nazis before he won the Presidency? Which brings us to the next great truth.

Racism is the left’s problem, not the right’s. Despite never-ending accusations of racism aimed at Trump by delusional Democrats and their public relations representatives in the mainstream media, minorities aren’t buying it.

Approval of the President among African Americans hit 36 percent in mid-August, up 17 percent from the same period in 2017. And Trump’s approval among Hispanics climbed an astonishing ten percentage points in a single month over the summer, even as the administration faced unprecedented criticism over its family separation policy.

Of course, the second hard truth is closely tied to the first. Trump’s economic policies, such as the tax cut and increased deregulation, have created a business-friendly environment in which everyone is winning — in fact, unemployment for both blacks and Hispanics hit record lows under the most “racist” administration in modern history.

As minorities prosper, however, the modern left is openly embracing, and even rewarding, anti-white bigotry. The degree to which such views are tolerated among supposedly open-minded liberals was brought to light with the New York Times’ addition of Sarah Jeong to its editorial board. For those unfamiliar, Jeong’s greatest Twitter hits include “Oh man it’s kind of sick how much joy I get out of being cruel to old white men”; “White people marking up the internet with their opinions like dogs pissing on fire hydrants”; and “#CancelWhitePeople,” to name but a few.

Rather than pay a professional price for such unapologetic vitriol, Jeong was defended, and even applauded, by her peers in the mainstream media; and they wonder why the American public trust them slightly less than rattlesnakes. Which brings us to our third, and final, great truth.

The deep state is real. Despite the media’s obsessive and positive coverage of Robert Mueller’s “collusion” investigation, and their willful shooing aside of its numerous shortcomings and inconsistencies, the truth is slowly but surely coming out. And it appears Trump was right all along.

There can be little doubt that, given what we know now, federal agencies were harnessed to both excuse Hillary Clinton’s transgressions and impede Donald Trump’s Presidency. The facts are:

We also now also know that six major players at the DOJ and FBI have been either reassigned or fired based on recent revelations; one-time FBI Director James Comey’s claim that the FBI scientifically deduced the dangers of Hillary’s emails is very likely bunk; and that by all accounts, Mueller himself is leaning heavily toward obstruction of justice charges rather than anything based on actual collusion (if Trump’s found guilty of obstructing a bogus investigation, will anyone care?).

Let’s face it: if Mueller’s investigation was a criminal trial it would have been dismissed long ago due to law enforcement cover-ups and prosecutorial misconduct. And a legitimate investigation into Hillary’s doings would have her serving hard time rather than allowing her to travel the world making speeches.

But alas, this is the Trump era, in which Democrats and the mainstream media are hell bent on bringing down the country if it also means bringing down Trump, facts be damned.

The good news is that the truth almost always comes to light. And Trump’s success, though rocky, is proving to be one hell of a lamp.