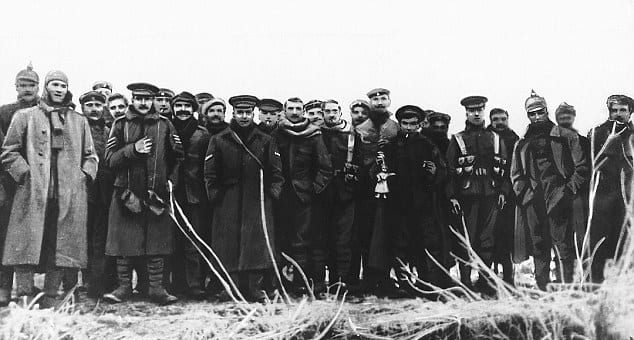 The First World War’s Christmas Truce witnessing impromptu soccer matches between the combatants and mutual caroling among Germans and Frenchmen proves that adults trying to kill one another one minute can treat one another humanely the next. This 105-year-old precedent, if nothing else, suggests that a truce could emerge between Democrats and Republicans — but probably not before Christmas.

A common enemy might help this surreal spectacle supplant the Monday Night Raw approach to politics currently in vogue. In Hollywood, invading space aliens often serve this unifying purpose. In Washington, villains more loathsome than the politicians, though not the Martians, do.

Recent headlines point to one such group: “Why Amazon paid no 2018 US federal income tax” (CNBC.com), “Chevron Made $ 4.5 Billion in 2018. So Why Did the IRS Give Them a Refund?” (Mother Jones), “Walmart dodged up to $2.6 billion in US tax through a ‘fictitious’ Chinese entity, former executive says” (Quartz.com), and “From Amazon to GM, here are all the major tech and transportation companies who avoided federal income tax expenses last year” (BusinessInsider.com).

Even after the tax reforms of late 2017 that reduced the corporate rate from 35 to 21 percent and encouraged the repatriation of overseas cash, upwards of $3 trillion from U.S. companies remains untaxed abroad. “Tax Overhaul Could End Record Pileup of Offshore Cash,” read a hopeful headline at the Wall Street Journal that appeared a month before tax reforms. Nearly a half-trillion dollars sheltered overseas did return in the six months after the reforms. “Now $465 billion in ‘repatriated’ cash is not exactly chump change,” MarketWatch noted. “Yet it’s only about one-sixth of an estimated $3 trillion or more in profits that U.S. companies have parked overseas. President Trump said the tax law would result in $4 trillion being repatriated, generating more investment and jobs in the U.S.”

Overseas shelters represent one means of tax avoidance. To get a sense of the advantages large corporations enjoy in exploiting legal loopholes, consider the history of tax rates and revenues. During the early days of World War II, for instance, the highest individual rates doubled the rates for corporations. Yet, corporations paid a larger total amount in income taxes than individuals. Now, the highest individual rate nearly doubles the corporate rate. Yet, the federal government receives about eight times as much from individual income taxes as it does from corporate taxes.

Making the tax code more effective in raising revenue should be a political objective. Reducing the $1 trillion deficit by $500 billion could be within reach with a large part of that coming from tax simplification (another way of saying honesty in rates). Making the tax code simpler will increase revenue and reduce income inequality without the need to raise rates.

Federal revenue has basically flatlined at $3.4 trillion since 2015. Corporate income tax generates under $300 billion per year. Amazon boasts over $20 billion of cash earnings and pays no U.S. income tax. As the Institute on Taxation and Economic Policy points out, “Just five companies — Bank of America, J.P. Morgan Chase, Wells Fargo, Amazon, and Verizon — collectively enjoyed more than $16 billion in tax breaks in 2018.”

Double taxation encourages corporations and individual owners to work to avoid paying taxes. Credit to taxpayers’ dividend income for income tax paid on the income of corporations will encourage more dividends. Corporate officers would make additional income by holding shares and receiving dividends. Limits on deducting bonuses and high salaries would encourage corporate officers to own shares for the dividend income. U.S. corporations would be valued on cash flow after capital expenditures to pay dividends.

Alas, it’s impeachment season during an election year. If heaven can wait, so can the reforms.

The notion of Democrats and Republicans coming together on anything — a resolution condemning cancer or praising Christmas — seems far-fetched amid rancorous times. But as one German generations removed from those other Germans playing soccer during the Christmas Truce once reminded, “Politics is the art of the possible.”