by George Neumayr
Sue Fulton, who is nominated to be assistant secretary of defense for manpower and reserve affairs. (House Transportation & Infrastructure Committee/Youtube) 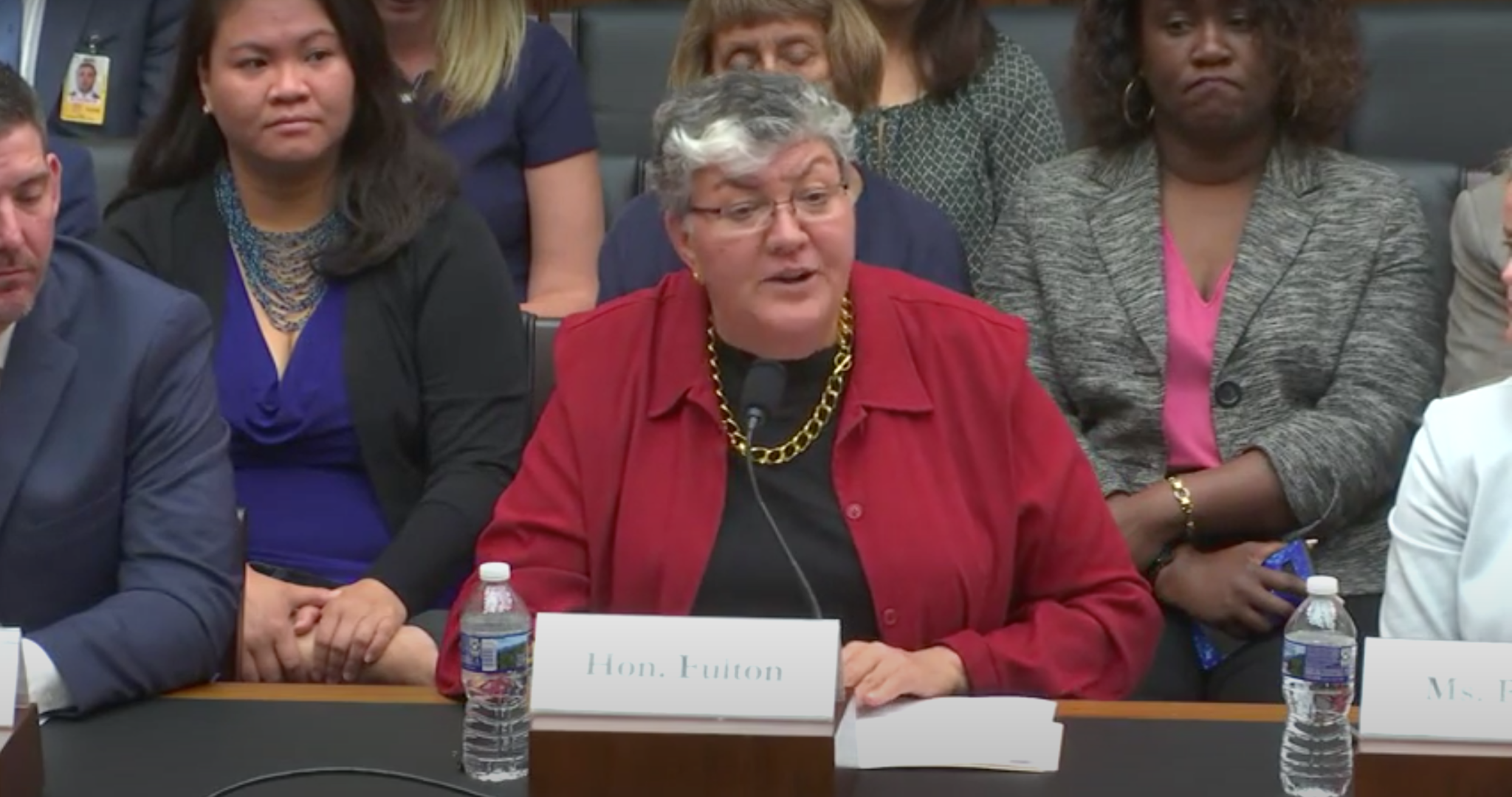 Military chaplains who adhere to traditional Christian teaching find themselves with targets on their backs in Joe Biden’s military. Its amorphous definition of “bigotry” clearly extends to the historic teachings of Christianity about the natural moral law. Earlier this year, a chaplain who merely criticized transgenderism in a Facebook post was subject to an Army investigation.

A foreshadowing of the persecution of Christian military chaplains could already be glimpsed under the Obama-Biden administration. In 2010, a top Army official described conservative Christian members of the military as “bigoted” and said those who can’t support the LGBT agenda “need to get out.”

That view is even more pronounced today among Biden’s military brass. Biden has selected Brenda Sue Fulton, a prominent LGBT activist and outspoken critic of orthodox Christians, to the Pentagon post that oversees military chaplains. Republican senators drew attention to the outrageousness of this nomination at her confirmation hearing last week. Fulton has argued that religious freedom should not “mean conservative Christians can dictate their beliefs to the rest of us.”

“I think you’ll understand why so many members of this committee and the Senate do not think you are fit to take over this position,” Sen. Tom Cotton said to Fulton at her hearing. “You are going to be in charge of military chaplains. You are nominated to be the assistant secretary of Defense for manpower and reserve affairs and you have a long history of offensive, inflammatory accusation against Bible-believing Christians. I will oppose this nomination and I certainly hope the entire Senate will oppose it as well.”

In a 2017 interview with the New York Times, Fulton said that traditionally-minded chaplains should leave the military:

Her nomination is typical of Biden’s in-your-face personnel picks. By seeking to place an LGBT activist over military chaplains, he couldn’t make his contempt for Christian America any clearer. He takes special relish in liberalizing and de-Christianizing the military, since it is one of America’s most historically conservative institutions.

Submit to my secularism or leave the public square — that has been Biden’s message to Christians since the beginning of his administration. Should she be confirmed, Fulton will serve as an enforcer of this message to chaplains. One assumes that many conservative chaplains will quietly leave the military. But those who don’t will find themselves censored and punished unless they serve as stooges for Biden’s secularism.

“One estimate indicates that nearly two-thirds of military chaplains identify as evangelistic Christians, and only about 15 percent of service members do,” Fulton has complained. “We’ve had a number of instances in which a gay or transgender troop will visit a chaplain and hear, ‘Well, I can’t talk to you unless you confess your sin and turn straight or be who God made you to be.’”

Implicit in this complaint is that chaplains, if they wish to remain in the military, must change their preaching and counseling. For the Biden administration, the First Amendment doesn’t even protect military chaplains. One of the “rights” they must surrender to Biden’s secularist commissars is any meaningful semblance of religious freedom.

In Biden’s America, military chaplains will be reduced to propagandists for the pols in power, not unlike the Orthodox clergy under the Soviets. This is an inevitable outgrowth of liberalism’s ahistorical and twisted view of the First Amendment, which spins it not as a protection for religion but as a protection against religion.

That is what Biden means whenever he talks about the limits of religious freedom. “Nondiscrimination” is the rhetorical weapon with which he beats Christians down. What would once have been considered unthinkable — the court-martialing of Christian chaplains for simply upholding perennial teachings of Christianity — is sure to figure into America’s future.