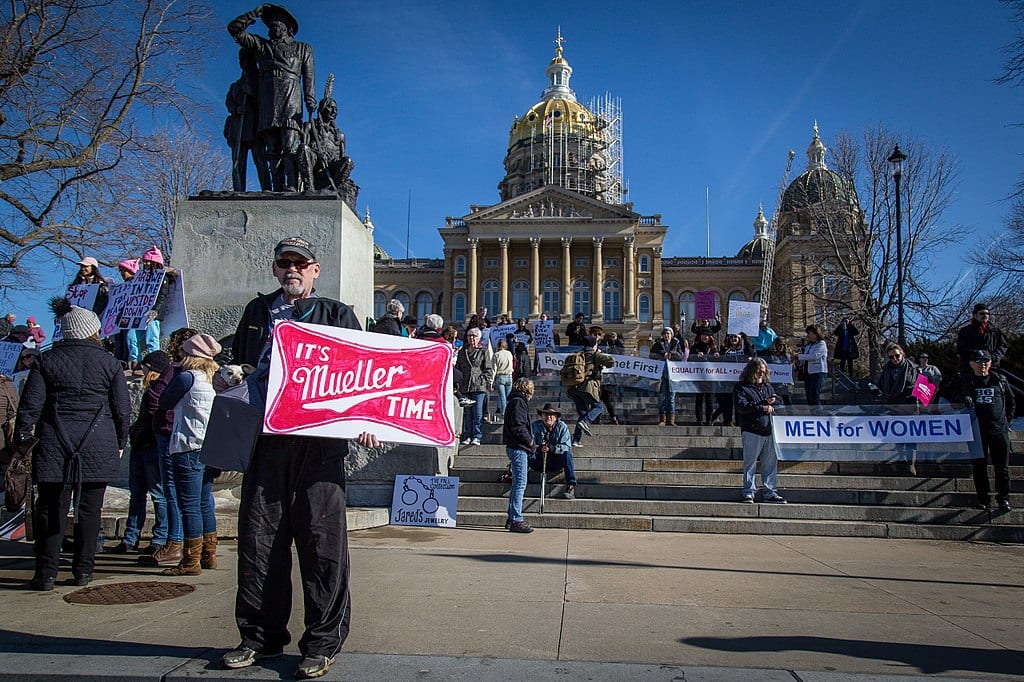 The show’s over. The monkey’s dead.

Notwithstanding, please, that “dead,” in contemporary political parlance, is a relative term. No political stink ever entirely evaporates: We may expect the general public, through the media and its internet proxies, to chew over the Mueller report for years, emitting belches and strangulated noises of outrage.

There will be “Ah, buts” aplenty; there will be “hold it right theres” and “whutter-you-talkin’-abouts.” And this will go on and on. Fragments of doubt and disgust will float endlessly in the air.

And when you come down to it, that’s just fine. No political attempt to shut down discourse was ever good for a democratic people. Every American has a right to the hand of cards he holds. But with the issuance of the long-awaited Mueller report, organ grinder and monkey alike look dead as doornails.

“…[T]he Special counsel did not find that any U.S. person or Trump campaign official or associate conspired or knowingly coordinated with [Russia’s Internet Research Agency] in its efforts [to influence the 2016 election] although the Special Counsel brought criminal charges against a number of Russian nationals and entities in connection with these activities.” Nor was evidence found that the “the Trump campaign, or anyone associated with it, conspired or coordinated” with Russia’s computer hacking operations during the campaign.

Thus Attorney General William Barr, summarizing Special Counsel Robert Mueller’s findings at the end of an inquiry whose running length exceeds, so far as one can tell, its basic importance in U.S. history.

The show was never about Russia so much as it was about Donald Trump: his improbability as president, his character, his manners, his tweets. There’s never been any way he wouldn’t be looked at — hard — for the resolving of suspicions he was up to no good. Looked at he was, for the merest suspicions kindled by his relationships with such as Paul Manafort and Roger Stone. Not to mention Vladimir Putin.

In the end, given the nation’s Grand Canyon-like political divisions, Christ and the holy angels might have proved incompetent to douse the fires, or even the embers, of anti-Trump skepticism. If you were for Trump, you saw the show as a witch hunt; if, by contrast, you longed to see him impeached and driven, Lear-like, into the tempest without a raincoat, it was likely that the special counsel would show him up as a conniver and possible Russian stooge. That isn’t where we are now.

Where we are, to be exact, is still standing in this mess, with our trouser legs rolled up — though from Donald Trump’s standpoint, footage is getting firmer and firmer. The special counsel’s statement that Trump can’t be shown as attempting to obstruct justice leaves his enemies free to say, well, just look at all he’s done up to now to hassle the investigators — the tweets, the attacks on critics, the witch hunt claims. There remain the side investigations already underway in New York and the fervor of the Democratic left to commence impeachment proceedings. From the Democrats’ standpoint, glimmers of sunshine still can be seen.

We’ll see about all that. Reflection suggests that Trump, having deflected showers of arrows meant for his carcass, will fire those same shafts back at the impeachment lobby. Look what they tried to do to me! And it didn’t work, did it? No one should doubt Trump hasn’t the stuff to pull off the political push-back. His support base will be invigorated, and more solidly behind him than ever.

As a means of anti-Trump leverage, the Russian “collusion” inquiry was a long shot to begin with. It never made sense that a major-party presidential candidate would canoodle with a mostly unfriendly foreign power: fearless of being found out and punished for a staggeringly dumb stratagem. Donald Trump is many things, not all of them associated with Aristotle’s catalog of virtues. One thing he isn’t, it would appear to me, is dumb as a bag of granite rocks.