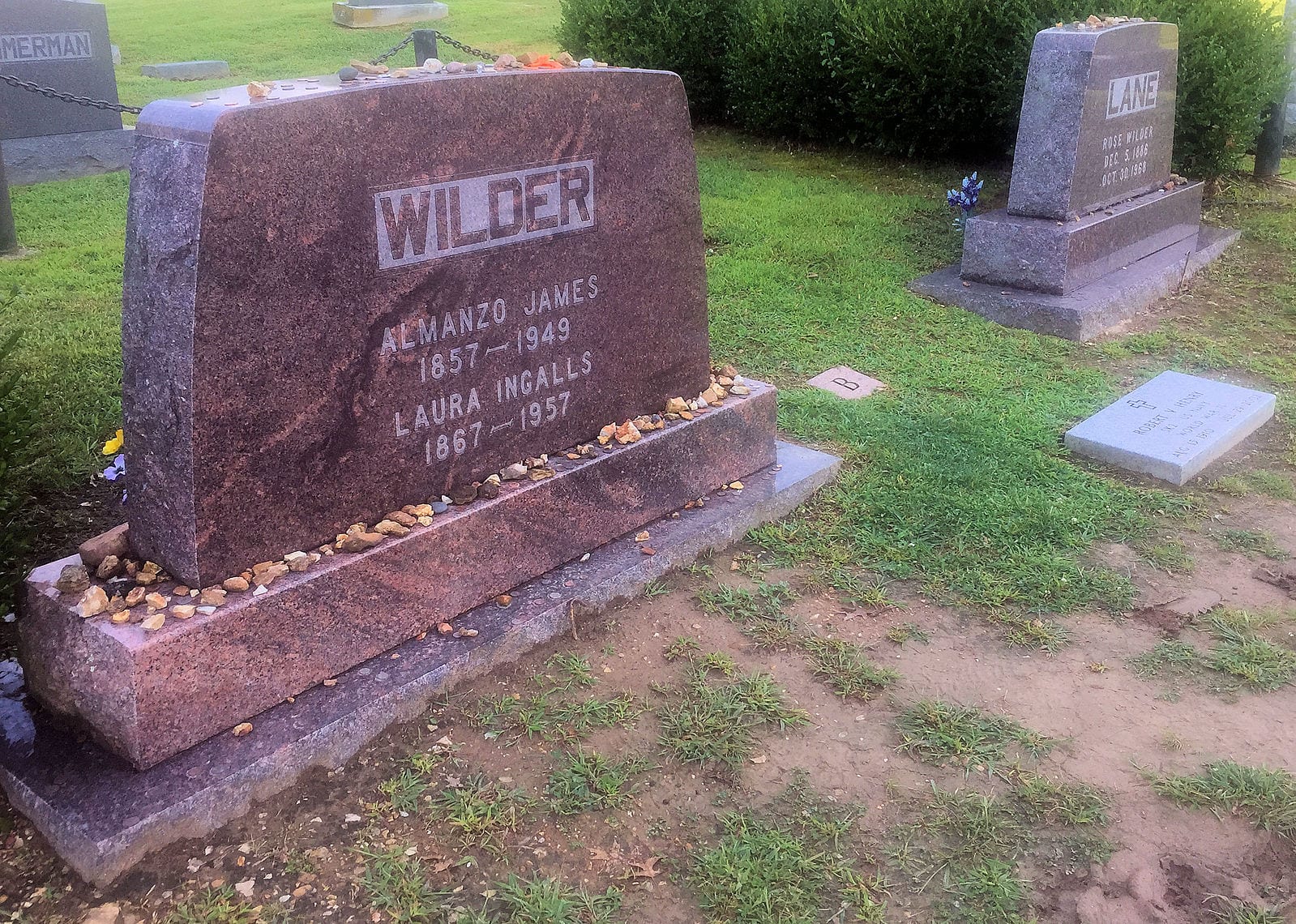 In another example of political correctness gone awry, the American Library Association decided to drop Laura Ingalls Wilder’s name from a prestigious children’s literature award. According to the statement, the author, as represented by her “Little House” series, “reflect dated cultural attitudes towards indigenous people and people of color that contradict modern acceptance, celebration and understanding of diverse communities.”

Oh, please. If we are to go by that criteria, we might as well toss out an entire canon of classics including Mark Twain’s Huckleberry Finn — though I notice no one is renaming “The Mark Twain Prize for Humor” given annually to celebrities and rarely to actual writers.

Laura Ingalls Wilder started publishing her series of Little House books in 1932. Her first, Little House in the Big Woods, was followed with six more into the 1940s. The series told the saga of the family struggles as they pioneered the woodlands and prairies of America during the 1870s and 1880s, from Wisconsin to Minnesota to South Dakota to Iowa. The narration is from the perspective of a child named Laura, from the time she is five to seventeen.

Imagine their journey, the infernal deprivation and hard work, crops ruined by storms and grasshoppers. Or the long winter, with temperatures below zero, twisting hay into kindling before sitting to a scanty meal of potatoes and bread. Not all settlers could take it. Nor, I venture, could you or I. Instead, Pa played the fiddle, singing “Where There’s a Will There’s a Way.”

The most famous was Little House on the Prairie, the basis for the popular if inane television series of the same name. The books were translated worldwide. Each of the “little houses” still exists and are maintained as landmarks, visited by thousands. The Library of America reprinted the series in 2012, celebrating its evocation of a time and place, its characterizations of resourcefulness and optimism.

The inspiration for the Little House series came from Wilder’s memories of her father, Charles P. Ingalls. He is the real hero, and it was through Laura’s eyes that we take note how he handles individuals and situations and are subsequently guided in our judgment. When Ma or other characters express disdain against certain groups, Charles gently corrects. His kindness and fairness earn the respect of the community, but it is we, the readers, who are also affected.

I searched my volumes for examples of pejorative attitudes. Here is what I found: a resounding message of the power of good will, and a demonstration of acceptance. Indian slaughter and settler scalping was common in those days, but unlike the other pioneers in the story, Charles pointedly tells his wife and children he does not believe “the only good Indian is a dead Indian.” He speaks respectfully with those he encounters, learns how to read nature from them, shares his tobacco and food, makes sure his dog is harnessed, tries to understand their point of view. Most importantly, he tries to instill this by way of example to his children. When Indians visit the Ingalls home for food, the family knows well enough to oblige; the Indians, on their part, peacefully leave. When the tribe marches off in proud, silent defeat from their land, the scene is searingly vivid and poignant. When Charles learns he had been squatting illegally on Indian territory, he blames “the blasted politicians in Washington” who had granted him permission and also departs.

We cringe when the white community in Iowa stages a minstrel show for entertainment — again, common during America of that period — and at its description, but we applaud the expertise of Dr. George Tann, a black physician to the Indians and pioneers of Kansas, who helps the family recover from malaria. This is a wise, nuanced story, providing differing points of view in its depiction of the conflict between native cultures, races, and settlers on the American frontier.

I read the Little House books when I was growing up in Brazil, where my father was posted by the U.S. State Department during the 1970s. Although the chronicle of the Ingalls family had taken place one hundred years before, it was very real to me. Thousands of miles of unbroken South American cerrado, with its red macaws, wild parakeets, and puma tracks, was my equivalent of a North American prairie. And though the Trans-Amazon highway was still remote, the impending fate of Brazil’s Indian tribes seemed as sad and as certain as the defeat of Laura’s Osage Indians had been a century before. The Brazilian ministers told my father they admired the way Americans had tamed the West; now it was their turn to harness their own frontier. Even then, child as I was, I sensed loss. Thanks to Wilder’s vivid descriptions, I had witnessed what could happen to pristine grasslands and native peoples once progress settles in.

Children are nurtured on stories. If the best combine lessons of value, they are as vital to the development of critical thinking and character as the quality of diet is to the development of our bodies. In its relentless yearning to steamroller the past and crush it in modern condemnation, in its aspiration to be inclusive and demand that every book explore every adult theme of daily life, the American Library Association made an error in their pathetic explanation as to why they changed the name of their award. The prize was named for a writer who excelled in the craft and artistry of story-telling, who made a distinguished, creative, and sustained contribution to children’s books and demonstrated integrity and respect. Instead, Laura Ingalls Wilder was unfairly disparaged. In 2018, when surly tots are lazily turning to Alexa for answers or spending hours on social media and video games, maybe librarians should keep their focus on how well stories are actually told. That is what will renew an interest for reading, for thinking, and for the making of good citizens.

Marion Elizabeth Rodgers is the author of Mencken: The American Iconoclast.