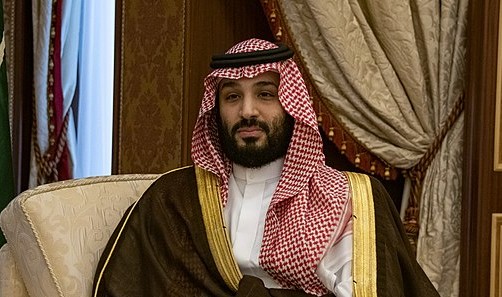 Former President Donald Trump dispensed with the handwringing usually on display when U.S. presidents have cozied up to Saudi Arabia. He purposefully began his first trip abroad in Riyadh.

The author of an executive order known as the Muslim ban even joined in during a ceremonial Saudi sword dance.

That was before the gruesome murder of Saudi journalist and Washington Post contributor Jamal Khashoggi under the watch of Saudi Crown Prince Mohammed bin Salman, or MBS, as he is known by his initials.

As a candidate, President Joe Biden pledged to make the Saudi kingdom a “pariah.”

Biden also stated that he believed MBS ordered the hit on Khashoggi and pledged to make the kingdom “pay the price” for its human rights abuses.

Everyone knew that if he made it into the Oval Office, Biden would have to abandon that campaign rhetoric.

During his recent visit to Jeddah, Biden was left in the awkward position of having to sidle up to the “pariah” crown prince as he pressed the Saudis to pump more oil — a cheeky ask from the Democrat who shut down the Keystone XL Pipeline.

And it says something about the quality of Biden’s staff that the president thought it would look better if he skipped a handshake when MBS greeted him in favor of a fist bump.

I very rarely agree with California Rep. Adam Schiff. But Schiff was on the money when he tweeted, “If we ever needed a visual reminder of the continuing grip oil-rich autocrats have on U.S. foreign policy in the Middle East, we got it today. One fist bump is worth a thousand words.”

I don’t fault Biden for making nice with the Saudis; the kingdom has been a check on Tehran’s scary ambitions, as well as a vital source of oil to international markets.

I do fault Biden for pushing a narrative that supports freezing out Saudi Arabia because of the murder of a journalist but overlooks Beijing’s atrocities. (Of course, murdering a journalist is a human rights abuse, but it’s not genocidal.)

I do fault Biden for declaring he’d make the kingdom a “pariah” when he had to know that if he won the White House, he’d walk back that pledge, and when he did, he would look even more craven and weak.

And so would the United States.