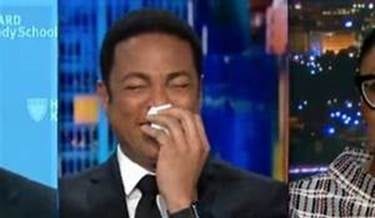 Among the conservative right, capitalists seek to profit, national defense advocates seek to protect, domestic protection advocates seek to defend. Black capitalists are as welcome as White, and Blacks who can master the marketplace are sought in industry. When thugs threaten, conservatives are as excited to see an approaching Black police officer as a White, and we honor Black military veterans as we do Whites for their service. We despise those who randomly criticize our First Responders because we honor all First Responders without regard to race. For us, Blue Lives Matter.

A conservative capitalist engages people based on their skills and their abilities to produce and enhance wealth. If someone Black or Yellow or Blue can add more wealth than can someone White, then the Blue guy gets the job. The best law firms are desperately in search of talented Black and Hispanic attorneys. Hospitals and medical practices give their all to bring outstanding Black and Hispanic physicians and specializing surgeons on staff. Universities contend vigorously for Black and Hispanic scholars.

In more than a decade of practicing law at three of America’s finest law firms, I worked with some brilliant Black and Hispanic colleagues. They all were regarded the same as the Caucasians: you basically are as good as your latest representation. If you are consistently great, you will be made a partner. If you are mediocre, you will not last — unless you can bring in high-paying clients anyway. I remember a colleague of Korean lineage who found a home at a major firm where I worked because he not only was talented but also because Samsung, a major corporation based in South Korea, loved having a Korean-descended attorney working for them. I worked on several Samsung case matters with him. They loved the mix: having a Korean and a Jew handling their cases. Pure stereotyping. (Interestingly, they always won … )

Republican conservatives love Sen. Tim Scott of South Carolina. Not because he is Black, but because he is Tim Scott. We love Ben Carson. If it turned out tomorrow that, like the late Michael Jackson, they both also can be White, it would not make a difference. For conservatives, it is not about race. It never is about race. It is about Ben Carson and Tim Scott. We love Black conservatives as we do White ones. Herman Cain — and I, a strictly kosher consumer, never tasted Godfather’s Pizza. Alan Keyes. Larry Elder. Stacey Dash (and I never saw “Clueless,” as if … ). Thomas Sowell. Clarence Thomas. Col. Allen West. David Webb. Ward Connerly. Roy and Niger Innis. Shelby Steele. Sheriff David Clarke.

And — wow is she great! — Candace Owens.

It is not about race. It is that they are great. I can listen to Larry Elder on radio. He is not Rush Limbaugh, but who is? He is a favorite, a delight. I have handed copies of his book, Dear Father, Dear Son, to several people I have counseled. Not because he is Black, but because he has something wise to say.

Yes, of course White Supremacists are racist. That is what it is. Just as the bigoted Al Sharptons and Louis Farrakhans are racist Black Supremacists. That is what it is. But mainstream conservatives simply do not operate on racial bases. Thus, there was a point in time when I was being sold on how great Colin Powell and Condoleezza Rice were on matters of defense, national security, and foreign affairs. And then I came to decide, after seeing them in action, that they actually were not what the hype had presented. So they are not on my list of the greats, but of the grating. Race is irrelevant.

In other words, race does not matter on the right, to conservatives, to libertarians. Achievements matter. Values. Actions. Ideas. Character. Profits. Skills. But never race. Liberals would not grasp the idea because race is so central to their every thought that they cannot imagine an alternative universe.

Yes, of course we all notice color. We hear accents. But that is not racism or bigotry; that is normal. Marilyn Monroe was blonde. We notice blonde because it is not the society’s mainstream hair color (except in Southern California … ). We notice southpaw — left-handedness — because it is different. We notice blue eyes, red hair — for that matter, blue hair and red eyes. We notice yarmulkas or long beards or bald women like Sinéad O’Connor. But conservatives do not assign importance to those outlier physical traits. We simply notice them, as we notice a stutter, a pimple, a hiccup. And any Left type who says, “Oh, I didn’t even notice he was Black” is full of baloney — and inadvertently admits noticing the person’s gender.

Racism is the purview of the Left. In their universe, everything they do is based on racism. They hire based on a menu of percentages. They decide they need to hire 14.7 percent Blacks, 13.8 percent Hispanics, 12.9 percent Asians, three Cherokees, two Sioux, one Navajo, 52.3 percent women, eight percent transgender, four non-binary, six Pacific Islanders, and two Caucasian gay males. So that is how the interview goes. That is how the hiring committee proceeds. That is life on the Left. Conservatives simply do not think or operate that way.

You want to find racism in America? You have Al Sharpton telling Black people to feel pride that they are the founders of philosophy — and not the “Greek homos” like Aristotle. Can you imagine conservatives talking like that or thinking like that? In college, when we read Plato’s Republic, we discussed his ideas about justice, his metaphor of the cave. None of us analyzed his views in light of his sexual preferences. None of us cared.

You want to find racism in America? Look for an Ilhan Omar who stereotypes Jews, a Rashida Tlaib who does the same. Look for a Don Lemon who believes, in his deepest innermost gut, that any Black person who thinks differently from him must be illiterate, unable to read. No conservative would assume that Don Lemon is an idiot because he cannot read. We assume that he is an idiot despite his being able to read. Yet he laughed uncontrollably when his CNN guest said that Kanye West supports Donald Trump because West is too stupid to have learned to read. No CNN guest one would say that about a Jew, like me, who supports President Trump — because the stereotype is that Jews read. But they would say that about a Black — that he cannot read — even though he is one of the most successful entrepreneurs and entertainers in America.

For more than seven decades, most of it in public life, Donald Trump never was accused of racism. NBC loved him. Politicians pursued him. Late-night talk shows begged him to appear. Yet, as soon as Donald Trump transitioned to the conservative side of the political spectrum, the Left crowned him a racist. When Trump broadly criticized a White polity like New Hampshire, no one called him racist. But when he did exactly the same to a rat-infested Baltimore district, whose own Black mayor bemoaned the smell of the same rats, he then was tagged racist.

For decades, Black race hustlers and race hucksters — the sorts whom David Webb rightly calls “Race Pimps” — supped at Donald Trump’s side. Sharpton, Jesse Jackson, the whole gang of Race Pimps. They loved Trump. Suddenly, at age 72, he became a racist? A man who is so proud that Black and Hispanic unemployment numbers have plummeted on his watch, who reminds us constantly that “we all bleed the same red, white, and blue?”

In one of this week’s Democrat debates, Don Lemon asked this question: “What do you say to those Trump voters who prioritize the economy over the president’s bigotry?” That “question” was perhaps the most disgusting piece of Fake Newsmedia bigotry … all week. It is in fact Don Lemon who is bigoted, especially against Blacks with whom he disagrees. As a Trump voter, I prioritize the economy over Don Lemon’s bigotry. I prioritize America over CNN’s anti-Semitism. Over Don Lemon’s racism.

It is time to call them out for their racism, for their anti-Semitism, for their anti-Hispanic bigotry, for their pigeonholing all Blacks, all Hispanics, all Jews, all Italians, all Irish, all Poles, all Germans in neat categories that fit their bigoted stereotypes. It is anti-Semitic to extol Rashida Tlaib and Ilhan Omar, as CNN does. It is anti-Semitic to employ, as CNN does, only Left Jews as commentators in a country with Jews like Dennis Prager, Mark Levin, Jeff Jacoby, Ben Shapiro, Matt Drudge, Michael Mukasey, Ben Shapiro, Michael Savage, and a whole army of right-wing conservative Jewish opinion-makers. It is racist to employ exclusively left-wing Blacks in a country that has so many brilliant Black conservatives.

That is racism and bigotry — manipulating a society into believing stereotypes that all people of a certain race, ethnicity, or religion are in the same camp. They are not. There is no racism like the racism of racism.