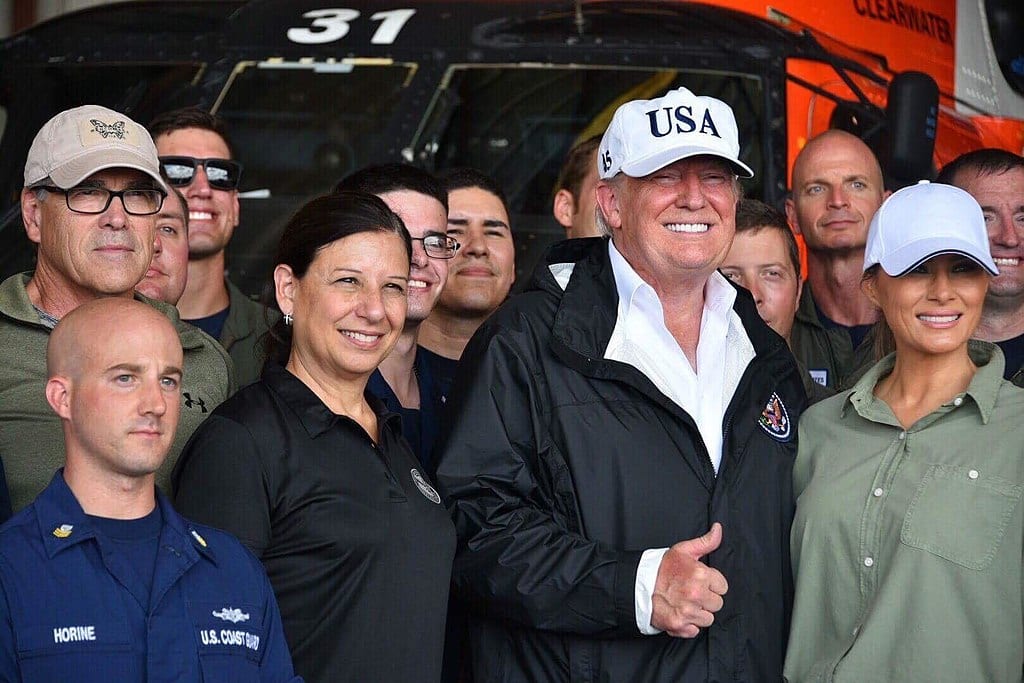 Regarding the president’s language, it is unfortunate it causes such pain to so many gentle souls. You can long for a president with the cadenced eloquence of John F. Kennedy; or you may miss the unerring truth-telling eloquence of Ronald Reagan, reminiscent of the great Daniel Webster, a senatorial model of the sort of language we as citizens deserve to hear; or perhaps you favor the hard-headed but measured eloquence of the Adamses, father and son; and of course there is the supremely simple and wise eloquence of George Washington. No need to mention our greatest orator, whose terse and prophetic eloquence explained the depthless national tragedy he was fated to confront.

But, no luck. We have a president who does not express himself in any of these ways.

So deal with it.

And why not deal with it by thinking, it’s not no luck, it’s luck. He is giving us an opportunity, we should be grateful. The gift to the high school English teacher I once was is obvious: make lesson plans of every Trumpian utterance that becomes a Washington scandale, thus:

Instructional goal: learn to write and speak without using the cliché terms of locker rooms and public evacuatories, nor of politicized lunatics.

Method: Take a key word or phrase seized upon by the Washington press corps and the sages of the New York Times editorial board and, classroom discussion, debate why they are so upset. Topics for discussion can include whether their (press corps, sages, e tutti) commentaries on the case in question give you a clear sense that their upset is genuine. Extra credit for arguing for or against the credibility of the alleged quote, making specific references to the “standards of credibility” checklist.

(I should note here that I used to integrate into my classes history and journalism, much to the scandal of annoying principals and department A.P.’s, who did not quite see why the Lincoln canon or A.J. Liebling and Ernie Pyle, Jimmy Cannon and Frank Deford, should be as much a part of the curriculum as Whitman and Frost.) But to continue:

Class assignment (writing, 20 minutes): Using the dictionary, translate the word or phrase that is at the center of the recent controversy into a form that might have been used by Daniel Webster, Abraham Lincoln, John Kennedy, or your favorite English teacher; obviously, it must convey the same idea; having completed the translations, explain in your own words what you think the president meant and why it speaks to the public issue that provoked the controversy. Suggest by way of conclusion why the highly educated members of the Washington Press Corps, NYT editorial board, etc. prefer to talk about the president than the issue he addressed.

Homework (writing): Define the issue, summarizing the arguments of two or more possible positions. Express in your own words how you feel about this issue and what you think can be done to resolve it, if anything. End with a clear conclusion.

I doubt many school districts will take me up on this, though it could lead to national competitions on the model of spelling bees that would boost literacy, renew the appreciation of the richness of our national language both formal and idiomatic, and in a general sense broaden kids’ minds, which is after all one of the purposes of education. It might even broaden a few teachers’ minds, though I would not bank on it. It will not broaden any minds amongst the Washington Press Corps or the sages of the NYT editorial board. Sad.