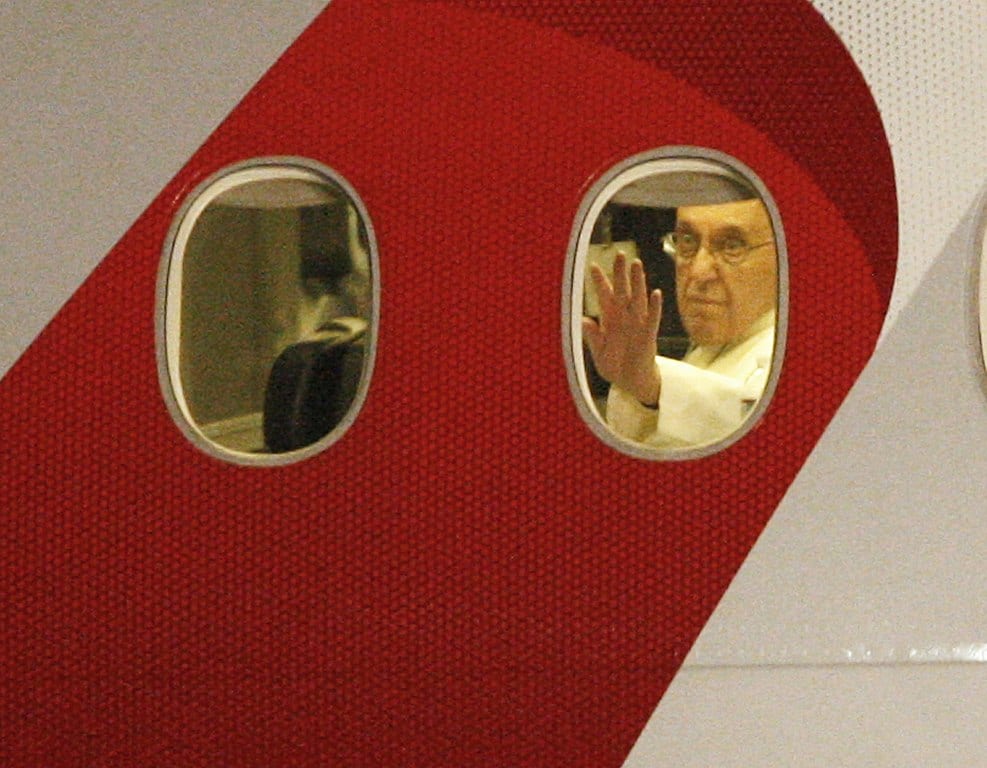 As Catholics headed into the holiest days of the year, they woke up to the headline, “Hell Does Not Exist, Says Pope Francis.” In an interview with the Italian journalist Eugenio Scalfari, Pope Francis declared that the unrepentant don’t suffer in hell but simply “disappear.”

As usual, the Vatican is tamping down the remark’s controversy not by conceding the unreliability of the pope as a teacher of the faith but by questioning the reliability of the journalist. Scalfari’s report is not a “faithful transcription” of the pope’s comments, said the Vatican. Never mind that the pope has made the exact same comment before. As I wrote last year in The Political Pope, “While saying confidently that atheists can go to heaven, he has flirted with theological concepts suggesting that no one goes to hell. The wicked, he told an Italian interviewer, don’t suffer ‘punishment’ but ‘annihilation,’ which means ‘their journey is finished.’”

As I document in the book, Francis delights in that kind of spit-balling, subversive, dilettantish heterodoxy. In Scalfari, a Catholic turned atheistic communist, Francis found his Boswell. The pope has given him at least five major interviews and thought so highly of the first one he had the Vatican publishing house include it in one of its books. The pope obviously doesn’t care if Scalfari reproduces their conversations from his notes or memory; the pope has never corrected a single one of his “reconstructions,” as the Vatican dismissively described them on Thursday.

The Scalfari interviews, if anything, are a great resource for anyone who wants to know the real thoughts of the pope. They are just two old lefties letting it all hang out. At one of their first meetings, Francis told Scalfari not to listen to the “solemn nonsense” of Catholic evangelists. The spectacle of a pope confirming a Catholic turned atheist in his apostasy charmed Scalfari to no end. “The most surprising thing he told me was: ‘God is not Catholic,’” he gushed afterwards.

Ever since, Scalfari has been championing Francis as a post-Christian pope perfectly in tune with the modern zeitgeist, a description that the pope hasn’t challenged but found flattering. When Scalfari said to him that they both share the same respect for the “autonomous” modern conscience, the pope responded by doubling-down on the primacy of conscience: “I repeat it here. Everyone has his own idea of good and evil and must choose to follow the good and fight evil as he conceives them. That would be enough to make the world a better place.”

All the flaky theological currents running through the modern Jesuit order have found an outlet in this pontificate. It is not at all surprising that Francis would be fooling around with the Church’s teaching on hell. The modern Jesuits roll their eyes at old-timey references to the “four last things,” which I guess they would want to reduce down to two, just death and heaven. A few years back, Jesuit Father Thomas Reese, another one of the pope’s champions, wrote a remarkable column in which he unburdened himself of his disgust for Holy Week, because he finds it all such a boring guilt-trip:

There is another reason I hate Holy Week, especially Good Friday. When I was a child, we were taught that Jesus had to die for our sins because sin is an infinite insult to God that requires an infinite sacrifice as reparation.

I am sorry, but I don’t think I have ever done anything so bad that it requires me or anyone else to be crucified, let alone Jesus. While I might be grateful to Jesus for taking the blame for my sins, this theology turned God the Father into a legalistic ogre concerned about balancing the scales of justice, not mercy. The Father in this theology sounds nothing like the Father described by Jesus. Alas, some of the liturgical prayers still reflect this theology.

Today, I would rather see the death of Jesus a consequence of his commitment to the mission given to him by his Father, to preach the good news of God’s love for us and our need to respond by loving one another, especially the poor. Jesus, like Oscar Romero, was killed because of what he preached, not because his Father had to be appeased. Jesus is in solidarity with all those who died for justice and human rights.

The pope’s elimination of the traditional understanding of hell fits into this revised theology of the crucifixion. It reduces Good Friday to something more like Casual Friday, with Jesus Christ not “saving” us from eternal perdition but from some temporal evil (as determined by the Reeses). No hell, no need for any profound, mysterious act of atonement. The good in Good Friday came from the stakes of that atonement being so high. But if they are so low, what is the point? Why would the Son of God need to undergo a crucifixion in order to teach us to recycle and hate capitalism, or whatever political meaning Reese is now ascribing to it?

Much of what the pope says is designed not to strengthen the faith but to dilute it. He has told friends that he finds fundamental theology “boring” and that he wishes people would talk about “social justice” more than doctrine. The Vatican will lie and say that he didn’t deny the Church’s teaching on hell. But he did. Scalfari has given us the modernist in full — a pope who cares less about the next world than this one.