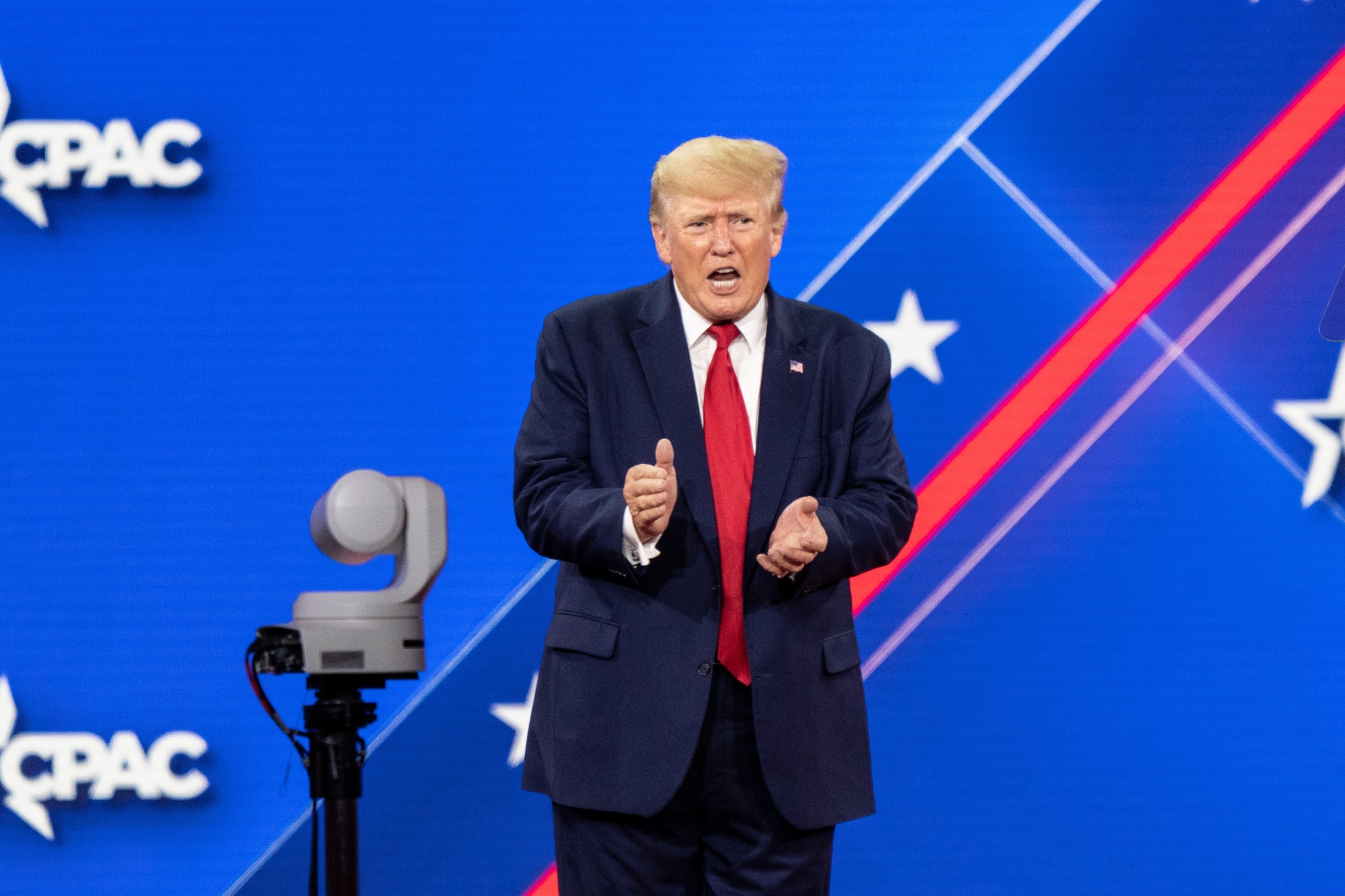 Most citizens are pained by the ugliness of today’s politics. So many wonder where the America they love has gone. Worst of all, in trying to sort it out, they look at the confusion of the deadly political fights swirling around former President Donald Trump and find little solid ground to stand on that is not tainted by partisanship. How do we reach beyond those already passionately committed to our view and make sense to our fellow citizens? An oppressive hermeneutic of suspicion falls over all our talk. Where can we find some shared premise that can allow us to talk again and not be overwhelmed by our differences?

For anyone who cares for our country and for what it means to humanity as a whole, there is little comfort in a public life that has reverted to violent patterns that we had thought long overcome in our free land and in all lands of political freedom.

Those of a conservative temperament are called to muster the resources of the past, the hard-won triumphs of courage, wisdom, resilience, and reverence, and bring them to bear. “Patience is the chiefest fruit of study,” said a founder of constitutionalism, the 17th-century common lawyer John Selden. Instead of succumbing to the urgency to say or act immediately, no matter how unwisely, let us look for some patterns of the past and search them for deeper insight and a surer orientation toward our challenges. We study the past because it can reveal to us patterns of human experience. Nothing repeats itself exactly, yet with careful and sustained attention, we will find lessons relevant to the choices that we face.

Leo Strauss, the great political philosopher who taught at the University of Chicago, believed that Winston Churchill’s biography of his forebear, John Churchill, the first duke of Marlborough, was a great work. On the day of Churchill’s passing in January of 1965, Strauss said in his classroom that Churchill’s Marlborough biography was the greatest historical work written in our century, an inexhaustible mine of political wisdom and understanding that should be required reading for every student of political science.

As Churchill recounts Marlborough’s life in detail, the lessons are alive and directly pertinent. Let us look at some.

The pinnacle of Marlborough’s career was the decade at the beginning of the 18th century in which he served simultaneously as the effective leader of the British government, de facto leader of the European coalition that opposed France’s Louis XIV, and captain-general of the coalition armies which he led on 10 campaigns without ever being defeated.

One would think that such a record would earn Marlborough the unending esteem of his sovereign and his countrymen and, for a time, that was true. When Marlborough shocked the world with his stunning strategy that resulted in his complete victory over the French at Blenheim, he was celebrated by the powerful and the common alike.

But though successive years brought further victories, partisan political intrigue at home eroded his support at the royal court and eventually in Parliament. Success in political leadership, unparalleled triumph in geostrategy, the elevation of the nation to greatness — all those things were paid no attention by those who saw Marlborough as an obstacle to their rise to power.

Whipsawed between the two parties that vied ferociously and unscrupulously for power, Marlborough lost his support. Eventually, a vicious Tory duo cut the ground out from underneath him. Relieving him of command, they betrayed England’s allies in the middle of what had been another successful campaign by marching England’s troops away from the active fight.

We study the past because it can reveal to us patterns of human experience.

Not only was Marlborough relieved of his positions, but he had to fight a serious and partially successful attempt to criminalize him. The prosecution was cynical to the extreme: Marlborough was accused of criminal corruption for accepting compensation for his services in the exact manner that the same Tories were using to pay his replacement as top general. Before Marlborough could be impeached and subject to the severest of penalties, he fled the country. He remained in exile in Europe until his enemies turned to fighting each other and lost their own grip on power in turn.

Winston Churchill, like his great forebear, was both a soldier and a statesman. Like Marlborough, his leadership, both of Britain and its war coalition, was broad-based, attempting to be above partisanship and largely succeeding. He, too, had to taste some of the same harsh lessons that politics has a way of teaching.

Churchill as a statesman stands on a high peak. In choosing to resist Nazism as a threat to civilization and then leading his nation from the edge of despair to victory at the head of an international coalition, he combined moral leadership with driving administrative excellence in a way that few have ever done.

His reward for this, as is well known, was that on the victorious conclusion of the war against Germany, he was defeated by a landslide in the national elections. He wrote of the unpleasant memory:

All the pressure of great events on and against which I had mentally so long maintained my “flying speed,” would cease and I would fall. The power to shape the future would be denied me. The knowledge and experience I had gathered, the authority and goodwill I had gained in so many countries would vanish.

For all that, bereft of any position of power in government, he focused on and clarified the threat of Stalinism to a still credulous world in his Iron Curtain speech. And in the end, he was returned to power by the British electorate, where he stayed for a few years until ill health forced him to retire.

Compare the treatment of a defeated Churchill to the defeated Marlborough. The politics of the early 18th century did not shrink from ruining opponents in order to gain power. True, in 17th-century England, the losers had often faced death — think of Thomas Wentworth, earl of Strafford, King Charles I, and James Scott, duke of Monmouth, who paid with their lives for losing in politics. So mere criminalization marked an improvement. But by the early 19th century, Britain finally stopped using the method of impeachment to resolve political fights. By the time Churchill lost his election in 1945, he faced neither death nor criminalization, only the loss of office.

We seem to have turned backward in America. This is true at least of the neo-Jacobins who have such a large influence on the party of the American Left and over the unelected operatives of the entrenched deep bureaucratic state. While these Swamp denizens have been careful to shield compromised political lifers like the Clintons and the Bidens from ruin, they have employed widely coordinated positions of public and private influence — the vintage media, Big Tech, a weaponized IRS, and a weaponized FBI and national security apparatus — to silence, criminalize, and/or ruin outsiders who threaten their power.

Trump is not the accomplished writer, statesman, and student of history that Churchill was. Nor can he boast of the kind of grand coalition that both Churchill and Marlborough led. Nor do we find indiscretions and foolishness on either of the Churchills’ parts in any way comparable to the stupendous self-inflicted harm that marked Trump’s post-election behavior in 2020 and 2021. (READ MORE: A Reminder From Winston Churchill)

Yet the pattern of the opposition that has set its sights on Trump’s ruin for the better part of a decade is an atavistic return to a world of exclusive privilege defended to the death, whatever the cost to a country and its people. There is independent value and urgent necessity in penetrating and stripping away the rationalizations that mask this ugly truth. Is there anything else that a faithful and sober person can propose as a greater political priority? When the bright sunshine is let in, I say the odds are great that we will see traits of character far more dangerous and disturbing than the ones that properly worry us about Trump.