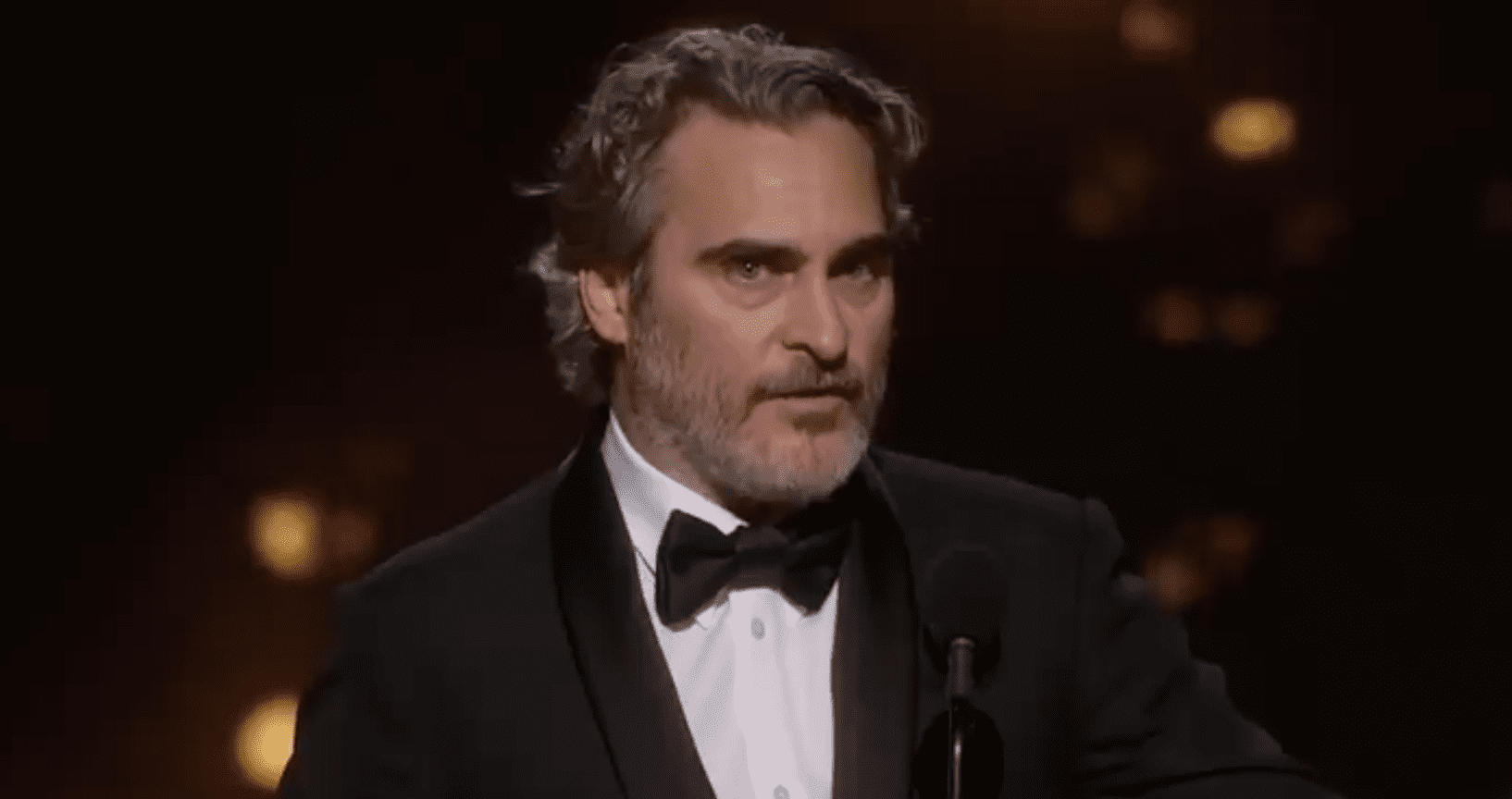 Last night at approximately 11:15 p.m. EST, Joaquin Phoenix was awarded the Oscar for Best Actor, eliciting thunderous applause — which he abruptly and rudely silenced to begin an oration that would include opinions on the insemination of cows and nods to various forms of social injustice. At a moment in which he could have shown his gratitude to countless colleagues from Joker, or perhaps discussed the very serious and personal undertones of mental illness portrayed in the film, he chose to follow what has been established as precedent in a now-joyless awards ceremony.

Joaquin’s speech followed an evening that included Brad Pitt sounding off on the impeachment trial, Natalie Portman fashioning herself in a Dior cape embroidered with the names of female directors who were not nominated in the category, Chris Rock joking about the lack of Black representation, and Julia Reichert somehow fitting in a quote by Karl Marx. It would appear no one heeded the sound advice of Ricky Gervais at this year’s Golden Globes:

So if you do win an award tonight, don’t use it as a platform to make a political speech. You’re in no position to lecture the public about anything. You know nothing about the real world. Most of you spent less time in school than Greta Thunberg. So if you win, come up, accept your little award, thank your agent and your God, and f*** off, OK?

The inattentive observer might have been shocked to learn they were watching the world’s largest celebration of cinema. I would fault no one who mistook last night for a Democrat campaign rally. The Oscars have become an insult to the very form of art it once championed — and to the artists who pursue that art form. Political correctness now supersedes artistic substance and vision. The metrics by which films are judged reduced to diversity quotas and one-sided political adherence. And for what gain? A contest of one-upmanship in a strange battle for moral superiority?

The sad reality is that the majority of America will just continue to tune out, as movie lovers have gradually begun doing over the past two decades. That’s the true damage that wokeness has inflicted upon a once-beloved industry. The Oscars, though always loud, glitzy, and superficial on the surface, were meant to be a night to celebrate the incredible amount of work and talent that culminates in the films we get to enjoy on screen. As long as this art is subjected to a tyrannical sort of moral inquisition, both audiences and artists will suffer unjustly.

Joseph is a seasoned political marketing consultant and frequently writes on topics such as the current state of political discourse and changing cultural norms. He’s a passionate defender of free speech and exercises it often on Twitter at @josephsorr.