by George Neumayr
New York Gov. Andrew Cuomo announces updates on the spread of coronavirus during a news conference at the state Capitol in Albany, March 15, 2020 (Hans Pennink/Shutterstock.com) 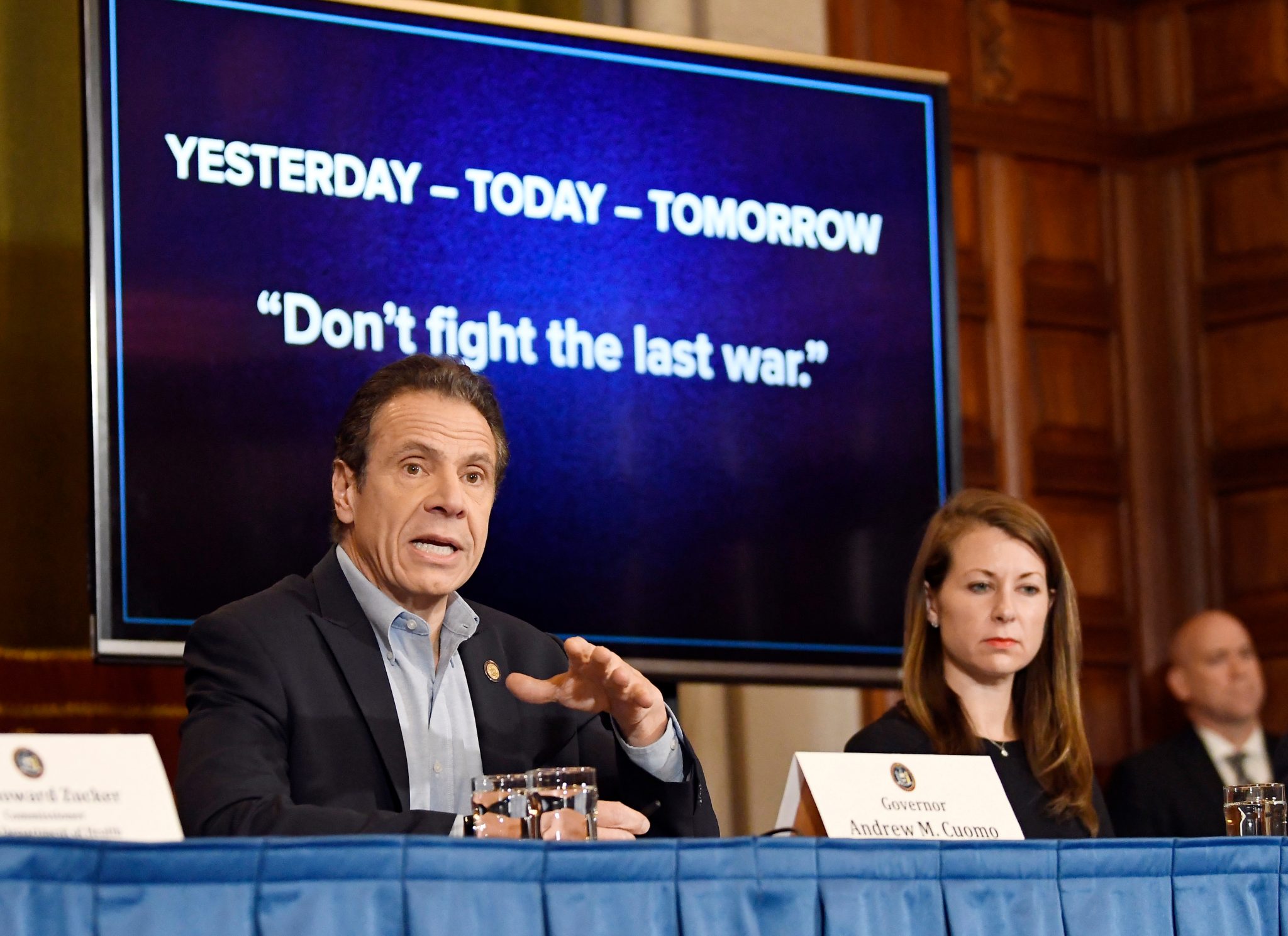 Turn on the TV these days and you are bound to catch one of the Cuomo brothers inveighing against the “selfish.” Chris Cuomo on CNN harangues any one who dares suggest that America restart its economy, while Andrew Cuomo delivers lectures on the importance of staying home lest one expose the elderly to illness. Both brothers have inherited their father’s penchant for high and moralistic rhetoric. They have also inherited his incoherent moral philosophy.

Mario Cuomo was given to flowery denunciations on many subjects, but not abortion. There he would fall silent and simply say that he is “personally opposed” to it. His sons don’t even maintain that conceit. Andrew and Chris are both personally and publicly supportive of abortion.

Both Cuomo brothers have inherited their father’s penchant for high and moralistic rhetoric. They have also inherited his incoherent moral philosophy.

Last year, he signed into law the most liberal abortion law in the country. “Today we are taking a giant step forward in the hard-fought battle to ensure a woman’s right to make her own decisions about her own personal health, including the ability to access an abortion,” Cuomo said. “With the signing of this bill, we are sending a clear message that whatever happens in Washington, women in New York will always have the fundamental right to control their own body.”

After passage of the law, he ordered, “I am directing that New York’s landmarks be lit in pink to celebrate this achievement and shine a bright light forward for the rest of the nation to follow.”

Part of his justification for abortion rights is that women need them in order to have careers. In other words, he is perfectly willing to sacrifice unborn children for the perceived economic good of women — a line of reasoning that he rejects in the case of the elderly. At a press conference this week, he said he would not put the “elderly at risk” in order to “boost the economy.” He said, “That’s not who we are.”

Actually, it is. New York is responsible for many of the abortions in America today.

“My mother is not expendable and your mother is not expendable and our brothers and sisters are not expendable, and we’re not going to accept a premise that human life is disposable, and we’re not going to put a dollar figure on human life,” Cuomo said this week. “You can do both but not in a clumsy, ham-handed way. ‘Well, we’ll just sacrifice old people; they’re old people anyway and the old get left behind.’ What is this? Some modern Darwinian theory of natural selection? You can’t keep up so the band is going to leave you behind? God forbid.”

Cuomo would never extend this ethic of life to the unborn. He finds them highly “expendable.”

It is hard to imagine the Democrats cheering Cuomo’s statement taking the same stance on the Terri Schiavos of the world. They found her expendable.

Chris Cuomo the other night was pounding his chest about Texas Lt. Gov. Dan Patrick suggesting that the elderly would be willing to “sacrifice” for the economy. Chris Cuomo was appalled by the suggestion and made comments in support of his brother’s stance. This is the same Chris Cuomo who wrote in Glamour magazine about the wonderfulness of abortion and said that men need to support reproductive rights as much as women do:

So far in 2019, 27 abortion bans have been enacted in 12 states. After Louisiana’s ban at six weeks’ gestation, Missouri’s at eight weeks, and Alabama’s near total ban, I’ve seen the outpouring of action by women, sharing their most personal stories and missing school and work to protest. But men have been largely silent.

We can’t just sit on the sidelines while women work to protect reproductive rights. If men support a woman’s right to choose, they need to get up and support it. I say that as a husband, a man of faith, and especially as a parent blessed with two daughters and a son.

The fruit doesn’t fall far from the tree. Mario Cuomo, were he alive today, would be straddling the same contradiction as his sons, making high-flown speeches about how “all lives matter” while denying protection to the most vulnerable lives of all.
Print