Special Report,Top Story Religion The Mila Affair and French Self-Doubt - The American Spectator | USA News and Politics
Menu
Special Report
The Mila Affair and French Self-Doubt
Defense of freedom of expression wilts before Muslim rage.
by Roger Kaplan
Statue of the French philosopher Voltaire in front of his tomb in the Pantheon in Paris (silviofranca/Shutterstock.com) 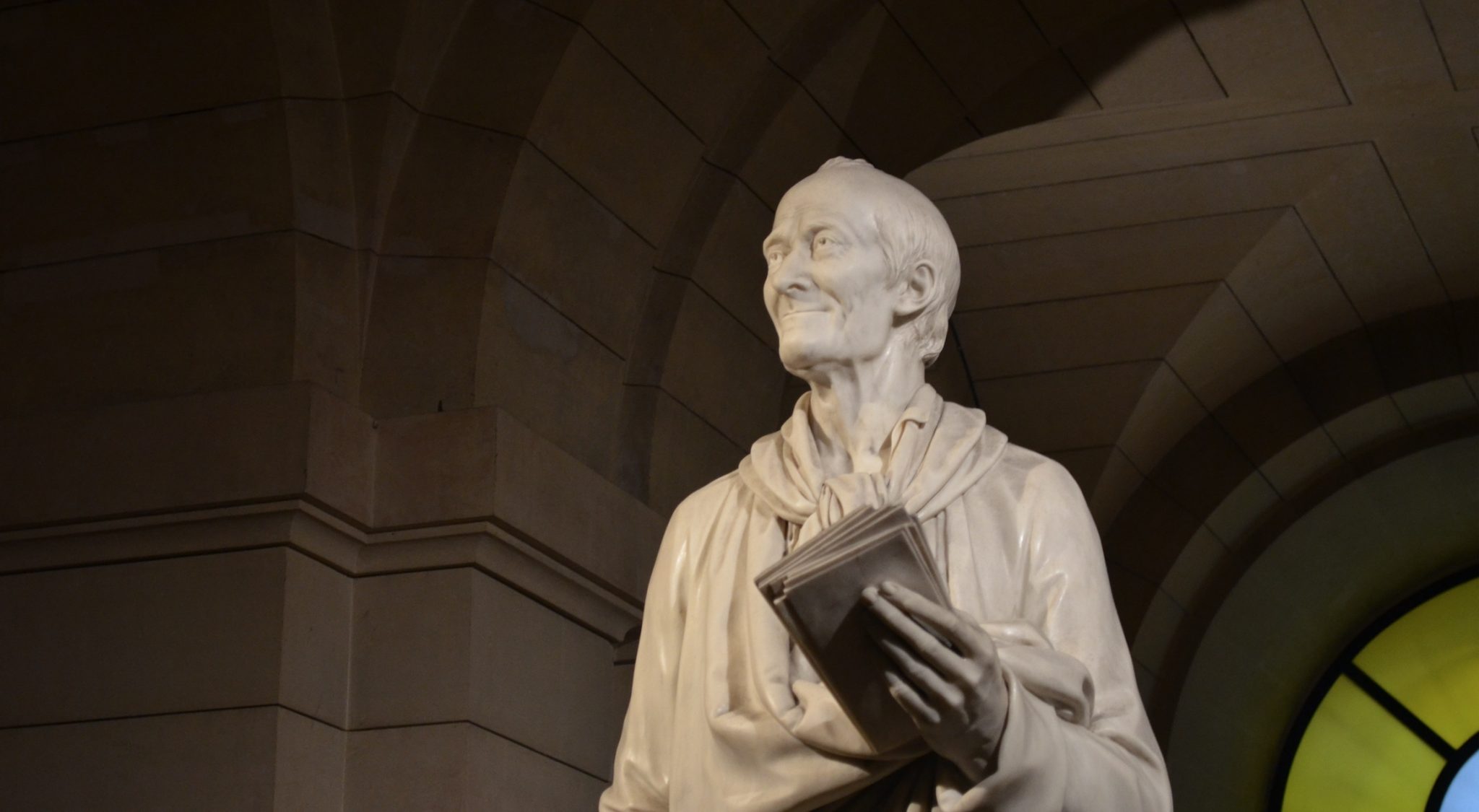 What would you do if a preacher threatened a harmless 16-year-old girl because she was potty-mouthed?

What began as a brutal — if virtual — dustup on social media between a French teenager with an aversion for religion in general and Islam in particular and cyberbullies who threatened her with rape and murder, has led to yet another iteration of what has become a regular topic in France: Can Islam conform to the rules of the non-sectarian Republic and its assimilationist ethos? Or, conversely, is Islam bound to evolve into a state within a state?

The “Affaire Mila” began toward the end of January, when a young lady, a wee girl really, got into an altercation with some men — boys for sure, judging from their level of maturity and social grace — during one of these virtual conversations that seem to facilitate the moral and intellectual retardation of entire populations.

Mila, who lives in a town in the foothills of the Alps in southeastern France, by her own quite frank admission dislikes black boys and Arab boys and is quite open in describing Islam as a religion of hate and oppression. She does not shy away from saying what she would do to its Prophet, which cannot be repeated here due to concern for our readers of the fair sex.

France prided itself once as the Church’s eldest daughter, but now you see a lot of empty pews during Mass. The extensive fire damage to Notre-Dame-de-Paris last year was felt, and described, by many as a national tragedy in its immediate aftermath, but the lasting “issue” was one defined by the eco-crazies, who are still complaining, and will for a long time to come, about the amount of lead that was released into the atmosphere by the collapsing old stones that walled the great cathedral.

Synagogue services are better attended, but mainly because there are fewer of them and observant Jews are proportionately no larger than observant Catholics and Protestants. There are revivals and surges in the numbers of believers in France’s traditional faiths, but are they obligatory to the French identity? This is uncertain.

Islam is thriving, however. This is at least in part due to the failure of the French state to mobilize resources to turn the second generation of immigrants into actual, real French boys and girls. Cohort after cohort has grown up with resentment and bitterness. Basically, they do not consider themselves French, and they openly hate “the French.” To demonstrate this, and to find some sort of community, they go to storefront mosques where radical imams preach jihad.

Young Miss Mila is an improbable Voltaire. She allows as how she is a lesbian and does not seem terribly concerned about demonstrating any depth of culture. On the other hand, she is considerably more articulate and lucid about the stakes in the firestorm she provoked, or as she would argue was provoked into provoking by the digital louts who, in the first place, got her dander up and led to the expression of disdain for blacks and Arabs.

Moreover, rather than finding a Bayard or a Cyrano to spring to her defense, she has learned the meaning of wimpdom. Instead of coming down like bricks on the thugs who threatened her, the same law-and-order folks who did not hesitate to beat up the “yellow vest” demonstrators have found it difficult to say that a threat to kill is a police matter, and could very well lead to expulsions from French territory of non-national haters disguised as imams.

High state officials, including the Garde des Sceaux (attorney general), accused Mila of inciting racial or religious hate, a crime in France as in many European countries, and the local procureur (D.A.) began proceedings toward an indictment. Many on the left agree with this, while on the right there has been some shuffling of feet and tut-tutting. Thus encouraged, the digital thugs doubled down on threats to rape and kill the child, and she had to be removed from her school and placed under police protection.

A countermovement quickly jelled, and the justice minister (a woke woman) had to admit that expressing even a blasphemous opinion is not a crime and is not included under the legal definition of race incitement. By contrast, the virtual threats of murder and rapine would, she said, be investigated. Lesbian and left-wing organizations took decidedly limp-wristed attitudes, with feeble statements about freedom of expression and determined ones about respecting Muslim sensibilities.

Meanwhile, the president himself, who only recently had joined Voltaire in a speech defending the right to blaspheme, was criticizing French Catholics for their inability to understand fatherhood is not a male prerogative. This was in the context of proposed legislation, which passed, allowing in-vitro conception. And no one in his government was heard complaining about a current comic skit representing Jesus as a h*m*s*x who ought to have been buggered rather than nailed to a cross.

A leader of the major French Islamic organization, roughly equivalent, functionally, to the Catholic Bishops Conference or the Conference of Presidents of Major Jewish Organizations, said on the radio that Mila “was asking for it”; and although his president and hierarchical superior insisted he had also said appeals to violence were completely unacceptable, the cat was out of the bag.

Many on the left agreed that, all things considered, you did not want to be on the side of a girl — even a self-described lesbian — whose other champions are people like Marine Le Pen. The notable exception here has been the editorial team at Causeur magazine, a band of largely ex-lefts who defend France and normality against all inversions of reason and common sense.

Perhaps a bit frail as a candidate to play Voltaire in the debate on freedom of thought, and not precisely Jeanne d’Arc, as she explains that her beef is against all religions, Mila nevertheless has shown extraordinary courage and has not backed down. She has, improbably, become a symbol of a France torn between a heartland that cares for its ancient ways and an elite that wants to move on, trading the “cher et vieux pays” of de Gaulle for membership in a woke world. But what if the conquering hordes simply take possession and explain that the question is not how you define the limits of freedom of expression, but whether or not you will trade freedom for submission?