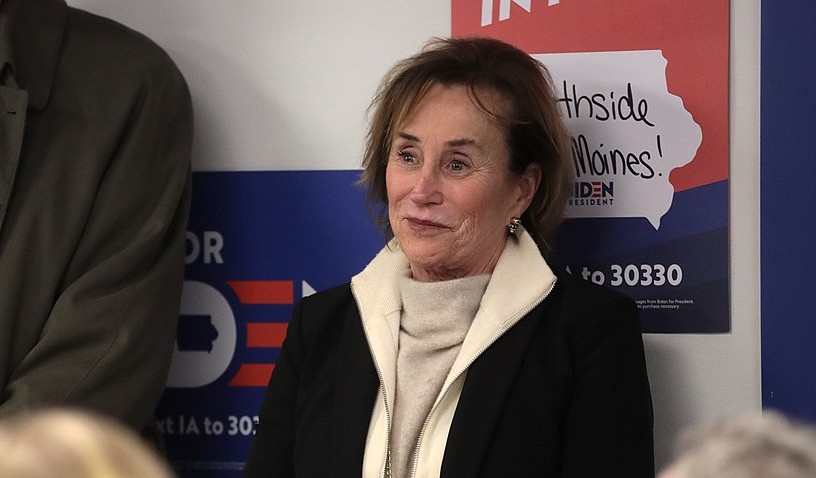 In 1990, David Shaw of the Los Angeles Times published a study confirming the pro-abortion bias of the mainstream media. Shaw was a prominent media critic at the time and his story caused a big splash.

He noted that “most major newspapers support abortion rights on their editorial pages,” that “80% to 90% of U.S. journalists personally favor abortion rights,” and that the American Newspaper Guild endorsed ‘freedom of choice in abortion decisions.’” He wrote that a “comprehensive Times study of major newspaper, television and newsmagazine coverage over the last 18 months, including more than 100 interviews with journalists and with activists on both sides of the abortion debate, confirms that this bias often exists.”

But Shaw’s unexpected truth-telling did little to change the media’s behavior. Over three decades later, most papers still display open bias in favor of abortion. The Los Angeles Times itself churns out stories that perfectly illustrate the lack of objectivity Shaw deplored. Take its recent report on Christians “who challenge what it means to be ‘pro-life.’” The story is a classic of pro-abortion sympathy. It centers around a handful of liberal Christian activists, some of them former conservatives, who claim preposterously that support for legal abortion is the true “pro-life” stance.

The Times treats the exponents of this illogical position as fonts of wisdom. It never questions any of their outrageous claims, such as this absurd description of the origins of the pro-life movement:

The group spoke of how abortion wasn’t always a Republican issue. Up through the 1960s, conservative Christians advocated for the right to abortion as a matter of separation of church and state. Then, in response to the civil rights movement, which fractured old Democratic alliances, evangelical leaders launched the “pro-life” movement as a political strategy to unite voters.

What nonsense. No “conservative Christians” advocated for legalizing abortion, and they launched the pro-life movement not as a political strategy but as a response to the slaughter of unborn children Roe v. Wade unleashed.

The article is nothing more than pro-abortion stenography. The quotes from its sources are manifestly unfair, such as: “Republicans are so much about a child before it’s born. But what laws do they pass to help a child after it’s born?”; “I started to realize that the thing that’s actually going to bring down this abortion rate is all these things that my party, the Republicans, were working against”; “I wish someone had told me back when I threw all my energy into this ‘pro-life’ movement that it’s not about saving the lives of the little babies in the pictures.”

The Times swallows these sophistries happily. It is never explained why disagreement with the Big Government policies of the Democrats somehow invalidates opposition to legal abortion or renders it insincere. We are just supposed to take that as a given. To let us know that its sources are wearing the white hats, the Times concludes the piece by casting them as martyrs of conscience: “Each had lost friends and at times family for speaking out on abortion or politics. To them, it was the right thing to do. The Christian thing to do.”

Were David Shaw still alive, he would have to cite his old paper as an example of one of his findings: “Abortion-rights advocates are often quoted more frequently and characterized more favorably than are abortion opponents.”

Indeed, defectors from conservatism or the pro-life movement can always count on glowing coverage from the mainstream media. But woe to those who defect from pro-abortion circles. The media scorns them.

Only in a media climate like this one would Valerie Biden Owens, the president’s sister, dare to make in her new book the argument that Democrats have a greater claim to the label “pro-life” than pro-lifers do.

“Like many women, I harbored complicated feelings on the topic,” she writes in the memoir. “I’m pro-choice, but I remain convinced that Democrats chose the wrong term for our side of the issue.” She insists that Democrats “should have been pro-life, for we are the ones advocating for a better life, a life in which a mother gets to determine her future and that of her child.”

This self-serving rhetoric would have astounded even George Orwell, who once famously said that political language “is designed to make lies sound truthful and murder respectable, and to give an appearance of solidity to pure wind.” A skeptical media is supposed to flag these lies, not serve as a conduit for them.

Fearing the collapse of Roe v. Wade, reporters are constantly searching for new angles to undermine the pro-life movement. These angles are all a variation on the bias that David Shaw lamented. He observed that reporters were loath to call opponents of legal abortion “pro-life” while deferring to the “pro-choice” label abortion supporters gave themselves. Nothing has changed since then. If anything, the bias has grown, as evident in the media’s unconvincing attempt to redefine pro-abortion “Christians.”