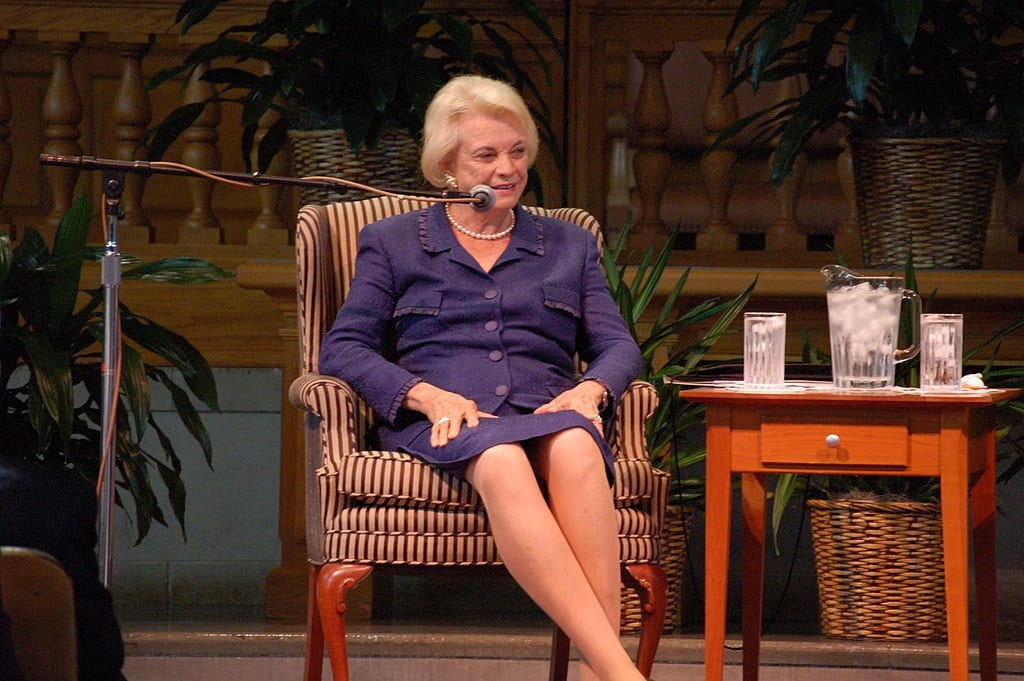 Donald Trump plans to announce his choice to replace Anthony Kennedy on the U.S. Supreme Court on Monday.

The Democratic Party and its media auxiliary justify opposition to the nominee without a nominame because the Republicans surely impose a litmus test on abortion. Charles Cameron and Jonathan Kastellec write at Vox that “the dam really burst in 1980. In that year’s platform, and in every subsequent platform, the Republican Party imposed an abortion litmus test (in the anti-abortion direction) on judicial appointments to the Supreme Court.” On the other hand, they claim, “Democrats have focused less on policy litmus tests.”

The problem with this analysis is that it’s demonstrably false.

Every Democratic president from Lyndon Johnson onward exclusively nominated judges who supported Roe v. Wade. Most Republican appointees in that period also supported Roe v. Wade. Sandra Day O’Connor, the justice appointed to the Supreme Court by Ronald Reagan less than a year after the year the dam allegedly burst on litmus tests, provided a solid vote for abortion throughout her career on the court.

From the late 1960s to the early 1990s — a paradoxical era of Republican dominance in Supreme Court appointments but conservative defeats in Supreme Court cases — Republicans nominated ten straight Supreme Court justices. If the party adhered to any litmus test on abortion, the repeal of Roe v. Wade would now be discussed as a past-tense fact rather than a dystopian or utopian — depending on your outlook — future. Republican presidents appointed five of the seven justices who forbade state laws restricting abortion in the Roe v. Wade case (Republican appointee William Rehnquist and Democrat appointee Byron White dissented). Subsequent to that decision, Republican nominees John Paul Stevens, O’Connor, Anthony Kennedy, and David Souter all consistently supported Roe.

While observers can only guess how John Roberts comes down on the question, Democrat nominees currently serving on the court, Stephen Breyer, Ruth Bader Ginsburg, Elena Kagan, and Sonia Sotomayor, seem as much of a lock to uphold Roe as Republican appointees Neil Gorsuch, Samuel Alito, and Clarence Thomas do to overturn it.

The fact that Republicans nominated Donald Trump, vocally pro-choice before converting to the pro-life position, or Mitt Romney, who ran for governor of Massachusetts as pro-choice before also becoming pro-life when he decided to run for president, undermines notions of a pro-life litmus test. So, too, does the lengthy list of pro-choice judges nominated to the Supreme Court by Republicans. The last justice nominated by a Democrat to oppose Roe v. Wade arriving on the court before The Beatles arrived in America also contradicts the claim.

History makes a mess of the mantras and narratives of ideologues. This proves true not just regarding abortion but any number of issues important to conservatives. Justices, including whoever Trump nominates next week, rarely act as automatons.

The “litmus test” rallying cry strikes as projection. All justices appointed by Democrats over the last 55 years supported abortion rights. Democrats accuse Republicans of doing what they do, i.e., a monomaniacal fixation on one issue to such an extant that a jurist’s position on it, and it alone, overshadows their record on everything else.

This herd mentality helps explain the lack of intellectual heft of the recent appointees of Democratic presidents. They vote on cases, as though a legislature, rather than rule on them, as though a court. With any position other than the idea that the Constitution guarantees a right to an abortion regarded as unthinkable, supporters of Roe tend not to think about it.

Should the court move against the controversial decision in the wake of this nominee’s confirmation, an epiphany about the supposed rigidity of their adversaries on the issue might strike thoughtful pro-choicers. Whereas liberals told states in 1973 that they could not regulate almost all abortions, conservatives will not do the opposite by telling the states that they must not allow almost all abortions. Instead, a more conservative court will merely permit states to devise laws suited for them. Vermont, then, probably keeps the status quo and South Carolina probably restricts many abortions now legal.

Ironically, this pro-choice position — permitting states to choose their own laws — somehow receives characterization as anti-choice. Abortion remains an issue in which passion overruns reason.