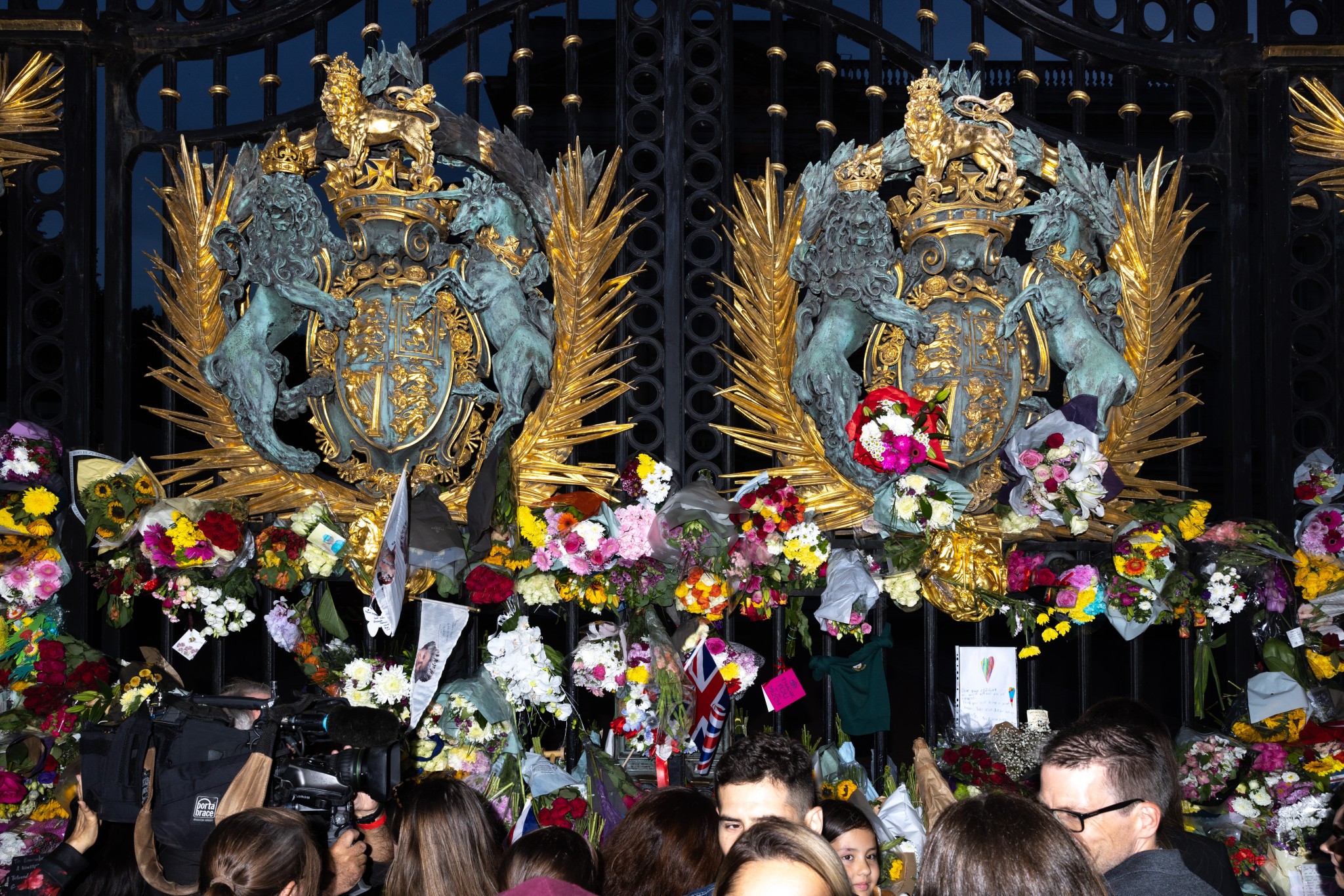 Three months ago, colorful crowds caroused in the streets of London as the queen stepped onto the Buckingham Palace balcony to celebrate her 70th year on the throne. Today, the streets are quiet, grey, and bleak. A cloud of melancholy has settled on the United Kingdom, and with it, a palpable unease.

I visited Buckingham Palace the morning after we lost our queen. London’s air was thicker. The train carriages held quiet, puffy-eyed commuters reading morning papers in disbelief at a day the whole nation felt could never arrive. When we arrived in London, the station foyer lay still.

I walked up Whitehall — the center of the United Kingdom’s political power — as civil servants clothed in black talked in hushed voices. The Red Lion, a favored pub of London’s politicians, had removed the Union flags which usually adorn its bright exterior. It was empty.

Behind the iron gates of Downing Street, more crowds gathered as Jaguars prepared to carry the new prime minister — installed just two days earlier — the short distance to Parliament, where a special session sat for tributes to the late queen. A new prime minister would ordinarily take comfort from her counsel and seek solace in the stability she offered; Liz Truss is the first of 15 prime ministers since 1952 who cannot do so.

Along Whitehall, two men dressed in red tunics and mounted on horseback flanked the entrance to Horse Guards Parade. They belonged to what was, until last Thursday, known as the Queen’s Guard. I passed through the large archway into the graveled expanse of the parade ground where more mounted guards gathered in rows; tourists watched from behind a rope.

Drizzle dampened the yellow stones and pooled in shallow puddles. Even the jangle of horses’ reins, and the clatter of the guard’s armor, were muted. Pensively, tourists slipped phones out of their pockets, unsure whether to snap a photo of a postcard London scene.

I joined the crowds marching solemnly toward the palace. When we reached the Queen Victoria Memorial, a heavy rain began to fall. Only the snap of umbrellas opening briefly interrupted the silence. Many of us stood watching as others formed a line to lay flowers alongside the heap of wet flora lining the perimeter fence. At the front of the line, one woman hesitated — lilies drooping in the rain — as though she were unsure whether to place them or whether she even had a right to mourn this person whom she had never met, yet who was so intimately woven into her life. Her bundle joined the others, our nation’s tributes to our queen, whose loss has left us wondering who we are now.

Queen Elizabeth II was the United Kingdom’s final constant, an enduring connection to our past, and a cornerstone of our culture. In losing her, we have been loosed into the modern world and unpinned from our history. The monarchy endures, but the stability and continuity that she personally represented through the traditions her very longevity upheld have died with her. As inevitable as her one day passing has always been, somehow we were still unprepared.

As King Charles III steps into the role he has spent 73 years preparing for, it is difficult to envision the next era. Ostensibly, we will continue as we always have, carrying out justice in his name and appointing governments to serve him. And perhaps the history we once imagined belonged to the queen will continue through the monarchy itself. (READ MORE: The Prince of Wales Becomes a King)

The new king has begun by putting the United Kingdom’s union at the center of his purpose, reaffirming our nation’s relationship with itself. It is in clear continuity with his late mother’s seven decades of work, an attempt to reassure the nation that whilst the queen is lost, and we feel lost, our nation, and our constitutional monarchy, will endure.

The United Kingdom will take time to adapt from queen to king, but as the second Elizabethan era closes, the nation is left wondering what the United Kingdom, and the Commonwealth, will look like in the third Carolean age. For now, we are waiting in the hush, stricken dumb by the loss of the person whose life embodied tradition itself and whose death marks the end of the last enduring constant in public life.

Calum Paton is a history and politics graduate from the University of Warwick. He is currently studying law in London and is the managing director of political education nonprofit, The Speaker.