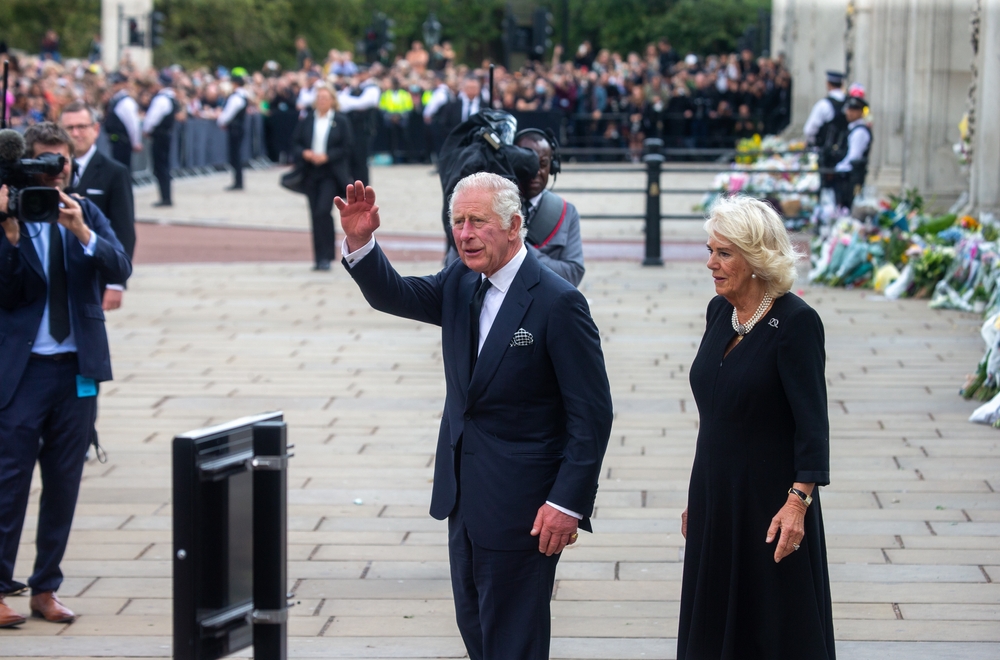 Washington — I met King Charles III when he was but the Prince of Wales on the evening of Nov. 2, 2005. I was the guest of President George W. Bush, and he invited me to the White House, perhaps to demonstrate to the future British king that, though Great Britain had a much older Spectator, America had its own Spectator, and it was read in the White House. His wife Laura declared to the prince that The American Spectator was one of the Bushes’ favorite magazines. She added that I was not only the editor and founder of The American Spectator but also “a philosopher.” Well, I suppose I am a philosopher of the absurd. Yet I did not think my levity would go over very well with Prince Charles. From the stony look on his face, I would say he gave indifference a whole new dimension. He was dignified, but he was not a lot of laughs. If I recall, his family has German roots, and, as Billy Wilder reportedly once observed, German humor is no laughing matter.

Upon meeting the prince, now the king, I gave him a more careful scrutiny. He had always been the target of witticisms, mostly in poor taste and not very funny. Moreover, people who had met him reported back that he was a serious man. Sally Bedell Smith, a reliable biographer, published a book about him in 2017, which I read carefully. She was impressed by the then prince. Her biography was objective and fair-minded. She called him an “intellectual striver,” and she convinced me. He was just that and more. Now, after waiting 70 years, he is the king of America’s closest ally. I gave her book another inspection this past weekend. My conclusion is that on Thursday Great Britain passed from the seasoned hands of the last member of the greatest generation to those of the next generation and that it still rests in good hands. King Charles III will be a worthy successor to his mother. He comes to the throne with a well-stocked mind, if Smith is right, and I think she is.

Not only is the king’s mind well stocked, but he is obviously an energetic man who will throw his energy into efforts that need to be made. Preeminently, he wants to bring the monarchy down to a more sensible size. Over the past decade, its budget has tripled in size to roughly $101 million. Charles has promised to prune it back. What incoming politician comes into office promising to cut his budget? Oh, there’s an occasional president like Calvin Coolidge or Ronald Reagan who promises to take a scalpel to his budget, but how many succeed? King Charles III seems to be in earnest. He promises to “slim down” the monarchy while seeing that it, as the Wall Street Journal reported Friday, “remains at the center of Britain’s national life.” Later in the day, in his address to the British people, he made his first attempt at keeping the monarchy at the center of British national life. It was a brilliant beginning. He sounded like a king, and if he continues along these lines my guess is that he will succeed.

Yet some observers have expressed dismay that he will continue with his environmental enthusiasms, possibly even with his war against modern architecture. I am with him in his war against modern architecture. In fact, I am even with him in his enthusiasm for environmentalism. Yet, though he may be right about the environment and about climate change, he is certainly wrong in his cures for them. To address such matters now with the economy-killers that he has advocated in the past would set back economic growth and bring on recession, maybe even depression. Your Highness, leave the free market the freedom to develop a thriving economy. As for architecture, let ornamentation return to public buildings and forget the steel and glass.

In 2018, during the filming of a documentary on his life, the then-Prince Charles was asked whether his campaigning on such issues as the environment would continue once he became king. Charles became animated. “No, it won’t,” he answered. “I’m not that stupid.” King Charles III has an instinctive feel for the role for which he waited 70 years. My spies back in London tell me he will not fail.