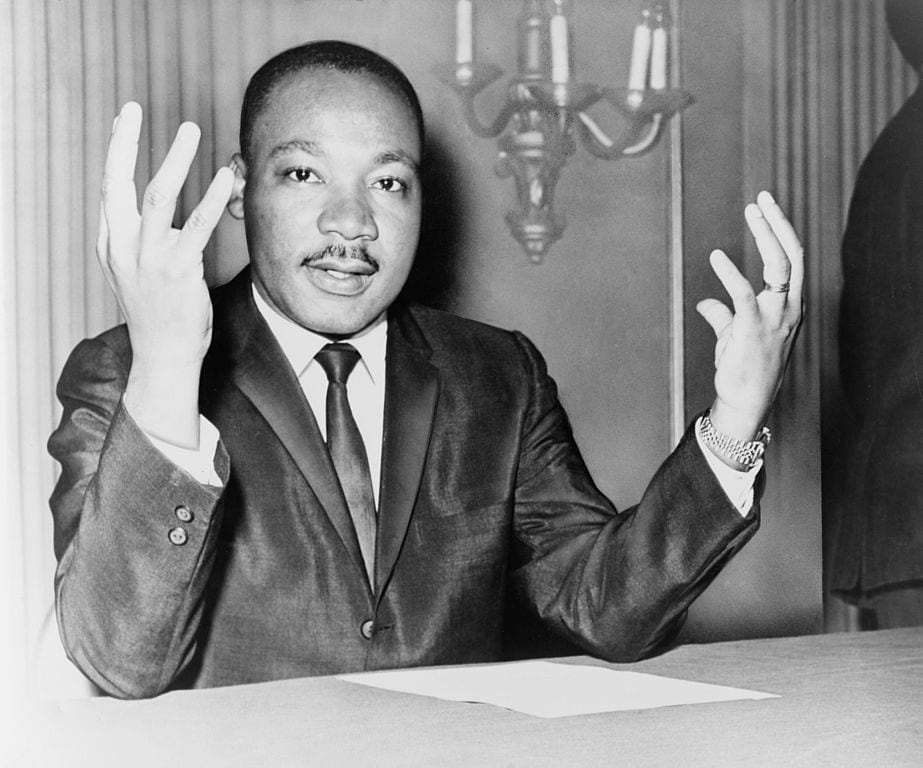 Next week the nation will celebrate the memory of Dr. Martin Luther King, Jr.

Liberals will pay lip service to Dr. King. But the hard fact is that the American Left has long since abandoned Dr. King.

One has only to recall Dr. King’s famous “I Have a Dream” speech in August of 1963 to understand exactly how deeply the American Left has rejected not just Dr. King but in fact stayed true to the original racist roots of the Democratic Party.

In a sense we’ve come to our nation’s capital to cash a check. When the architects of our republic wrote the magnificent words of the Constitution and the Declaration of Independence, they were signing a promissory note to which every American was to fall heir. This note was a promise that all men, yes, black men as well as white men, would be guaranteed the “unalienable Rights” of “Life, Liberty and the pursuit of Happiness.” It is obvious today that America has defaulted on this promissory note, insofar as her citizens of color are concerned. Instead of honoring this sacred obligation, America has given the Negro people a bad check, a check which has come back marked “insufficient funds.”

…I have a dream that my four little children will one day live in a nation where they will not be judged by the color of their skin but by the content of their character.

My country ’tis of thee, sweet land of liberty, of thee I sing. Land where my fathers died, land of the Pilgrim’s pride, From every mountainside, let freedom ring!

And if America is to be a great nation, this must become true.

… And when this happens, and when we allow freedom ring, when we let it ring from every village and every hamlet, from every state and every city, we will be able to speed up that day when all of God’s children, black men and white men, Jews and Gentiles, Protestants and Catholics, will be able to join hands and sing in the words of the old Negro spiritual:

Thank God Almighty, we are free at last!

And there it was. A salute to the Declaration of Independence. To the Constitution. And most critically, the demand “that my four little children will one day live in a nation where they will not be judged by the color of their skin but by the content of their character.”

Sadly, the American Left believes none of this today. The poison of identity politics is merely the modern version of the segregation that Dr. King would give his life fighting to end. It is, as noted here often enough, the son of segregation and the grandson of slavery.

Today, to believe as Dr. King did — that people should “not be judged by the color of their skin but by the content of their character” — is to be seen as racist. (Or, as ex-CNNer Soledad O’Brien said of me for daring to believe as did Dr. King — “a stone cold racist.”) Up is now down, and down is now up.

For further confirmation that Dr. King would now be regarded as a racist, look no further than one Laurie Rubel, a Brooklyn College math education professor who drew attention recently for saying this, as noted at Campus Reform:

Color-blindness, too, can be an issue for math teachers, according to Rubel, who asserts that “Teachers who claim color-blindness — that is, they claim to not notice the race of their students — are, in effect, refusing to acknowledge the impact of enduring racial stratification on students and their families.

“By claiming not to notice, the teacher is saying that she is dismissing one of the most salient features of the child’s identity and that she does not account for it in her curricular planning and instruction,” Rubel adds, citing education theorist Gloria Ladson-Billings.

In other words, the American Left — and its political party of choice that was founded in the crucible of support for slavery, a party that fueled its progressive policies with racism, segregation, lynching and the Klan has now retreated to its origins. Dividing Americans by race, obsessing with race and using race as the fuel for its agenda of the day. With a promise to divide America by race in perpetuity.

The other day it was revealed that after one year of the Trump presidency black unemployment had hit its lowest level on record. And the response from the NAACP? This:

The Atlanta NAACP will not be officially participating in a protest outside at the game. Trump has made a terrible decision and is disrupting it with his presence. We respect those who choose to do so, and we fully expect some groups who will be protesting outside the game.

We will not let the President’s visit go without a response. If you are lucky enough to attend the game, we encourage you to bring a white towel to wave simulating a blizzard while the president is in the packed stadium. Trump supporters mockingly call the opposition snowflakes, but when we come together we create a mighty storm. We are presently working with a number of civil rights/social justice organizations and we will share additional plans as appropriate. We urge you to pay particular attention to our Twitter feed during the game. You can follow us @naacpatlanta #GoDawgs!!! #AllTrumpsLies #ATL #NationalChampionship

Fox News reported that “Richard Rose, president of the Atlanta branch of the NAACP told FOX 5 Atlanta the administration’s support for promoting off-shore drilling ‘could have a devastating effect in Georgia, Alabama, other states along the coast, and throughout the world.’”

That’s right. The African-American community is enjoying its own jobs boom in the Trump era and the NAACP is angry about… offshore drilling. Which would, of course, doubtless employ even more black Americans.

The formula here is not hard to discern. The idea is always to merge the progressive left with racial identity.

In the 20th century — to pick but one example in an endless list — it was “Redneck Liberal” Theodore Bilbo (as biographer Chester Morgan described him) who used the race-plus- progressivism formula to win election as a New Deal Senator from Mississippi and staunch FDR supporter — while boasting of being a proud member of the Ku Klux Klan.

Today? Look no further than this newly leaked memo obtained by the Daily Caller from ex-Hillary Clinton aide Jennifer Palmieri, now President of the Center for American Progress Action Fund. Addressed to “Interested Parties.” The subject:

Defending Dreamers is a Moral Imperative and a Defining Political Moment for Democrats.

The fight to protect Dreamers is not only a moral imperative, it is also a critical component of the Democratic Party’s future electoral success.

And there it is. The Center for American Progress Action Fund admitting flat out that Democrats must play the race card — illegal immigration in this instance — to ensure “the Democratic Party’s future electoral success.” Just as Bilbo tied white racial identity to progressive politics now it’s the idea of tying brown racial identity to progressive politics for “future electoral success.”

Somewhere Dr. King is shaking his head in disgust. Having literally given his life to fight this kind of racist garbage, there, in 2018 America in the 21st century — a full fifty years after his death and fifty-five years after his “I Have a Dream” speech — the pitch is made in the Party of Race to ensure that America is always judging people by the color of their skin and not the content of their character in a colorblind America.