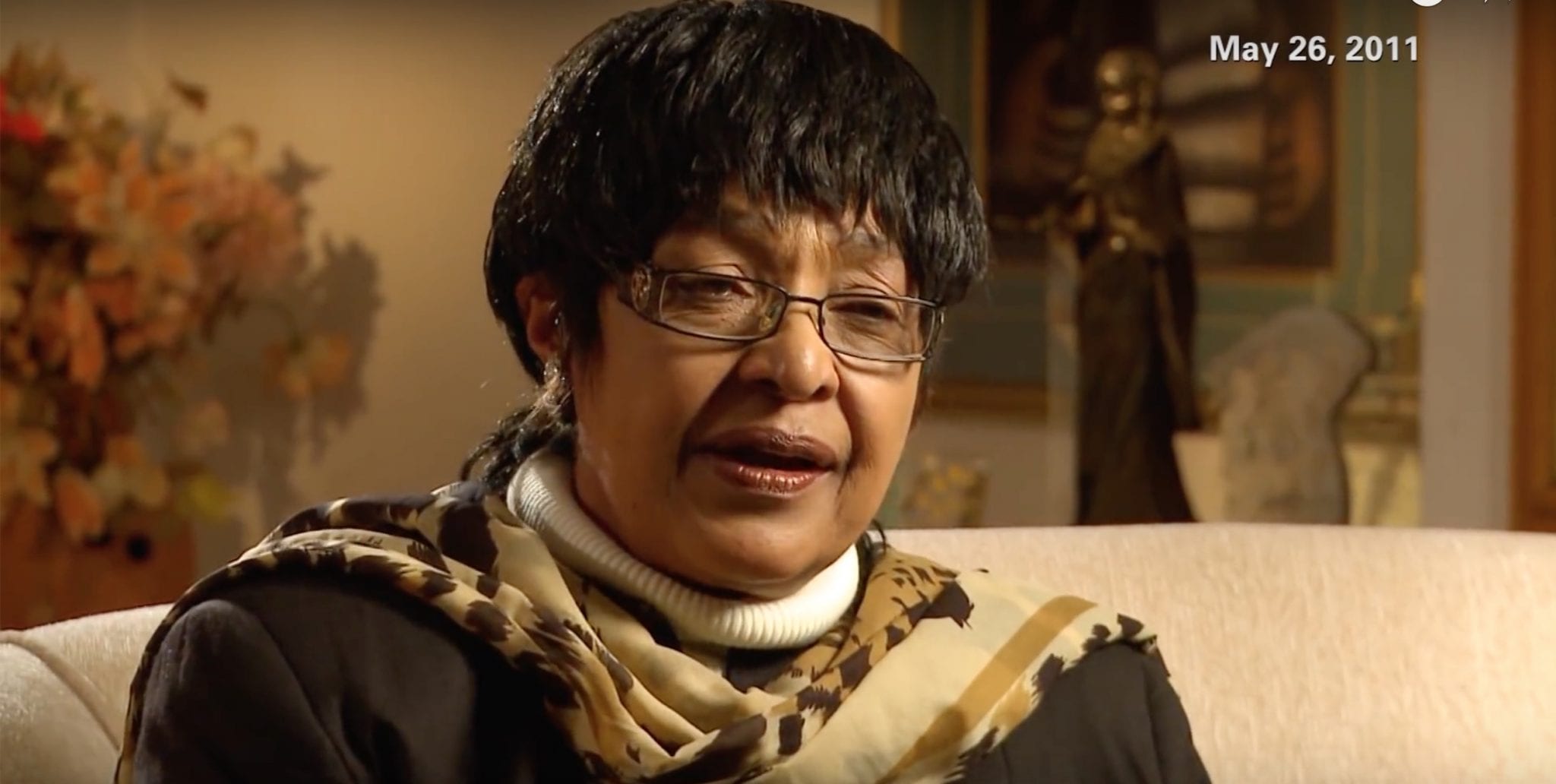 It’s been over a month since the passing of Winnie Mandela, a controversial figure both admired and reviled. South Africans (mainly black South Africans) and civil rights activists around the world continue to mourn the loss of the woman rightly named the mother of South Africa — the outspoken anti-Apartheid activist and former wife of Nelson Mandela. Most of this past month’s tributes to this iconic lady have either praisedher as a saintly liberator or condemnedher as a merciless, irredeemable killer. Now seems a good time for an honest, balanced appraisal of who she was and what legacy she has left behind.

Winnie Mandela’s sacrifices for the freedom of her country against the Apartheid regime cannot be discounted; however, Winnie’s militant tactics and Marxist goals should not be expunged from the record.

Coming from a well-educated family, Winnie was formally trained in social work in the early 1950s. While studying, she became loosely affiliated with the African National Congress (ANC) Youth League — the more radical faction of the ANC. After being introduced by mutual friends, she and Nelson Mandela were married in 1958. At the time of their marriage, Nelson was in the leadership of both the ANC and the South African Communist Party (SACP).

When her husband was sentenced to life imprisonment, Winnie, at the age of 26, carried the responsibility of raising her family alone and keeping the effort and spirit of Nelson Mandela alive. Through her courage and strength, she kept the cause of the ANC in exile in the public eye, bringing national and international attention to the South African crisis. Without Winnie’s heroism, Nelson Mandela might have died in prison.

Because of her stalwart activism and her intimate connection to the ANC and its paramilitary activity, the Apartheid government targeted Winnie, subjecting her to police raids and restrictions on her movements. In 1967, Winnie was arrested under Terrorism Act No. 83, through which the state could arrest “anyone perceived to be endangering the maintenance of law and order” and hold the accused indefinitely. After 17 months in prison — 13 of which were spent in solitary confinement — she was released due to a lack of evidence. Further, Winnie endured eight years in exile in Brandfort, the Free State, 400 kilometers (approximately 250 miles) away from her home in Soweto, Johannesburg.

The dehumanizing cruelty of the authoritarian Apartheid state took its toll on Winnie’s emotional capacities. Winnie commented in a 1986 interviewthat she had been “terribly brutalized inside” by the Apartheid regime. “I know my soul is scarred,” she said, adding that her struggle “[had] not brutalized [her] to an extent of being consumed by hate.” While the love of her people and their desperate desire for freedom burned within Winnie, this faithful passion seems to have been marred by the violence and hatred that she endured.

Winnie maintained an ardent belief in socialism, and her methods for achieving a socialistic utopia stained her legacy. Scandalously revealing Winnie’s dark side was her support (emerging in 1986) of the brutal practice of “necklacing” — that is, the slow burning alive of fellow black-African suspected-collaborators with the Apartheid regime. Although Winnie later claimed that her statement was taken out of context, it severely bruised her public image. But this was only the beginning.

More insidious were the crimes of the so-called Mandela United Football Club (MUFC), an organization which Winnie established in 1986 under the guise of providing a supportive community for the youth of Soweto. In actuality, the MUFC operated as (to quote one source) more of “a vigilante gang” and an out-of-control, mafia-like organization in “which no member was allowed to quit.”

The most infamous crime of the MUFC was the abduction and torture of four teenage boys in 1989, resulting in the death of 14-year-old Stompie Seipei. Although Winnie was not convicted in the death of Seipei, she was found guilty of kidnapping and assault and was sentenced to six years in prison; however, her punishment was reduced to a fine on appeal. Seipei’s murder is the most notorious MUFC crime, but the internationally admired Truth and Reconciliation Commission — established by Nelson Mandela’s ANC government in 1996 to investigate and provide closure to the atrocities of the Apartheid era — directly connected Winnie to over 14 human rights violations, including at least nine murders, through the MUFC. This, on top of later financial fraud charges while in the South African Parliament, ultimately tarnished Winnie’s legacy.

And what elements of her legacy are most evident in South African politics today?

Julius Malema, the leader of the Economic Freedom Fighters Party (EFF), which is the ANC’s lead opposition, and which supports a “radical, leftist, anti-capitalist and anti-imperialist agenda,” claims that his party is the only party that has remained loyal to Winnie’s legacy and political aspirations. Malema’s eerie 2016 statement, “We are not calling for the slaughtering of white people, at least for now,” seems to draw more from Winnie’s ugly later-life reputation than the selfless spirit that initially drove her life-long struggle for freedom and equality in South Africa.

The legacy of Winnie Madikizela-Mandela should be neither completely condemned nor completely praised. A complicated personality, she bravely dedicated her life to the liberation of her people, but she did so in a way that incited violence — sometimes brutal violence — and left no room for dissent. Countless people suffered under the brutalities of Apartheid, but not everyone turned to barbaric vigilante justice and radically militant socialism as the answer; two wrongs don’t make a right. Learning this lesson, three wrongs also do not make a right: Although it would be an injustice to ignore the darkness in Winnie’s history, we cannot ignore the good which she brought to South Africa either. Even through the lens of hindsight, we should refrain from idolizing or demonizing this complex figure of history.

Gabrielle M. Etzel is a political science and economics student at Grove City College. She is a passionate liberty-lover and anti-communist seeking to bring America back to its constitutional roots.