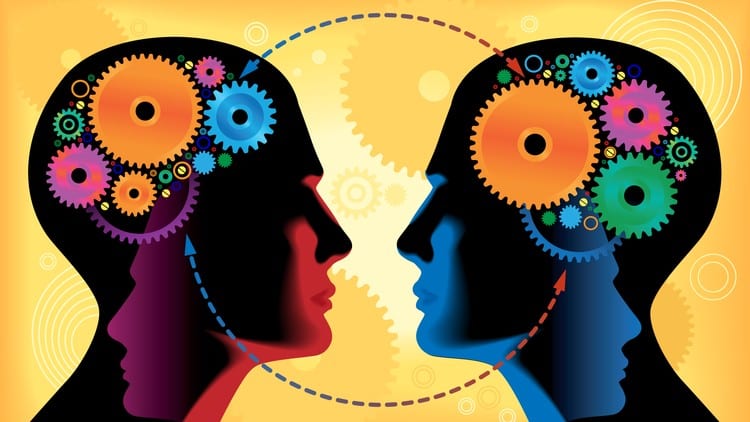 It sounds like a sci-fi movie: altering behavior and personality by surreptitiously embedding psychologically manipulative messages into a computer platform. But according to Education Week, that’s what mega-publisher Pearson did in 2017 to over 9,000 unwitting college students. And this episode foreshadows what’s coming soon to a K-12 classroom near you.

Pearson’s project used “social-psychological interventions,” which roughly equate to the “social emotional learning” (SEL) being implemented at breakneck pace in K-12 schools. Rather than putting more effort into teaching genuine academic content (which might be recommended in light of the wheel-spinning that’s occurring with student achievement nationally), many schools — plus the global education establishment — are concentrating instead on probing children’s personalities. The students can then be shaped into the kind of people the government thinks they should be.

As an experiment in people-shaping, last year Pearson “embedded ‘growth-mindset’ and other psychological messaging” into some versions of software used in college computer science classes. For example, the software might feed users who missed a problem a chirpy message exhorting them to keep trying. Pearson distributed its software randomly to 165 colleges and universities. The goal was to “track whether students who received the messages attempted and completed more problems than their counterparts at other institutions.”

The minor takeaway from this experiment is that the manipulative messages had only modest effect (the guinea-pig students successfully solved somewhat more problems than did the control-group students, although the control group actually attempted to solve significantly more problems than did the guinea pigs). This is in keeping with research showing that schemes to instill “growth mindsets” in students have little benefit.

But the vastly more important questions are how a corporate researcher and its education-establishment cheerleaders can justify this type of manipulative experimentation on human beings — without their consent — and what this portends for the future of education and student privacy.

The report Pearson presented apparently didn’t mention the ethical violation of ignoring the consent requirement applicable to psychological research. Nor did SEL proponent Joshua Starr, who voiced concern only about the effectiveness of Pearson’s tricks: “‘In a narrow way, it’s great if kids are getting these kinds of messages, and that’s leading to greater persistence,’ said Starr of Phi Delta Kappan. ‘But it’s certainly not sufficient.’”

The only commenter Education Week found who flagged the absence of consent was Ben Williamson, a lecturer at a British university: “‘It’s especially troubling… that the company did not seek informed consent from the young people who became subjects in their study.’”

The failure to obtain consent from the research subjects — a tactic that SEL proponents didn’t deem even worth mentioning — illustrates the dangerous road that lies ahead for students from pre-K through college. The SEL pushers seem to simply assume that corporations and their allied government schools have the right to conduct psychological experiments on unsuspecting students.

The point of the Pearson experiment, as well as other SEL schemes, isn’t just to help students do their best — it’s to change their behavior and indeed their personalities in fundamental ways. The Organisation for Economic Cooperation and Development (OECD), which wields tremendous influence over education practices globally, plans to use data from its new SEL profile for “personality development.” For instance, OECD identifies “extroversion” as one of the “Big Five” personality traits that schools should assess and develop. So now the government has determined that introverted children are defective, and that SEL tactics should be employed to turn them into something they’re not?

As British professor Williamson noted, “’It’s concerning that forms of low-level psychological experimentation to trigger certain behaviors appear to be happening in the ed-tech sector, and students might not know those experiments are taking place.’”

The Pearson report doesn’t see the problem. The report touts “the possibility of leveraging commercial educational software for new research into the emerging science around students’ attitudes, beliefs, and ways of thinking about themselves.” Indeed. And when corporations and the government learn how to influence “attitudes, beliefs, and ways of thinking,” is there any limit to what they can do? Can they counteract the effect of family and faith on political or social issues? Can they mold students to be passive, uncritical receptors of information — information carefully monitored by the same corporations and government?

Pearson is selling off its K-12 operations, so for the foreseeable future the company will prey only on higher-education students. But for every Pearson there are hundreds of corporate bad actors — aided and abetted by the government — who will conduct similar experiments on much younger and more malleable children. Parents should block such platforms from ever being used in schools.

Dr. Karen Effrem is a pediatrician and president of Education Liberty Watch.

Jane Robbins is an attorney and a senior fellow with the American Principles Project in Washington, D.C.