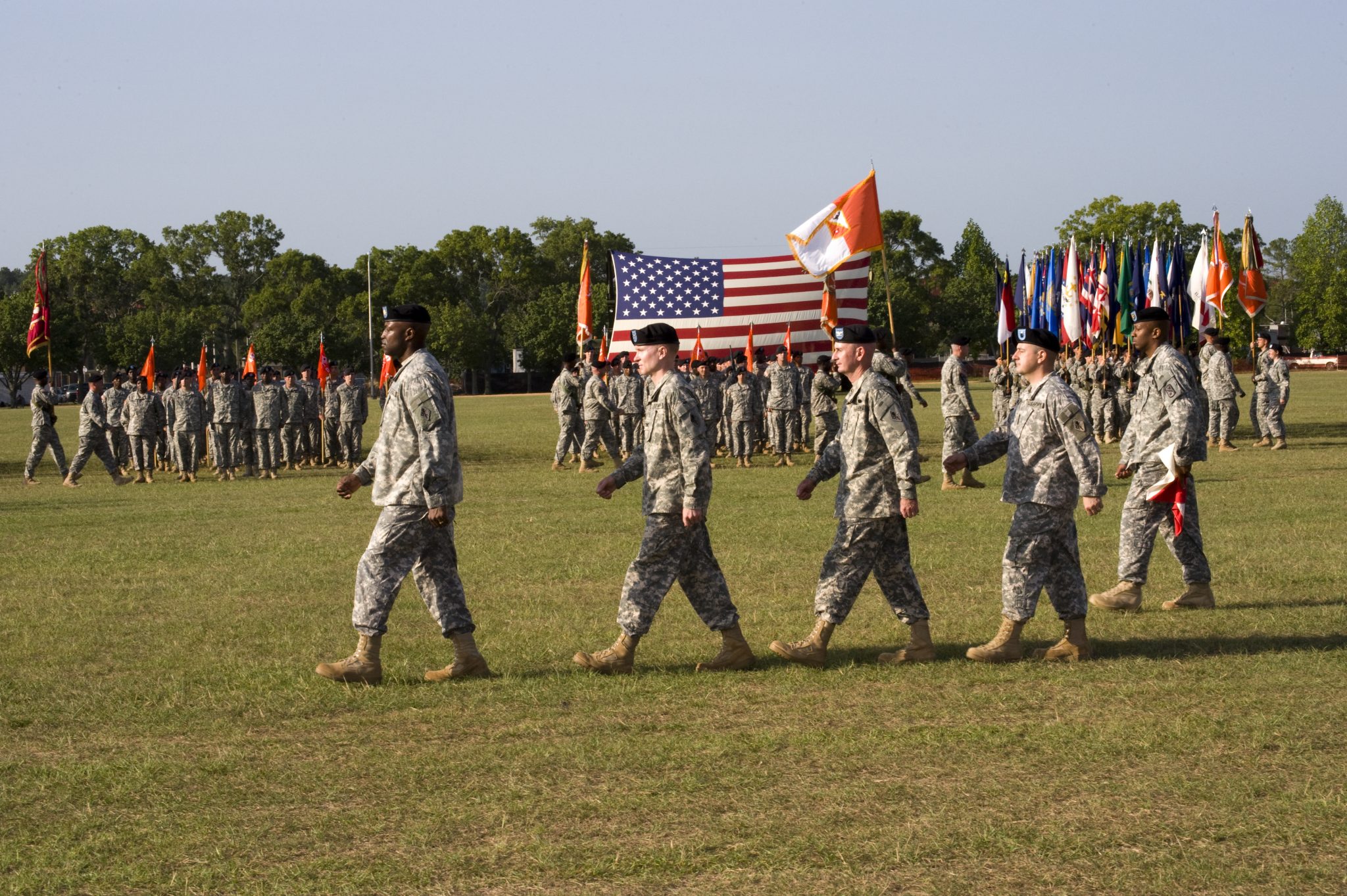 Damned perfidious Yankee scoundrels! Readers will please excuse my strong language, and those of my countrymen residing north of the Mason-Dixon Line should not feel that their integrity is being impugned, because I speak specifically of the New York Times. It has long been my conviction that no honest person would ever wish their name to be associated with that disreputable publication, but over the weekend, the Times went far beyond their usual “fake news” with an unseemly attack on the United States armed forces. “Why Does the U.S. Military Celebrate White Supremacy?” was the headline on a disgusting 1,800-word column, signed by the editorial board of the Times, its deliberately insulting theme summarized by a subhead: “It is time to rename bases for American heroes — not racist traitors.”

Inciting animosity by the constant reiteration of a racial grievance narrative is, it seems, the only way white liberals can prove their bona fides, or assuage their guilty consciences, in the Age of Trump.

Of course, it would be a mistake to believe that the New York Times is against treason. They have spent decades heaping praise on America’s enemies, both foreign and domestic, a tradition dating back at least as far as the 1930s, when Walter Duranty was writing propaganda for Stalin. No one should imagine that the Times has developed a concern for the morale of U.S. military, and their attack on the tradition by which military installations in the South were named for Confederate generals is simply a further effort by A. G. Sulzberger’s publication to deserve the contempt of every patriotic American.

Speaking of insults, a lot of insulting things could be said about the publisher of the New York Times, an infamous fool who, despite his inherited wealth, could not get into Harvard or Yale and had to make do with attending Brown University, a school that exists to provide diplomas to the more stupid offspring of rich Yankees. Yet I suppose that trading personal insults with Sulzberger won’t prove anything more than do his insults toward the South, so I won’t mention why his father divorced his mother, except to say nobody would blame him. Such insults would be unseemly, discourteous, and unbecoming to the character of a gentleman, but I don’t suppose courtesy matters much to the Sulzberger family enterprise.

To insult a man is to invite a fight, where I come from, and the “fighting words” doctrine has been upheld by the Supreme Court: “There are certain well-defined and narrowly limited classes of speech, the prevention and punishment of which have never been thought to raise any Constitutional problem. These include the lewd and obscene, the profane, the libelous, and the insulting or ‘fighting’ words — those which by their very utterance inflict injury or tend to incite an immediate breach of the peace.” What else did the editors of the New York Times intend by their insulting editorial, except to breach the peace?

When I was growing up in Georgia, there were still some genteel old ladies who referred to the conflict of 1861–65 as “the Late Unpleasantness.” Back in those days, the membership of the United Daughters of the Confederacy included many women who were, quite literally, daughters of the men who had fought in what was otherwise known as the War Between the States. And, contrary to the insulting accusation from the Times that they were the heirs of “traitors” — !!! — those fine Southern ladies were as patriotic as any women who ever lived. As their fathers had fought for the South, so their sons fought for America. My father, who was wounded within an inch of his life while fighting the Nazis in France, was the son of a woman whose father had served as a private in the 13th Alabama Infantry Regiment. Pvt. Winston Wood Bolt, my great-grandfather, was part of Brig. Gen. J. J. Archer’s brigade in the first day’s battle at Gettysburg. The brigade was outflanked by the Union army’s famous Iron Brigade, and both Archer and my great-grandfather were among the Confederates taken prisoner.

No hard feelings about all that, including my ancestor’s two-year imprisonment in Fort Delaware — let bygones be bygones. Such were the general sentiments of the generation that actually fought the war, including Gen. Robert E. Lee. Writing after the war to the wife of Jefferson Davis, who had sought Lee’s comment on an inflammatory speech by a Northern politician, the general counseled,

I have thought, from the time of the cessation of hostilities, that silence and patience on the part of the South was the true course and I think so still. Controversy of all kinds will, in my opinion, only serve to continue excitement and passion, and will prevent the public mind from the acknowledgment and acceptance of the truth. These considerations have kept me from replying to accusations made against myself, and induced me to recommend the same to others.

On a similar occasion, when his comment was sought on a newspaper’s libelous accusation against him, Lee replied,

The statement is not true; but I have not thought proper to publish a contradiction, being unwilling to be drawn into a newspaper discussion, believing that those who know me would not credit it and those who do not would care nothing about it. I cannot now depart from the rule I have followed. It is so easy to make accusations against the people at the South upon similar testimony, that those so disposed, should one be refuted, will immediately create another; and thus you would be led into endless controversy. I think it better to leave their correction to the return of reason and good feeling.

If the passage of more than 150 years has not sufficed to restore “reason and good feeling” between North and South, is there any hope for the future? Why would the New York Times wish to stir up sectional animosity at this late date? Probably for the same reason they published the so-called “1619 Project,” a tendentious series about the history of slavery in America (see “1619’s Woke Pulitzer,” The American Spectator, May 18). Inciting animosity by the constant reiteration of a racial grievance narrative is, it seems, the only way white liberals can prove their bona fides, or assuage their guilty consciences, in the Age of Trump. So the names of such facilities as Fort Benning and Fort Bragg are now to become a subject of controversy, as if our armed forces had nothing more serious to worry about. Never mind that there have been two terrorist attacks on U.S. military bases in the past six months, the most recent last Thursday, when a Syrian attacked a Navy base in Texas. No, according to the Times, we must rename everything to appease the arbiters of “wokeness.”

Seven years ago, when my son enlisted in the Army, his swearing-in ceremony took place at Fort Meade. My son is quite a student of military history, but he said nothing about the irony that this fort was named for Gen. George Meade, who commanded the Union army that captured my son’s great-great-grandfather Winston Bolt at Gettysburg. My wife is a Yankee from Ohio, so I suppose my family has done our part to restore the “reason and good feeling” Lee hoped to see, despite the efforts of the New York Times to breach the peace with their insults.

Anyone who has studied the history of the Left ought to know that nothing can ever satisfy the boundless appetite of radical activists who traffic in identity politics. Grant them everything they demand today, and tomorrow they will return with a new list of demands. There is a vast tax-exempt apparatus of professional grievance peddlers whose existence depends on this process of inventing “issues” to be angry about and bullying others into compliance with their demands. It’s who they are, it’s what they do, and every effort to appease them only encourages them to embark on new aggressions. That such people are now on the payroll of the New York Times speaks poorly of young Sulzberger’s management of the family business. He may suppose that the grievance-mongers will forever be content with stigmatizing distant Southerners as “racist traitors,” but how long until the accusation of racism is directed closer to home? Sooner or later, the Times itself will inevitably be targeted with such charges, and who will defend Sulzberger then? Certainly not me.

No, the New York Times has forfeited whatever claim it ever had to the respect of patriotic Americans, and we could not be expected to lift a finger to prevent whatever destruction may await Sulzberger’s business. They have sown the wind, and when it comes time for them to reap the whirlwind, we shall not lament their fate. Did I mention, by the way, that the Times first libeled Robert E. Lee in 1857?

What happened was that the Times reprinted an item first published by a Boston paper, falsely claiming that the Virginia slaves owned by the recently deceased George Washington Parke Custis were going to be “sold south,” in contradiction of their late master’s will that they be freed. As the son-in-law of Custis, Lee was executor of his estate, and wrote a letter to the Times correcting this fiction. Stating that Custis’s will “in his own handwriting” was on file in the probate court in Alexandria, Lee wrote, “There is no desire on the part of the heirs to prevent the execution of its provision in reference to the slaves, nor is there any truth or the least foundation for the assertion that they are being sold South.” From this incident, we see that “fake news” has a long tradition at the Times.

Speaking of long traditions, the Virginia property that Lee’s wife inherited from her father was later seized by the federal army, and it became a burial ground during the war that polite folks once called the Late Unpleasantness. Given that the New York Times now seems to be dedicated to erasing every reminder of Southern history, perhaps soon they will be urging us to change the name of that old property currently known as Arlington National Cemetery.