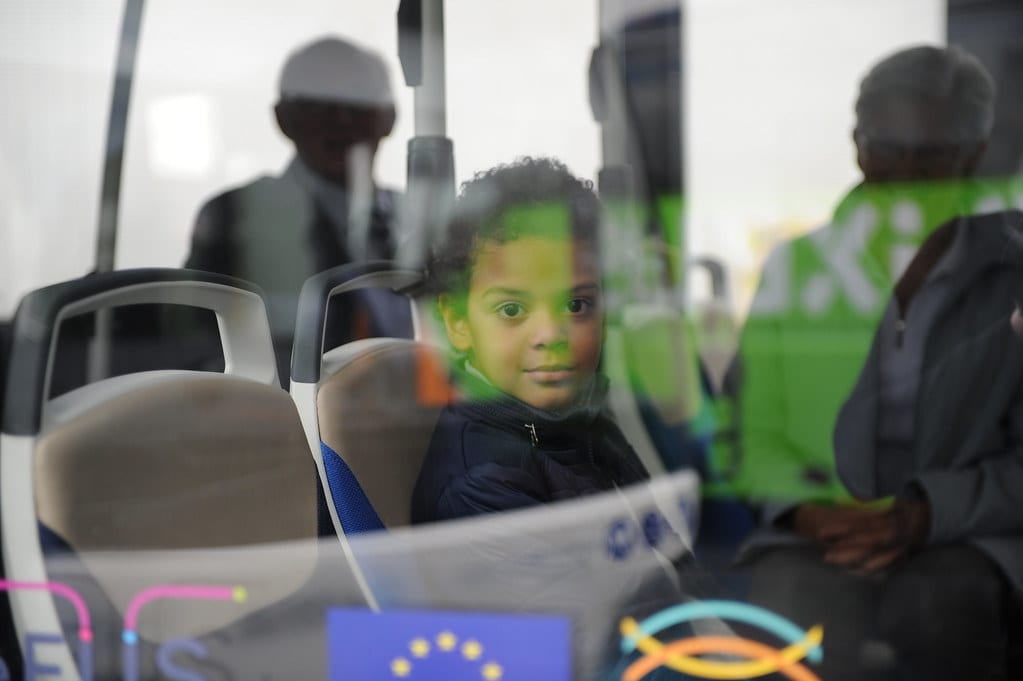 As contrived for the apparent purpose of embarrassing Joe Biden, Kamala Harris’ handwringer over racial-balance busing duly titillated the media. Who could suppose there was anything wrong with shipping children miles from their homes to satisfy what a federal judge said was the moral necessity of achieving a classroom mixture of black faces and white faces? And Biden had fought it at the federal level? The Homeric narrative thus organized itself around Sen. Harris’ account of “a little girl in California who was part of the second class to integrate her public schools, and she was bused to school every day. And that little girl was me.”

A few narrative omissions escaped media notice: The future senator’s family consisted of a Stanford University professor and a medical researcher; school segregation in California was due to housing patterns, not past legal requirements to keep the races apart; and everybody around the Bay Area was pretty cool with racial reassortment. Thus, The New York Times felt free to headline a Maureen Dowd column on the matter “Kamala Shotguns Joe Sixpack.” Hardly fair, but we should be glad anyway the senator brought up for display one of the most spectacularly damaging federal policies of the past half-century.

The millennials whom Sen. Harris was evidently addressing don’t remember busing. They don’t recall the indignation and social uproar it caused — without at the same time improving education for black children, its intended beneficiaries. It was social engineering on a scale never before seen in the USA. That is why, amid the present political clamor for handing over capitalism and medicine to the federal government, it helps to remember the federal government’s basic incompetence at running people’s lives.

The inspiration behind busing for racial business was a report by a Harvard professor, Dr. James Coleman, whose studies convinced him what was necessary for black children to learn better was to seat them alongside white children. You could call this theory highly patronizing: Poor little dears, they’ll get this algebra stuff if white kids are there to inspire them. (Never mind what that notion said about black teachers and black fellow pupils.)

The idea was to remove as many black children as possible from their horrible environments and transport them daily to the Promised Land, where the faces and brains were white and the thirst for learning infectious. At the same time, white children would be whisked away from their own neighborhoods — leaving behind fixed percentages to assure racial balance — and intermixed with students the courts had decided were a drag on the educational process.

It never worked. It couldn’t work. That was because the theory behind busing was at odds with reality — which is often the case with federal schemes for Uplift, though never an obstacle to the construction of such schemes.

There was never any showing made about the educational efficacy of busing. The inference was X number of white faces plus Y number of black faces was good in itself. The rest would follow.

Like fun it did. Bused pupils had to get up extra early for their journey; they obviously arrived home later than they had when attending schools nearer their homes. The black-white learning gap remained about where it had been prior to busing.

Deadliest of busing’s effects was the creation of social resentments. The federal judges who ordered busing operated on the assumption you could lead a horse to water and make him drink. But they couldn’t. Parents with enough wherewithal to resist — that was chiefly whites — moved to non-busing venues or put their kids in private schools. Those white faces so desired by the federal judiciary for educational purposes vanished from urban public schools. Take Dallas, where, before commencement of busing, two-thirds of pupils were white. The figure today is 5.1 percent.

What progress. Maybe that’s not the point, even so. Harris impressed the media with her sure-footedness in debate. She roused the baser instincts of The New York Times’s headline writers. And she stumped a moderate (by current standards) Democratic candidate said to be leading the presidential race.

I can’t wait to see what Harris, Warren, Sanders & Co. cook up and serve us poor voters next — the seeds for, of all things, a John Hickenlooper victory in the Democratic presidential race?