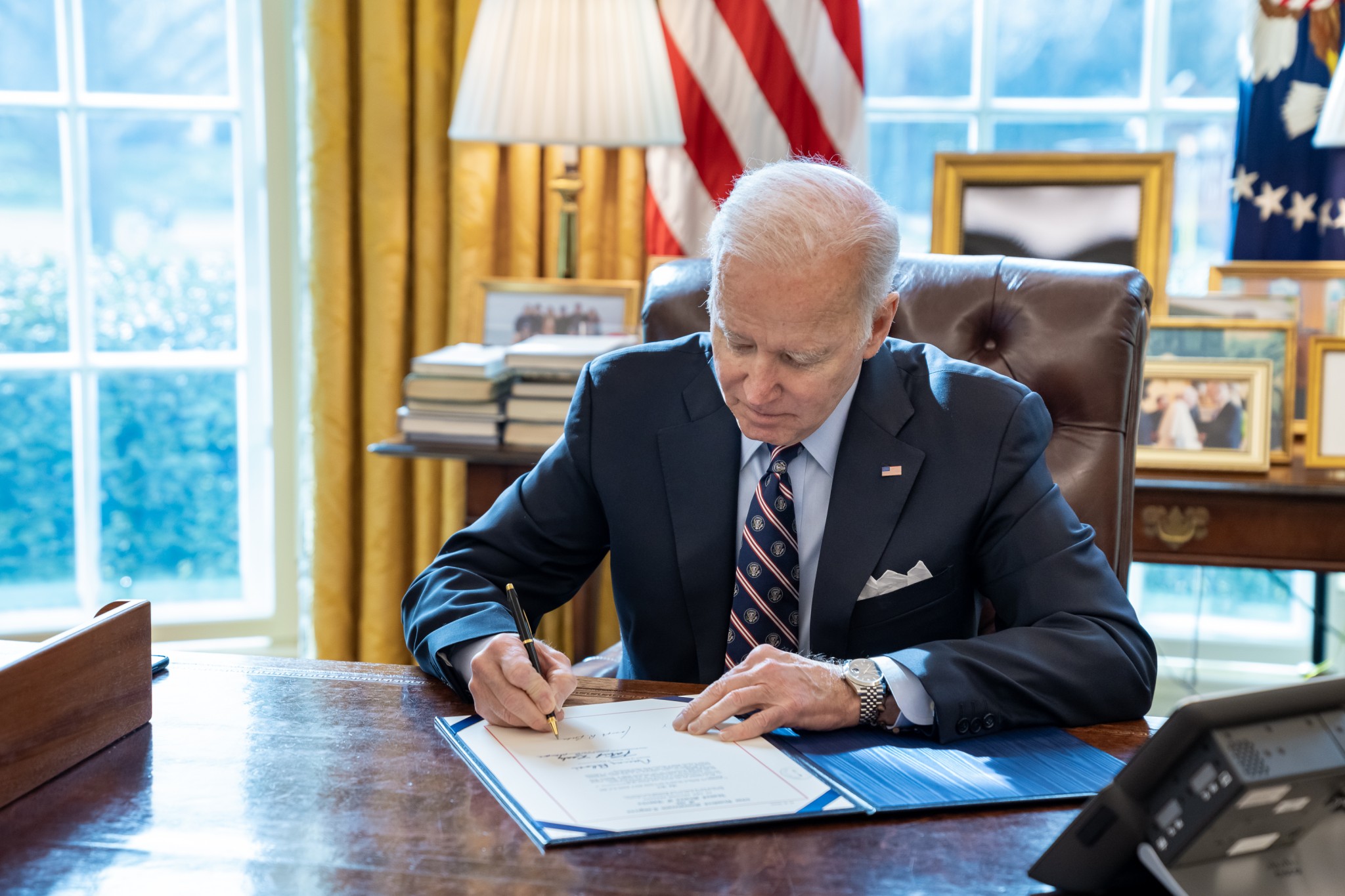 The Biden administration has canceled yet another set of student loans. This time, the government “forgave” the money owed by those who attended Corinthian College, a for-profit education group now defunct.

Many have attacked this series of loan cancellations as illegal or unfair. The Founders would have used another word: immoral. These actions violate the spirit undergirding human interactions, property rights, and political communities themselves.

Healthy and fruitful human interactions require trust. To trust each other, we must have reason to do so. People, in other words, must display the virtue of faithfulness and believe their neighbor will abide by it as well.

We make agreements with friends and neighbors all the time. Think about many Memorial Day weekend cookouts where families came together, each agreeing to contribute a distinct element to the feast. People trust their friends and neighbors will honor their commitments to complete the menu.

Beyond cookouts, contracts comprise one way the law codifies and enforces our interactions, assuring their participants’ faithfulness. With contracts, persons create a spoken or (typically) written agreement for conduct concerning each other. Consider how much of our doings involve contracts. The food we buy — both in grocery stores and restaurants — involves a contract between buyer and seller. Our clothes, insurance, gasoline, and movie ticket purchases, as well as myriad other actions, involve a contract between us and others to do certain actions. Indeed, our society would be hard-pressed to function as it does without contracts and the deeds that occur through them. In the 1810 case Fletcher v. Peck, Chief Justice John Marshall argued that violations of contractual rights would mean “the intercourse between man and man would be very seriously obstructed.”

When the government cancels a loan, it also cancels a promise. It rejects the moral virtue of faithfulness, rewarding its opposite vice: infidelity. This immoral act occurs whether the government forgives its own loan or forces a private entity to do the canceling. Ultimately, it communicates one need not adhere to what they agreed to do. It does what states did before the ratification of the U.S. Constitution, leading Marshall to remark that subversion of faithfulness in contracts “weakened the confidence of man in man” — resulting in great damage, not just morally, but legally as well.

Faithfulness and contracts seek to protect the use of one’s own property. Property forms the last of the great triumvirate of rights noted in our Constitution’s due process clauses (“life” and “liberty” being the others). At the Constitutional Convention, Alexander Hamilton pegged protecting property as among the “great objects of Government.” The Founders believed government existed to protect the natural, God-given rights of its people, and that we have a natural right to obtain property and to use it in ways that did not violate the rights of others. As people possess property to use it in some way, we must respect both possession and use.

Contracts played an essential part in realizing this good. Persons use contracts to codify how they will use their property, thereby protecting property rights by ensuring faithfulness in how others interact with one’s own things. For the government to cancel loans, again, plays fast and loose with property rights. It certainly does so when it directs third parties to cancel. But, again, even when the government cancels its own loans, it undermines its own property rights. We must recall the ultimate source of this money — the American taxpayer. Though by a small individual amount, their financial property, entrusted to the government for certain ends, receives no protection in these instances.

Finally, these cancellations undermine the spirit undergirding our political community itself. Governments come to exist by the consent of the people — the people, in essence, make a contract by which they create a government. These contracts we call constitutions, and every state, as well as the national government, has one. Through these constitutions, We the People agree to submit to the rule of law, made and enforced by governments, to achieve certain enumerated purposes. These contracts bind us and bind the government, each pledging faithfulness to the constitution’s terms.

Forgiving student loans might violate the letter of some of these constitutions, depending on the nature of each. They certainly violate their spirit. They say we need not keep to the rules to which we agreed. Debt cancellation declares that consent need not bind when inconvenient or plain hard.

Faithfulness to our constitutions, especially our national Constitution, is not always easy. It requires we submit to election results we dislike and laws we think are inadequate or foolish. Yet submit to them we must, acting within the system to which we agreed. Thus, we mustn’t minimize the damage caused by the Biden administration’s move to cancel student loans. It pulls at the moral fabric which stitches us together as a people — a fabric of moral faithfulness, codified by contract, protective of property rights, and part of what it means to live under a constitution ratified by We, the People.