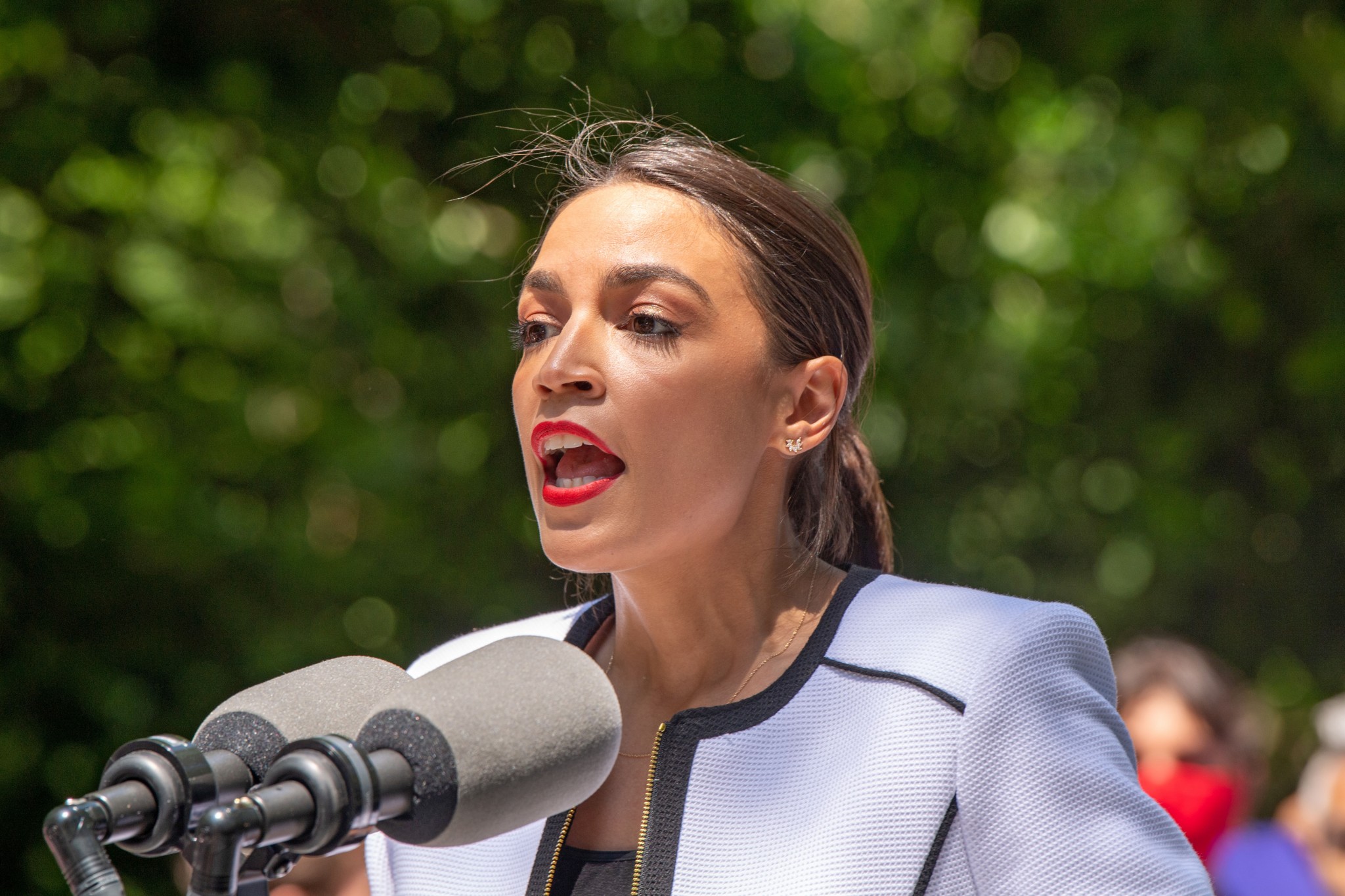 A contagion is ravaging the Democratic Party, destroying the credibility of its leaders and scaring away its supporters. It is the deadly Hypocrisy Variant. The most prominent Democratic carriers of this infectious strain of duplicity are former President Barack Obama, President Joe Biden, New York Gov. Andrew Cuomo, California Gov. Gavin Newsom, Michigan Gov. Gretchen Whitmer, Speaker of the House Nancy Pelosi, Senate Majority Leader Charles Schumer, and failed presidential candidate Hillary Clinton. Less significant Democrats who have tested positive for the Hypocrisy Variant are Rep. Cory Bush (D-Mo.), Alexandria Ocasio-Cortez (D-N.Y.) and the Texas Democrats who fled their state in order to hobble the democratic process.

The Hypocrisy Variant is a new mutation of a recurring Democratic infection, but the number of cases has spiked in recent weeks, reaching its peak at former President Barack Obama’s lavish birthday bash last weekend. Photos of the fête taken and posted on the web by Rapper Trap Beckham make it all too clear that the masking and social distancing rules that Obama has encouraged the hoi polloi to follow don’t apply to him or any of the arrivistes with whom he now regularly mingles. This party would have unquestionably been labeled a “reckless superspreader event” by the media and every Democrat named above had it been held by Donald Trump. Oddly, the silence about Obama’s star-studded soirée has been deafening.

Obama is hardly the only Democrat carrier of the Hypocrisy Variant, of course. President Biden is a kind of one-man superspreader. During last year’s presidential campaign, Biden routinely denounced then-President Trump as a lawless authoritarian who had consistently exceeded his constitutional authority. This claim was never accompanied by convincing evidence, but it was parroted by the media. It goes without saying that as soon as Biden was installed in the White House, he began issuing constitutionally suspect executive orders as fast as his lackeys could shove them under his nose. His most lawless act thus far has been the renewal of the unconstitutional eviction moratorium. As legal scholar Jonathan Turley writes:

Biden is openly flouting the Constitution with a knowingly invalid extension of the eviction moratorium — and some law professors and advocates on the left are cheering him for it … Biden was hailed for his extra-constitutional commitment to social justice. One liberal commentator declared that “with one small action, Biden reveals himself as a better leader than Trump.” That “small action” was violating the Constitution — the document he swore to uphold, “so help me God,” at his inaugural. Nevertheless, gutting the rule of law is somehow now seen as “a sign of leadership in action.”

Another virulent outbreak of the Hypocrisy Variant has been raging in Albany, New York. Last year, when COVID-19 was decimating the elderly population, Empire State Gov. Andrew Cuomo insisted on shipping COVID-positive patients to nursing homes. When this killed thousands of seniors, he tried to cover it up. While this was going on, this character had the audacity to lecture other governors, including Florida Gov. Ron Desantis, about how they handled the pandemic. It turns out that even with a recent spike in cases, Florida’s COVID-19 death rate per 100,000 residents (184) is far below that of New York (279). Moreover, when confronted with the carnage he had caused, Cuomo indifferently asked, “Who cares?”

California Gov. Gavin Newsom and Michigan Gov. Gretchen Whitmer are also battling the Hypocrisy Variant. They followed the Cuomo model of criticizing Republicans while dumping COVID-positive patients in nursing homes. Consequently, the Select Subcommittee on the Coronavirus Crisis has requested documents from both concerning their decisions to ignore a guidance from the Center for Medicare & Medicaid Services (CMS) for COVID-19 infection control in nursing homes. Meanwhile, both Newsom and Whitmer have been busted violating their own lockdown rules. In Newsom’s case, this symptom of the Hypocrisy Variant boosted the effort to recall him. Recent polls suggest he’s toast. SFGATE reports:

Just prior to the start of the first televised debate in the Gavin Newsom recall election Wednesday evening, a shock poll showed the governor losing the first question (“Should Gavin Newsom be recalled?”) by double digits . . . The poll came from Survey USA and the San Diego Union Tribune, and was conducted among 1,100 Californians from Aug. 2 to Aug. 4. It found that 51% of respondents were in favor of recalling Newsom, while only 40% wanted him in power. The previous Survey USA/San Diego Union Tribune poll from May found 36% in favor of the recall with 47% opposed.

And the Hypocrisy Variant is by no means limited to elderly politicians like Biden or middle-aged politicians like Newsom. Unlike COVID-19, it does not spare the young. It has certainly infected Rep. Cory Bush (D-Mo.), who has consistently called for the defunding of the police where her constituents live while insisting that she needs the protection of an expensive personal security detail: “I’m going to make sure I have security . . . if I end up spending $200,000 . . . So suck it up and defunding the police has to happen.” Inevitably the Hypocrisy Variant has infected Alexandria Ocasio-Cortez (D-N.Y.) who recently masked up for a photo op with activists on the steps of the U.S. Capitol and removed her mask after the shot.

We’re all familiar with the other ravages of the Hypocrisy Variant: Speaker Pelosi getting caught at her hair salon when no one else was permitted to engage in such “dangerous” behavior. Hillary Clinton refusing to accept her 2016 loss and accusing Trump of inciting insurrection for taking much the same position after the 2020 debacle. Senate Majority Leader Charles Schumer reversing his position on Supreme Court nominees. The preposterous claims by truant Democrats from the Texas legislature who insist that they are saving democracy by refusing to allow a democratically elected legislature to pass an election reform bill. The Hypocrisy Variant is killing “the party of Jefferson and Jackson.” And none too soon.