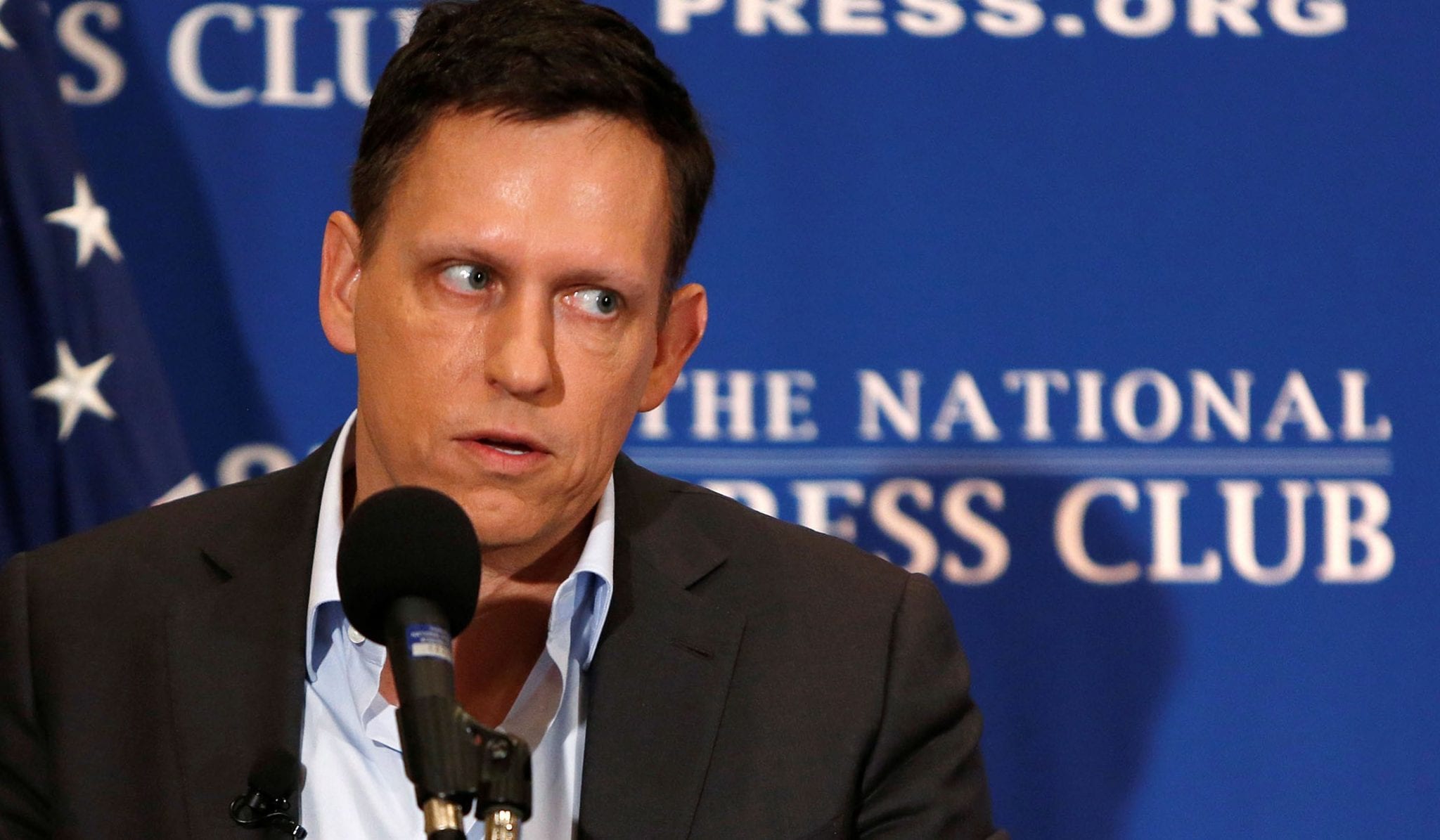 In a recent speech at the first annual National Conservatism Conference, internet pioneer Peter Thiel said he worries about possible high-level infiltration of companies like Google by the Chinese. Given the fact that the importance of artificial intelligence will be comparable to the nuclear revolution of the 1940s, knowing who has access to this technology and by what means is of critical importance.

But our country faces problems with industrial espionage and international politics in general, and those are the hidden fronts of the culture wars. We often perceive of the culture wars as disagreements over God, guns, and gays that have hardly any direct influence on the country’s foreign policy. But the growing polarization of the U.S. public is increasingly becoming a foreign policy problem that will only get worse if current trends persist. While the West has taken pride in overcoming the rah-rah nationalism of the 20th century, the replacement increasingly is looking like a sort of collective Stockholm syndrome, with the sins of the past as the hostage-taker.

Nobody needs to whitewash European or U.S. history, but continuously putting its darker sides front and center is chipping away at fundamental virtues such as patriotism. Patriotism in its pure form is an intuitive inclination to side with one’s own country — not because one feels hatred towards the foreign, but because we have an emotional attachment to the place that shaped our identity. It is similar to saying that just because I love my mother does not mean I despise everybody else’s.

But what happens if this natural inclination is turned upside down, and you automatically ascribe the worst motives to your own side? The growing “cultural appropriation” of the Nazi comparison is a symptom of this switch. It is one thing to criticize policies, but quite another to equate the worst regime in world history with your country.

Those who consistently describe their country in negative terms create a cultural environment in which acting against or resisting what it stands for becomes the new instinct, which is precisely what we see happening with both the U.S. and the European Left. Someone who pulls down the U.S. flag and raises both a defaced version of the Stars and Stripes and a Mexican flag has crossed the threshold from critical patriotism to outright hostility. If this act were limited to the radical fringe groups that exist in every country it would be a minor problem, but we see at least tacit approval of such actions by some of the most powerful players in U.S. culture. Why, for example, are Facebook and Twitter so much faster to take down conservative and patriotic voices, but much slower to act against supporters and condoners of actual political violence on their platforms?

The longer this trend persists, the more it will spill over into the foreign policy capacities of the United States and Europe. As Peter Thiel pointed out at the conference, it seems that Google and similar companies have no problem cooperating with the Chinese regime. But why should that be surprising if its leadership has been marinated in the belief that the true global villain is the United States? Europe, with the exception of its eastern part, has lost complete control over the migration crisis because of the prevailing view that open borders could be a way to find absolution from the sins of the past. But the problem goes further than that: it will not be easy for Western intelligence services to recruit human intelligence if that would mean to work for the world’s most evil country. And it will not be easy for others to recruit in the West if espionage for a foreign power becomes something close to a moral virtue, as has been at least partially demonstrated by those who cooperated with WikiLeaks, which promotes anti-Americanism more than global transparency.

Most of those who turn against their country as a sign of virtue probably believe that this is an easy way to ingratiate themselves with the dominant culture. The question is how long such a country can survive.

Ralph Schoellhammer is a lecturer at the department of International Relations at Webster University Vienna, where his primary research interests are Political Theory and Political Psychology with an emphasis on culture and social cohesion. His writing has appeared in the Washington Examiner, The Jerusalem Post, and other publications. You can follow his work on Twitter under @raphfel.