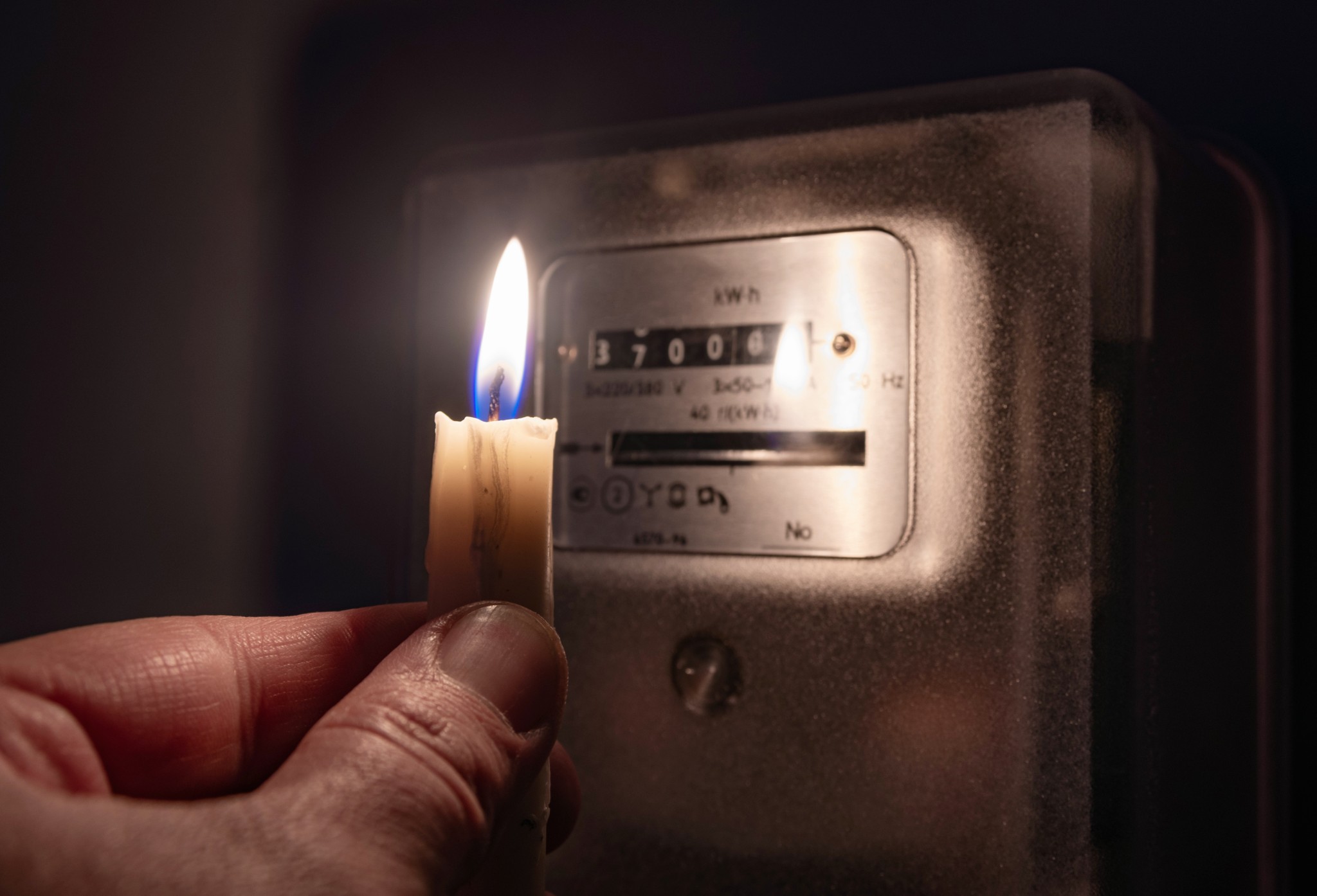 I never would have expected that I’d be one of those codgers who tools around in a vintage automobile, but circumstances dictated that I am.

I drive a Limited Edition Eddie Bauer Ford Explorer. Which sounds like I’m bragging. I’m not. It’s a 2007.

I love my ride. As old as it is, it’s only got 112,000 miles on it. It had 55,000 when I bought it with a check in 2011. When you’re a professional writer and you work from the office in your house, and you managed to settle in a place where within a couple of miles there is virtually everything you need (I have literally six restaurants within walking distance from my house), you just don’t need to put a lot of mileage on your vehicle.

Eventually, I’m going to move out of here and it’s unlikely I’ll have the same kind of situation, but the way things are, I have zero reason to trade in my perfectly usable ride for something that would put me back in automotive debt. I haven’t had a car note in 11 years. I’ve got no desire to carry one now.

But a 2007 Ford Explorer in 2022 is going to have some issues, so Wednesday I brought it into the shop. I’m expecting a decent-sized repair bill, but that’s small potatoes compared to what I’d spend replacing it.

But the guy who fixes the Explorer, who knows what I do, asked me an interesting question when I brought the vehicle in.

“Scott, do you think it’s ever going back to normal?” he said.

He’s struggling to keep his shop open. He’s fixing cars himself, which he thought he was past doing, and he’s got to supervise the people who do show up to work at his place like a hawk because workmanship is a lost art. Parts cost more — when he can get them. He’s had an army of various regulators and other pencil-pushers descending on him with various new demands. And keeping up with the demand, as folks like me who refuse to get into the market for a new or even used car are deluging him with lube jobs, tire replacements and rotations, alignments, overhauls, transmissions, and all kinds of things which used to be signals for trade-ins but no longer are.

And my guy — I’ll call him Z — would like to be happy that his business is booming. But it really isn’t. He’s busy, but his costs are through the roof and he can’t pass the increases fully on to his customers. And he can’t just manage the business when he’s working double the hours just to keep the repaired vehicles moving out the door.

I gave him the spiel from The Revivalist Manifesto, the book I wrote which popped out this summer, which seems more prescient all the time if I’m allowed to brag a little. I told him we’ve been through major periods of upheaval in our history and what they generally signify is a change in political eras. The Civil War. The Great Depression.

I told him the worst has only begun. But we’ll get through it, and the America that comes out of the other side of this bizarre period we’re going through is more likely to be a revivalist America than an AOC-Bernie Sanders Woke Soviet America because “there are too many people like us who won’t have this kind of thing.”

He agreed, though he said he was still terrified.

And he should be. Of course he should. The Great Upheaval will bring us to that next era, which will either give us Woke Soviet America or Revivalist America.

The Daily Caller’s E. J. Antoni had a terrific piece on this subject Monday.

It’s not the fact that the economy has already contracted for two consecutive quarters. Debating whether that should be considered a recession is, at this point, an academic exercise which ignores the reality of key factors that are already baked into the cake and whose impact will be felt in the coming months.

The biggest recessionary factor that should have alarm bells ringing is new orders for business, especially manufacturing, which are plummeting.

In the New York survey, current business conditions are rated worse than any time besides the depths of the 2009 crash and the pandemic. In July, future business conditions were worse than at any point besides September 2001, when the survey was taken right after 9/11. In other words, the coming economic storm is more worrisome to manufacturers than anything besides a terrorist attack.

And in case anyone thinks these may all just be regional phenomena happening in the respective Federal Reserve Bank districts, the Census Bureau’s most recent reports on new orders for durable goods and retail sales showed all growth vanished in July.

S&P’s Purchasing Manager’s Index (PMI) initial report for August shows new orders for the private sector falling at the fastest pace in over two years. The Institute for Supply Management’s PMI for both manufacturing and the hospital sector also showed new orders declining in the most recent reports.

Antoni explains that the economy is essentially dead, but it’s still twitching. Manufacturers are hustling to engage scarce labor and increase production — but that’s to fill backed-up orders. New demand is stalled, which means when the old orders are filled everything stops.

It stops because when it costs so much to make new things, the resulting price is beyond what the market will bear. And so comes the crash.

But it could get worse than that. Look at Europe, where it’s less a question of how much it costs to make new things and more whether making them is possible at all.

The lights are literally going out all over Europe. Two-thirds of the pubs and restaurants in the U.K. could close because utility bills are pricing them out of business. Natural gas and coal are sky-high. The energy markets are so roiled by the lack of fossil fuels from Russia that governments are faced with bailing out the energy firms, else a “Lehman Brothers event” wipe out the sector.

European energy companies are facing margin calls of a total of $1.5 trillion in the derivatives market and many would need policy support to cover them amid wild swings and skyrocketing gas and power prices, an executive at Norway’s energy major Equinor told Bloomberg on Tuesday. According to Helge Haugane, Equinor’s senior vice president for gas and power, the $1.5-trillion estimate is even “conservative”.

Liquidity at energy firms is drying up as many companies have started to struggle to meet their margin calls on the energy derivatives market.

“If the companies need to put up that much money, that means liquidity in the market dries up and this is not good for this part of the gas markets,” Equinor’s Haugane told Bloomberg.

Some countries in the EU have already decided to set up funds to avoid a collapse of their energy derivatives markets. Finland and Sweden put out plans this weekend to support their energy companies trading in the electricity derivatives markets, looking to avoid a “Lehman Brothers” event in their respective energy industries and financial systems.

“This has had the ingredients for a kind of a Lehman Brothers of energy industry,” Finland’s Minister of Economic Affairs, Mika Lintila, said on Sunday, as carried by Reuters, commenting on the energy crisis in Europe.

Zero Hedge has a related piece with some awfully grim Goldman Sachs numbers and forecasts which show that energy prices could quadruple in places across Europe in 2023, with fuel costs gobbling up 20 percent of disposable income.

Governments are facing the necessity of rationing energy and forcing consumers to go without so that industry — which carries with it jobs — can continue. But as standards of living plummet, where’s the demand for the products industry creates?

We know the proximate cause of all this is Vladimir Putin’s war in Ukraine. Putin’s Russia is winning that war on every conceivable front at the moment; you would think the West would be attempting to broker peace before Western Europeans freeze to death this winter. Particularly now that the Nord Stream 1 (or Nordstrom, in the words of our incompetent press secretary Karine Jean-Pierre) pipeline has been closed down.

This is going to be the worst American fall harvest in decades. For all kinds of reasons. The cost of fertilizer, drought conditions in spring and summer, the toll public policy has taken on farmers, energy costs. That means less land was planted on this year and the yield will be slow. And it comes at a time when Ukraine, the breadbasket of Europe, will supply less grain than in decades.

You’re going to have massive food shortages. The Karine Jean-Pierres of the world aren’t telling the truth about that. But when America’s poor are no longer fat but skinny, the time for lies will be over. Particularly when we now know the Biden regime has admitted more than a million illegal immigrants since January of 2021 — which doesn’t count the people who’ve never been apprehended. Now those are mouths to feed; but what to feed them?

The upheaval will be unmistakable.

It’s here. It’s going to last until good decisions replace bad decisions. And then the revival might begin.

That isn’t very comforting to my friend Z. He told me he hopes he’ll have better news about my vehicle than I had for him about the state of the world. I hope he’s right.