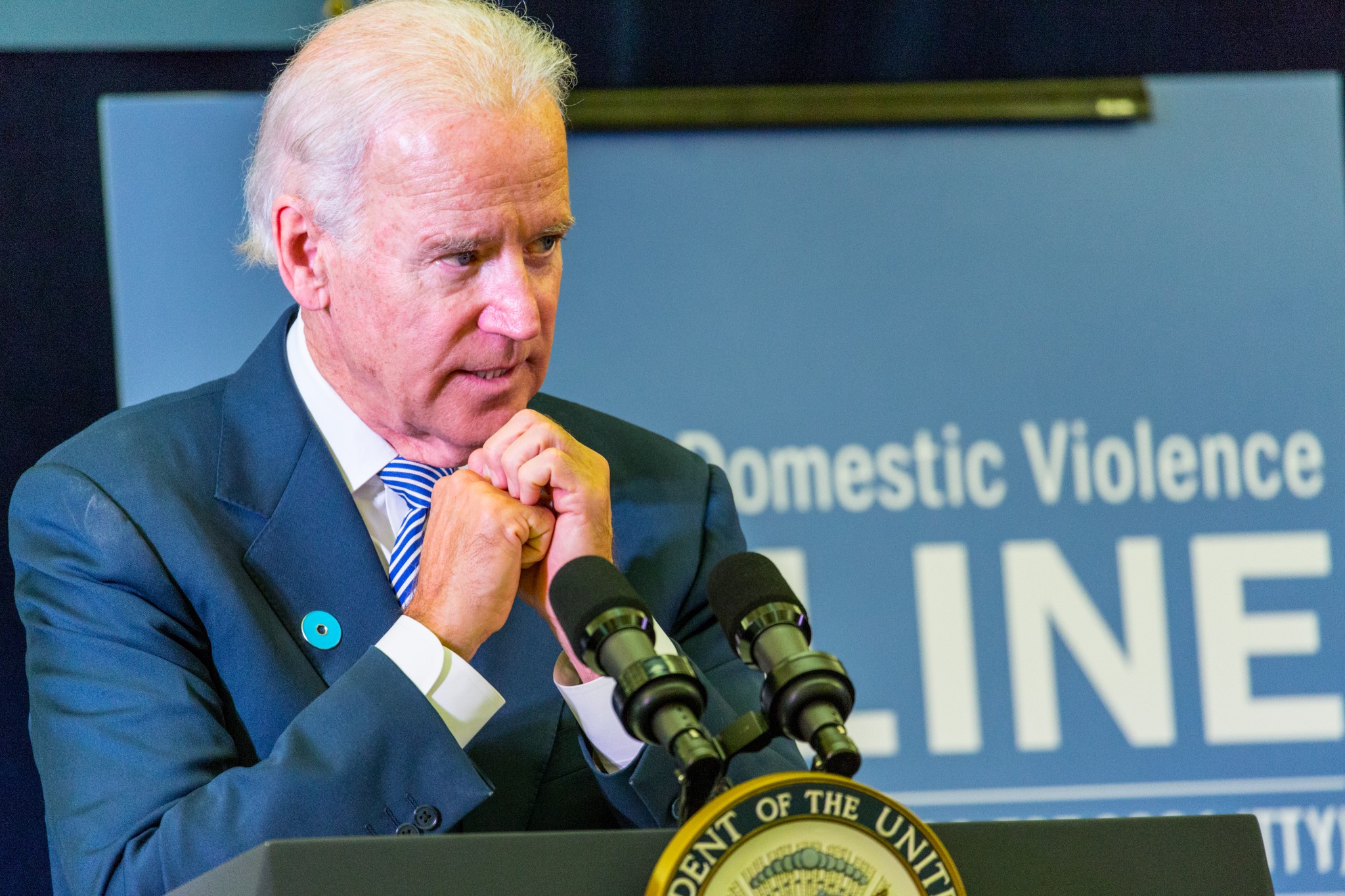 Last week Chris Bedford had a very notable column at The Federalist recognizing that the current Team D crowd driving policy and media in this country is obsessed with three things nobody else is clamoring for.

And he was right, in a strong sense.

Bedford said that if you listen to Joe Biden or the various media flacks representing him, or if you listen to the congressional leadership attempting to prop him up, or their pet media organs, you’d think America was obsessed with January 6, COVID, and racism.

Nobody cares about January 6 anymore other than Democrats who want to flog it as a means of defaming the Right. Most of America, regardless of what they might tell pollsters, has had it with COVID and has especially had it with the government’s manipulation of it to gain more control over ordinary people. And almost nobody is interested in any more woke “antiracist” rhetoric. Get-woke-go-broke is a real thing, because people are exhausted with the idea that America is a racist country. Tell that to those 15,000 Haitians sweltering under an overpass in Del Rio, Texas.

No question about that. No question, either, that Bedford was correct when he said those three null-set issues are distractions from the real problems that America had better address, and soon, or else big trouble is coming.

This is not a conspiracy theory; there is no grand plan here. When people want to know how D.C. operates, it’s a lot more like an episode of the comedy “Veep” than the drama “House of Cards,” but stupid people are dangerous, and as the quip goes, never underestimate the power of stupid people in large groups — in other words, Washington, D.C.

So look around at this country. Regardless of party, be honest with yourself: Do you think your government is as good at any of those things as it was 20 years ago?

Here’s where I’ll jump in, because it’s actually a little worse than Bedford says (and he does say it’s fairly awful). Because this administration, which at the end of the day is essentially the continuation of the Obama administration, is earnestly pursuing the Four Zeroes.

These are zeroes we don’t want, can’t afford, and will suffer horribly from the pursuit of. What are they?

If you’re paying attention to what’s happening in Australia, what you’re seeing is the utter destruction of a free society by sheer mass hysteria weaponized by psychotics with political power. They’ve instituted draconian measures like strict lockdowns, alcohol rationing, and quarantine camps, which you would think would have to be the result of mass deaths and overwhelmed hospitals.

And you’d be wrong. In August, Australia recorded 682 COVID deaths. Of those, 221 were people 90 years old or older, and another 294 were people 80-89 years old. So, 76 percent of an infinitesimal number of deaths in a country with a population not quite the size of Texas were at least 80 years old, and this justifies turning the place into a police state.

Texas, by the way, had just short of 3,600 COVID deaths in August, which may or may not have something to do with the thousands of COVID patients streaming across the border from all over the planet. More on that in a bit.

Why are we talking about Australia and its massive overreaction? Because if you don’t realize that dystopian reality is what the Biden regime wants, you are not paying attention. When Biden demands everybody gets vaccinated and he’s willing to shred the Constitution in pursuit of cockamamie COVID mandates for masks and vaccines, that’s what his handlers are pushing for.

Don’t think so? Then explain why, as David Catron was spot-on in outlining here at TAS Monday, the regime is now rationing monoclonal antibodies so as to deny them from states like Florida and Texas, where the state officials are committing to making them available to treat COVID patients. Those monoclonal antibody infusions are the one thing everybody seems to agree is highly effective in treating COVID and making it go away. We can argue about HCQ and Ivermectin and the rest, and I’m with the majority of the readers on the subject (common antiviral drugs should never have been blackballed from use; it’s criminal that they have been), but the actions on monoclonal antibodies make unmistakably true what should have never been more than a heinous conspiracy theory.

They don’t want to treat you if you get COVID. You getting it and getting over it doesn’t work for them. They want you to take the vaccine.

Why? Because this administration wants to set a “COVID Zero” goal like they’ve done in Australia. They think COVID is a killer app for the perpetuation of government power and a way to bring about the “new world order” one of the dumber bureaucrats down under was chatty enough to let slip.

You should give them the benefit of no doubt whatsoever. An honest government would recognize COVID as a coronavirus with an animal reservoir that can never be eradicated, push herd immunity by vaccinating senior citizens and other at-risk folks as much as possible, and then focus on treating the virus with everybody else who gets it as efficiently (common antiviral drugs openly available) and as effectively (monoclonal antibodies for everybody who still has symptoms if antivirals don’t work) as possible. But that isn’t what we have, and as Sen. John Kennedy said on Friday, “the American people, from bitter experience, have learned not to trust the federal government.”

Don’t trust the Biden regime, and particularly that wrinkled old liar Anthony Fauci, with anything to do with COVID. They’re pursuing unattainable aims for illegitimate reasons, and your freedom is in even more danger than is your health as a result.

This was something which slipped out of Biden’s mouth the other day, as he’s been warbling about getting to net zero carbon emissions in America by 2050. Of course, during the second presidential debate last year, he said he wanted it in 2025, which would essentially result in forcing Americans to pull plows and hammer steel by hand.

We don’t need to spend too much time on this. You know all about the idiocy of Biden’s climate change policy antics and the awful Green New Deal fantasies his handlers are trying to commit the country to. And you know what the economic effects of that will be. Biden was at the United Nations Tuesday warbling about global warming, while the Chinese laughed and toasted each other. We’ll have zero carbon emissions because we’ll have zero manufacturing, and we’ll solve the national obesity crisis by having our people forced to ride bicycles all over our cities as though we were Vietnamese or Colombians.

Border? What border? There hasn’t been one since Biden took office and it’s quite clearly not his intention to have one again while he’s in office.

The illegal immigration crisis is the single worst breach of faith by a presidential administration with the founding documents and public trust of its citizenry in American history, and that includes Afghanistan. Biden did everything he could to incentivize illegal immigration, for the obvious purpose of embedding as many illegals into our population and onto our government assistance rolls as possible before ultimately granting them amnesty and eventual citizenship and/or voting rights (they don’t care if the illegals end up citizens so long as their vote can cancel yours out).

And it’s essentially the only thing his administration has done that actually worked. Because how could it not? There are nonprofit groups facilitating the invasion into our southern border, and the president first gives an open invitation to the illegals, complete with the promise of free health care and other public-teat bennies, then sends his vice president out to explore “root causes” once regular Americans become aghast at the waves of trespassers wading across the Rio Grande.

The root cause is Joe Biden. Everybody knows that, including the leaders of the Central American countries whose citizens are migrating here. They told Kamala Harris that, which should have been the end of the border crisis. Had she listened, and the administration reversed its open-border policies, the current flood would have slowed to a trickle.

But it’s only going to get worse, because the word is out and American citizenship is being degraded as fast as our currency is debased.

It’s so insultingly maddening that Biden is mandating vaccinations and negative COVID tests for business travelers from London and The Hague while giving free bus rides to red states for COVID patients from Tegucigalpa and Herat. This is what Border Zero looks like, and it’s up to states like Texas to essentially nullify federal immigration law in order to put a stop to it.

Let’s recognize that Joe Biden is a longtime peddler of influence and trader-out of American interests. That’s what was clearly evident throughout the suppressed scandal surrounding his crackhead son Hunter’s abandoned laptop, and its implications are nothing short of horrific.

Was the pullout of Afghanistan truly the product of incompetence, or something worse? It’s going to take hearings, the kind of hearings an impeachment trial can generate, to know for sure, but the fact is that nothing about our Afghanistan denouement is suggestive of the ordinary idiocy of the American government. The reason the American people reacted so strongly to that debacle was that it’s a break even from our “bitter experience” as Kennedy puts it.

You’re surely aware of the fact that had Joe Biden set out to destroy American influence with our allies and our credibility with those with whom we’d like to make common cause, not to mention to destroy any deterrent effect we might still have with our international adversaries, he couldn’t have furthered those aims any more completely than he did with the Afghanistan pullout.

We’re at a point of international influence we haven’t been since the 19th century, when America didn’t generally even have any interest in international affairs. And what does that do? Well, it validates the Left’s view of America. We don’t have international influence because we don’t deserve it. We’re a racist, homophobic, misogynist country whose founding documents are invalid and whose powerful, influential, and productive must wear a hairshirt of wokeness.

It makes you wonder if this is what the Chinese bought with that investment capital Hunter finagled during his trip with Daddy to Beijing. Or the seven figures he picked up from the mayor of Moscow’s wife.

Those are the four zeroes. But they don’t add up to zero. They add up to trouble. We’re in a lot of it. God help us.