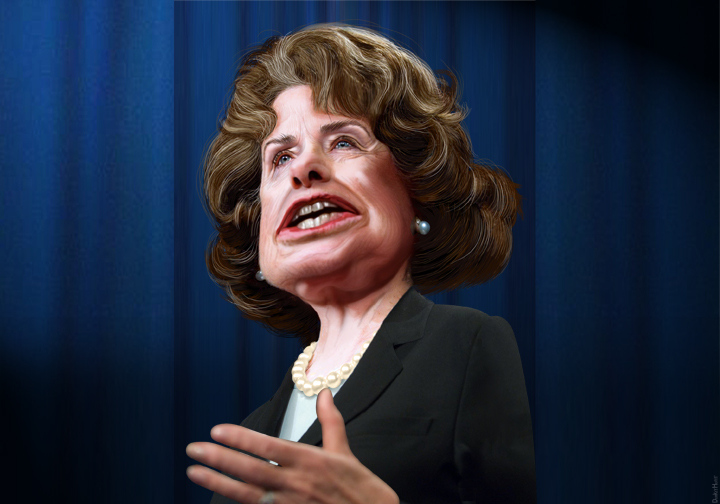 It all goes back to Senator Dianne Feinstein. The shady allegations suddenly becoming public. The late hour shenanigans. The lying to colleagues. The using of a clearly damaged Christine Blasey Ford. The dragging of Brett Kavanaugh and his family through this fetid mess. Every part of this is the ranking Democrat’s fault.

Finally, at the end of the day, Senator Cruz and then Senators Cornyn and Grassley confronted her about her perfidy.

The Senator from California seemed genuinely shocked to be called out. Her befuddlement is laughable. How, precisely, did the news of the existence of Dr. Ford come to the public when only Senator Feinstein and a Congresswoman and their staffs had access to the letter in question?

To reiterate, Dr. Ford claimed to want to keep this private. Her lawyers kept from her, evidently, the fact that the Republicans would have been happy to have her forensically interviewed in California what with her obvious fear of flying. She seemed shocked by this possibility. Her attorneys seemed dismayed, too.

This was not going according to plan.

After the morning’s testimony and no real progress and no real solid anything coming of it except the last two or three questions by Rachel Mitchell, many, including Judge Napolitano and  renowned attorney and professor Alan Dershowitz thought the questioning of Dr. Ford was a bust. I’m no attorney and not versed in legal anything, but optics and public relations I do understand and Mitchell was the perfect choice. Here are the reasons:

Which brings us back to Senator Feinstein. She dropped this bomb upending the process and dealing contemptuously with her own witness, Judge Kavanaugh, her Republican colleagues, and her fellow Americans. When the original hearing didn’t go as planned, when the only dirt was baseball tickets and beer, something drastic had to be done. This last-hour desperation meant expending a cartel-load of political capital but things like Senator Feinstein’s future was at stake — never mind the Senate control and the Supreme Court balance and most of all, the cultural control that leftists hold so dear. So Senator Feinstein lit everything on fire and burned it all.

This ugly sham will be the Senator’s legacy and her shame. At the end of her career (because win or lose, her career as Senator is over), Dianne Feinstein upended the rule of law and laws of common decency. She abused a fragile woman and attempted to destroy a decent man and his family for one reason: power. Her power.

Hope the spectacle was worth it. It won’t be videos of the male Republicans that will be the legacy of this farce, it will be Senator Feinstein: fumbling, shocked, caught in a trap of her own making. She should pay for her malice dearly, she’s caused incalculable damage to many innocent people — not least of all the American citizens she claims to represent.