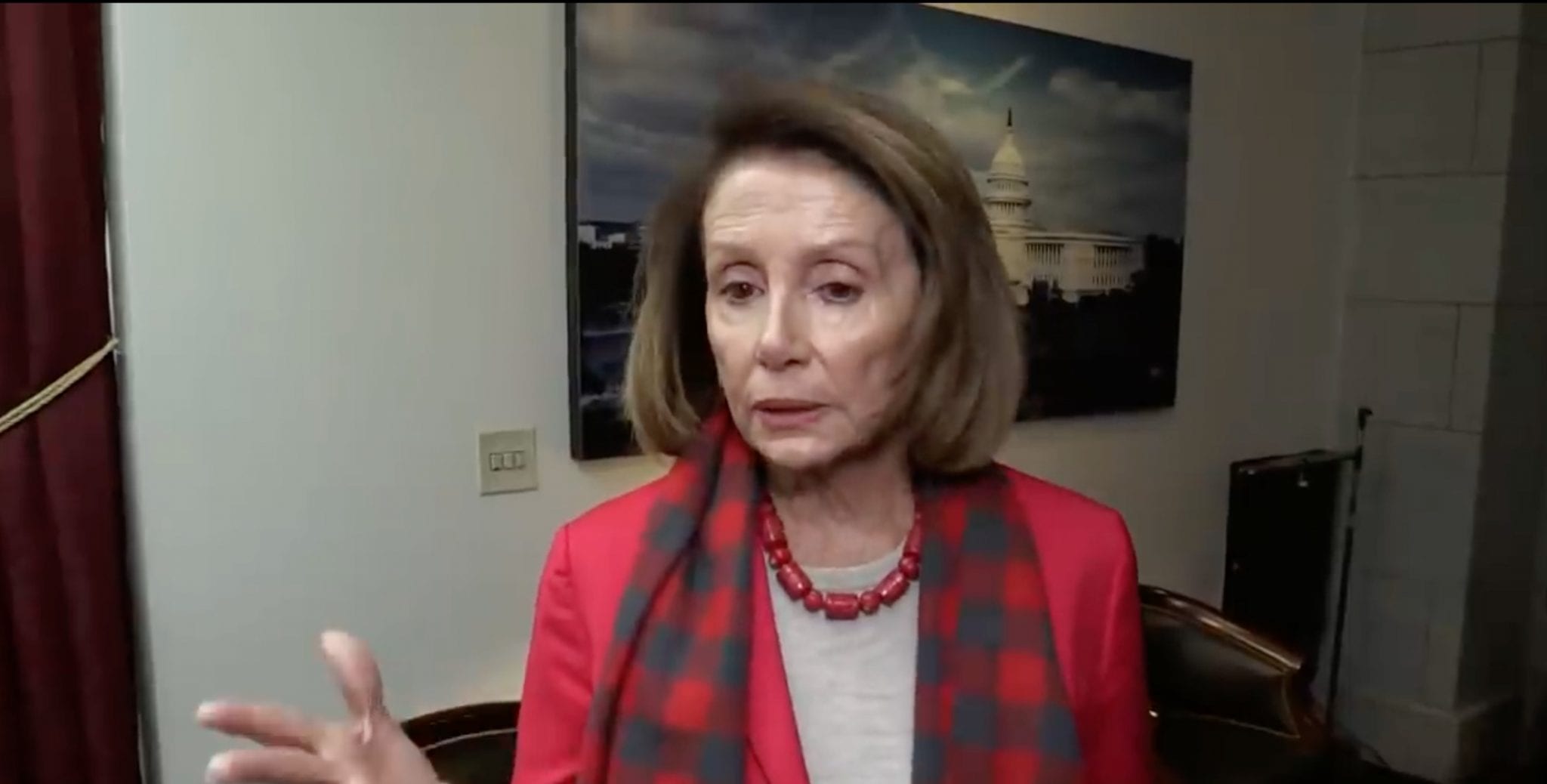 If you find it difficult to grasp how a handful of leftwing extremists managed to win last week’s battle with the nominal leadership of the Democratic Party over a House resolution originally written to condemn anti-Semitism, Margaret Thatcher explained the phenomenon four decades ago: “The one thing about leftwing politicians is that they are always fanatical. They never let go. It’s their religion.” She was describing how the Labour Party had been destroyed from within by a small minority of radicals. Thatcher eventually exploited this process, led the Conservative Party to victory over Labour, and became Prime Minister for eleven years.

The Republicans will deliver a similarly humiliating defeat to House Democrats in 2020 if its alleged leaders fail to rein in their own cadre of fanatical leftists, the core of which consists of recently elected social justice warriors Alexandria Ocasio-Cortez, Ilhan Omar, Rashida Tlaib, Ayanna Pressley, Rohit Khanna, Raul Grijalva, and Pramila Jayapal. But the internecine fight that preceded the cowardly revision of the anti-Semitism resolution into a denunciation of generic bigotry suggests that Speaker Nancy Pelosi and Majority Leader Steny Hoyer may not hold enough sway over their own caucus to prevent it from self-destructing.

Before their epic defeat in 1994, the Democrats held the House majority for no fewer than four decades. Yet, after 12 years in the wilderness, they clearly had learned nothing. After finally winning it back again in 2006, their irresponsible antics condemned them to the minority after only four years. If they pursue their current agenda for the next 18 months, they will be in the minority again after only two years. Not only can they not muster a majority to condemn anti-Semitism, their most visible members are unabashedly embracing socialism, and the first piece of major legislation, H.R.1, literally gives illegal immigrants the vote.

The Democrat majority jammed that bill, ironically titled “For the People Act of 2019,” through last Friday. At a time when the voters say immigration is the most important issue facing the nation, this pernicious bill actually loosens restrictions on voting by illegal aliens. The Illegal Immigration Reform and Immigrant Responsibility Act of 1996(theoretically) prohibits noncitizens from voting in federal elections, but H.R.1 permits them to vote in local contests such as school board elections. The GOP attempted to amend the bill so that only U.S. citizens can vote. The Democrats rejected this, of course, as Rep. Dan Crenshaw (R-TX) tweeted:

Today I offered a motion to recommit #HR1 reaffirming that only US citizens should have the right to vote. Dems rejected it. Next time you go to the ballot box, keep that in mind. The future of their party is in cities like San Fran, where illegals can vote. Let that sink in.

It goes without saying that H.R.1 is a classic Democrat power grab that attempts to usurp the authority of the states to regulate the voter registration process. It would vitiate the accuracy of registration rolls by automatically registering anyone who acquires a driver’s license, prevent election officials from verifying voter eligibility, and render state voter ID laws null and void. H.R.1 also takes the power to draw congressional districts away from the states, and requires inclusion of illegal aliens in all redistricting plans. Moreover, it violates the 1st Amendment so brazenly that even the American Civil Liberties Union bestirred itself:

The American Civil Liberties Union, on behalf of its 3 million members, supporters and activists, opposes H.R.1.… We strongly urge the Rules Committee to allow floor amendments that would mitigate our concerns with the provisions that unconstitutionally infringe the freedoms of speech and association.

Having thus used H.R.1 to unconstitutionally seize control over our elections, and presumably using that power to create a permanent majority in Congress as well as a series of compliant presidents, then the Democrats would get down to implementing their socialist agenda in earnest. First on the list will, of course, be the single-payer health care system for which they have yearned for so long. Dubbed “Medicare for All,” it will eliminate all private and employer health plans, and come with an annual price tag of $3.3 trillion. It will allegedly save us money pursuant to “lower administrative costs.” Yet even the Washington Post confesses:

The public piece of the American health-care system has not proven itself to be particularly cost-efficient. On a per capita basis, U.S. government health programs alone spend more than Canada, Australia, France and Britain… expanding Medicare to all would not automatically result in a radically more efficient health-care system.

Not coincidentally the latest version of this pie-in-the-sky plan was introduced in late February by one of the above-named Social Justice Warriors, Pramila Jayapal. It boasts 100 Democrat co-sponsors, and a number of Democratic presidential candidates have embraced the plan, including Senators Cory Booker, Kirsten Gillibrand, Kamala Harris, and Elizabeth Warren. The only Democrat who has shown reticence about a full-throated endorsement is Amy Klobuchar, who describes Medicare for All as an “aspiration” rather than an add-water-and-stir cure for what ails U.S. health care. This is also how she talks about the absurd “Green New Deal.”

This brings us back to our six Social Justice Warriors. The Green New Deal is not, as most people seem to think, a plan conceived by Alexandria Ocasio-Cortez and her staff to save the planet. It is, in fact, a program concocted by the Justice Democrats, the main PAC that supported the divine AOC and the other five SJWs listed above. One of its founders was none other than Saikat Chakrabarti, AOC’s chief of staff, who is facing scrutiny by the Federal Election Commission pursuant to a lot of “dark money” that has been sloshing around between the Justice Democrats PAC and a Chakrabarti-controlled LLC called Brand New Congress.

Republicans will welcome confirmation that AOC et al., who have been so vocal about the political influence of “the Jewish lobby,” are just a new generation of Democrat grifters. That revelation will be considerably less satisfying to Nancy Pelosi and the rest of the party’s leadership. In 2020 the GOP will target 50 to 60 seats held by Democrats in purple districts they narrowly won during the last two cycles. Most of those seats will flip after AOC and her fellow travelers drag the party to the far left. The voters will associate the Democrats with anti-Semitism, socialism, and illegal immigration, and they will lose the House majority again.

David Catron
Follow Their Stories:
View More
David Catron is a recovering health care consultant and frequent contributor to The American Spectator. You can follow him on Twitter at @Catronicus.
Most Popular
1
Political Hay
Barack Obama’s Six Most Impeachable Offenses
by Jack Cashill