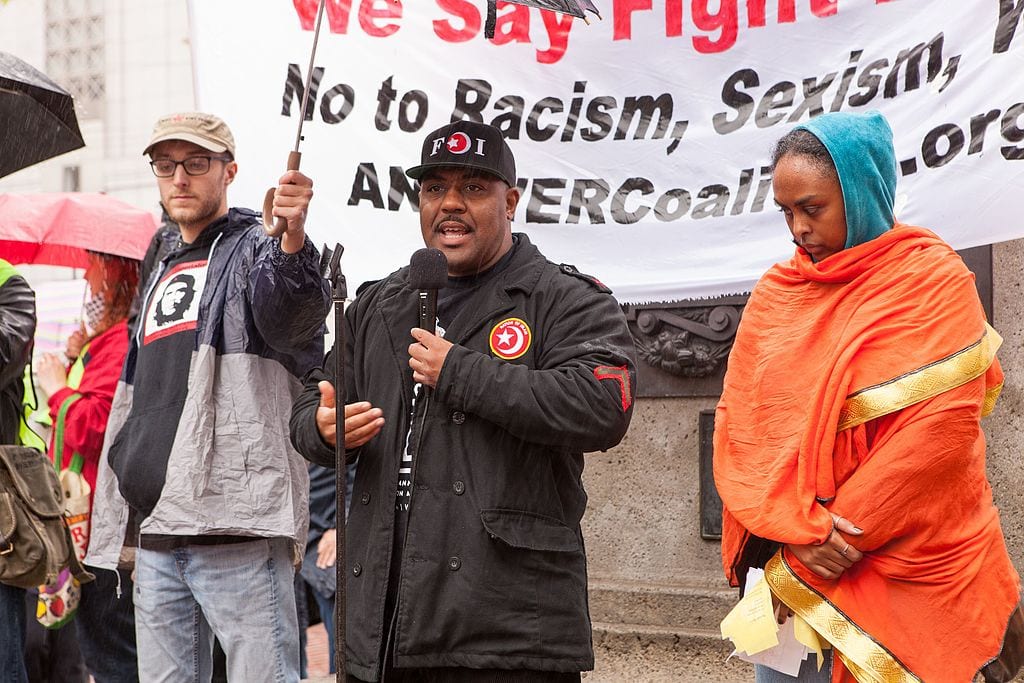 More than a decade ago, when Karl Rove and other “center-right” Republican Party strategists were talking endlessly about the need for GOP “outreach” to Hispanic voters, Steve Sailer examined the same electoral data and reached quite a contrary conclusion. The weakness of Republicans — exposed by the razor-thin margins of George W. Bush’s elections in 2000 and 2004 — was not due to their lack of support among minority voters, Sailer argued, but rather that the GOP was failing to maximize its share of the white vote. Contradicting the conventional wisdom within the Republican establishment, Sailer’s argument attracted little attention from the mainstream media until after Donald Trump stunned the nation with his upset victory over Hillary Clinton in 2016.

How had Trump, despite all his flaws and disadvantages, managed not only to capture the Republican nomination against a field of formidable rivals, but also to defeat Clinton in states like Pennsylvania and Michigan that had not been carried by a GOP presidential candidate since 1988? Suddenly, Steve Sailer was hailed as a prophet. Sailer had “seemed to exercise a kind of subliminal influence across much of the right,” Michael Brendan Dougherty declared in July 2016, after Trump locked up the Republican nomination, and Michael Barone cited Sailer’s ideas in a December 2016 analysis of the election. In April 2017, New York magazine called Sailer “The Man Who Invented Identity Politics for the New Right.”

Whether or not President Trump and his advisors have consciously acted on the “Sailer Strategy,” the results have been almost exactly what any student of Sailer’s work might have predicted. And the behavior of Democrats in recent months may foreshadow another Trump victory in 2020. Quite simply, Democrats have doubled down on their left-wing identity-politics message and, in the process, further alienated the kind of white voters who helped Trump beat Hillary in 2016.

Consider last week’s uproar in the House of Representatives, where Democrats attempted to pass a resolution condemning anti-Semitism, but instead were forced to pass a watered-down statement against “hate,” generalized to the point of incoherence. That debacle was made necessary by the anti-Jewish rhetoric of Rep. Ilhan Omar, the newly elected Democrat from Minnesota’s 5th District. Omar is a Somali immigrant who represents an area of Minneapolis known as “Little Mogadishu” that has become a prime U.S. recruiting ground for Islamic terrorists. Dozens of Muslims from Omar’s district joined ISIS in Syria, so that her repeated smears of American Jews and her Hamas-style rhetoric against Israel cannot be dismissed as incidental or harmless. However, as Abraham Miller noted last week (“Institutionalizing Anti-Semitism in the Halls of Congress”), because the Black Caucus “ran to Omar’s aid and defended her vile anti-Semitism,” Speaker Nancy Pelosi was unable to get a straight-up vote on this crucial issue. If any Republican had demeaned Jews the way Omar did, the outrage of liberals would have been thermonuclear in its intensity, yet Democrats bent over backwards to make excuses for her. Pelosi asserted that Omar failed to understand “the full weight” of her own words, claiming Omar was ignorant of the “cultural impact” of what she said.

What this signified is that, in the Trump era, Democrats are so intent on appealing to immigrants and minority voters they will tolerate insults to Jews, a constituency that voted for Clinton by better than a 3-to-1 margin in 2016. This is not inconsequential, as Jewish conservative Jeff Dunetz pointed out last week: “According to the FBI, almost 60% of the hate crimes in 2017 based on religion were against Jews.” Liberals would like us to believe that Trump supporters are responsible for this, but who is to blame when, for example, Somali immigrant Mohamed Mohamed Abdi is charged with attempted murder for allegedly trying to run over two men outside a Los Angeles synagogue? How can liberals claim Trump is responsible for three black men attacking Jews in Brooklyn? Police are alarmed by increasing anti-Semitic violence in New York City, which probably has a lot more to do with the “progressive” politics of that Democrat-run fiefdom than it does with who’s occupying the White House. Meanwhile, 11 white people were attacked in New York over the weekend, and a black transgender suspect has been arrested in what police say was an apparent hate-crime spree. Such is the toxic racial climate in the city that sends to Congress such Democrats as Rep. Alexandria Ocasio-Cortez, who spent her weekend trashing Ronald Reagan for a capacity crowd of liberals in Austin, Texas.

Democrats and their media allies have spent years building this bonfire of racial resentment. CNN devoted hour upon hour of coverage to the “Black Lives Matter” movement that provoked riots in Ferguson, Missouri, and by the time of the 2016 Republican convention in Cleveland, anti-Trump protesters were marching with Communist posters advocating revolution. Barely six weeks before Election Day 2016, a “Black Lives Matter” riot erupted in downtown Charlotte, N.C., and does anyone still wonder why Hillary lost North Carolina, a state that Obama had carried twice? Trump got 63 percent of the white vote in North Carolina, carrying the state by a margin of more than 170,000 votes. Is it likely that Democrats can reverse that verdict by doubling-down on identity politics? Yet liberals continue intensifying their incendiary rhetoric that has sparked incidents like the smearing of the Covington Catholic boys, the Jussie Smollett hoax, and a spree of attacks on Trump supporters across the country. Democrats and their media allies have done everything in their power to demonize the nearly 63 million Americans who voted for Trump in 2016, and what does that foreshadow for November 2020?

Certainly by now, working-class white voters must be tired of deranged Trump-haters getting in their faces and shouting, “RAAAAACIST!” Perhaps that’s why the latest Iowa poll shows Democrat primary voters favoring two old white guys, Joe Biden and Bernie Sanders. However, the crowded field of Democrats contending for the 2020 presidential nomination, cheered on by their Greek chorus of left-wing journalists, will probably make it easier for Trump to get re-elected. The more white voters become alienated from the Democrats, the more extreme the Democrats become, and the media are so out of touch with voters in places like Iowa that Democrats are caught in a sort of feedback loop of extremism. Consider this exercise in electoral arithmetic:

Six states — California, New York, New Jersey, Illinois, Massachusetts and Maryland — accounted for more than 22 million (about one-third) of Hillary’s votes in 2016. In those states, Hillary won by an average margin of nearly 2-to-1 — 65.6% to Trump’s 34.4% — but in the remaining 44 states, Trump’s vote total (51.3 million) easily exceeded Clinton’s total (43.6 million). Because Democratic voters are mainly concentrated in a few urban states, there is a disconnect between the party’s message and the rest of the country, including states like Iowa, which Trump flipped from blue to red in 2016.

What does that suggest, from a “Sailer Strategy” perspective? Liberal celebrities in Hollywood and CNN anchors in New York who rant and rave about the alleged racism of Trump’s supporters aren’t going to persuade those voters to support a Democrat in 2020. An opposite effect is more probable, as white voters are likely to resent these baseless accusations of racism. Democrats have a race problem, and it’s a problem they have created for themselves. Eighteen months from now, they may discover just how badly they have miscalculated.