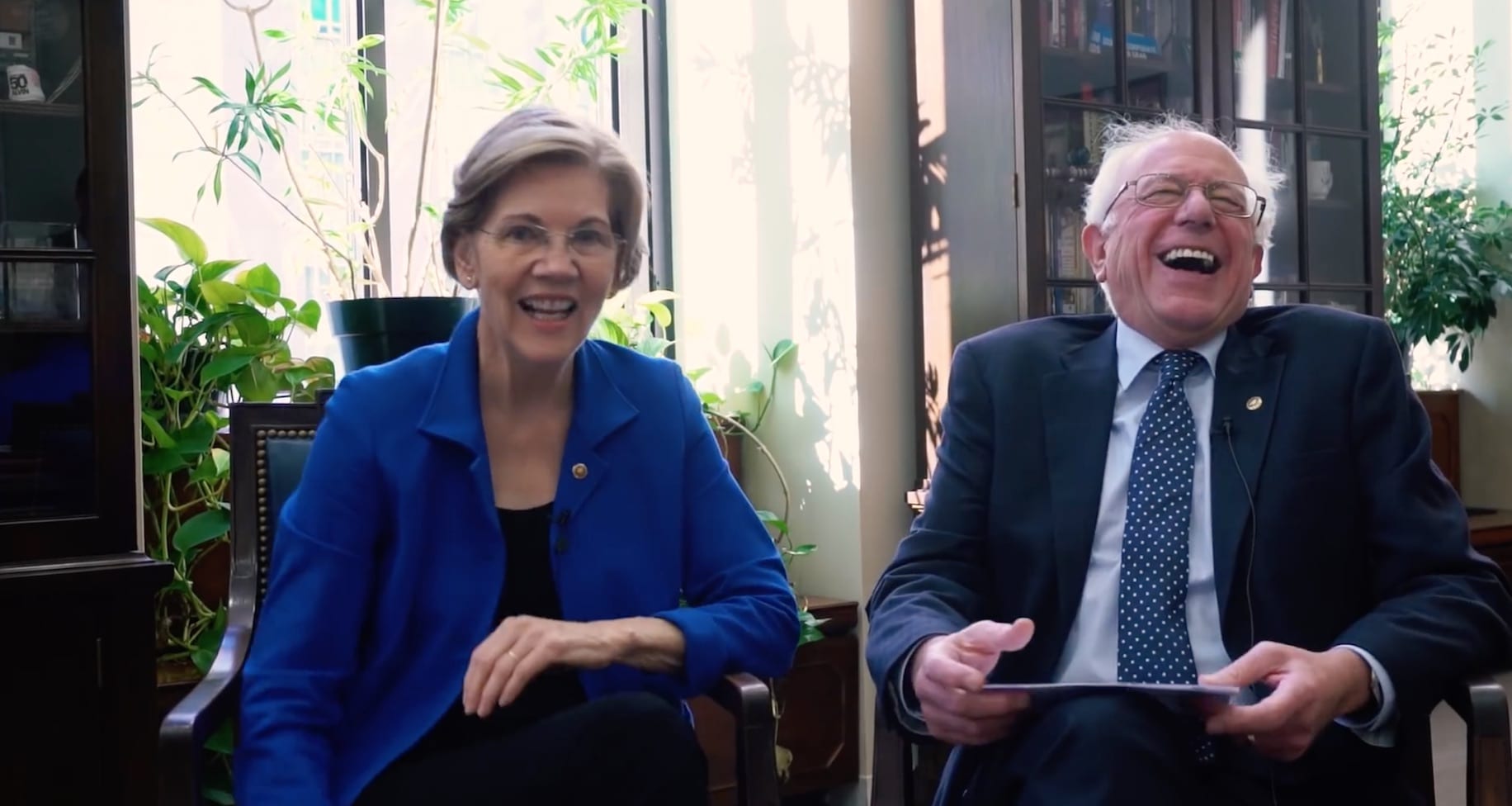 As the Democrats grow increasingly ravenous to have a shot at the presidency of President Donald Trump they are beginning to train their guns on the frontrunners for the nomination. That means they are contemplating finishing off Senator Elizabeth Warren long before 2020. They are taking aim at her claim to being an Indian maiden, though Donald Trump has the best line on her. He calls Senator Warren Pocahontas. If she ever gets to debate him, that ought to be the end of our modern-day Sitting Bull.

Yet her fellow Democrats in the Party of the Big Heart are pretty much stuck with Senator Warren even if her claim to Native American credentials is obviously a fraud. She bases the claim on “family lore,” or on things she heard in her family’s “kitchen” while she was growing up. Well, many of us have family legends passed on to us over the kitchen table, but that does not mean we would base our career on such undocumented claims. In the Democratic Party many do. There are all these affirmative action slots to be filled. Identity politics encourages fraud. Remember the white woman, Rachel Dolezal, who claimed to be black and thereby took a position in the NAACP somewhere?  She was exposed as a fraud, but continued to claim that she was black. Few people seemed to care. This is what the Democratic Party has come to.

It is not only that the party is filled with phonies, but that the party has no standards. It is without class. It is the party of maudlin claims and easy outrage, often childish outrage. I was thinking about the decline of the Democratic Party recently when I began comparing some of the preposterous bumper stickers I have been seeing of late on the back of Democratic cars — often Priuses and Volvos.

In the old days the bumper stickers and other political slogans chosen by Democrats had a touch of class. They had some literary qualities. They were inspiring. They showed some imagination. JFK: “We Can Do Better,” “Leadership for the 1960s,” and “A Time for Greatness, 1960.” That last one has the whiff of Trump to it, “Make America Great Again.” LBJ: “All the Way With LBJ.” George McGovern: “Come Home America.” And Gene McCarthy, one of my favorite candidates, “To Begin Anew.” I knew McCarthy years ago. We did a television show from Montreal. In the evening when all the guests broke for dinner Gene would beckon me off to a corner where he always had wry insights and revealed an impatience with politics. About the presidency he seemed forever ambivalent.

What are the bumper stickers and slogans of the Democrats today? They almost seem to be the creations of children. How about “Drumpf”? What does that mean? Or, “Not My President,” “No Trump, No KKK, No Fascist USA,” and then there are these: “Love Trumps Hate” and “Resist Hate.” My guess is the pious Democrat’s heart fills with love — self-love — when he/she/it applies that last line to the bumper. Some of the bumper stickers I have seen betray an alarming absorption with the Cold War. How about this: “Make Russia Great Again,” or “GOP, Guardians of Putin”? And then there are the suggestions of romance, “Still with Her,” and “This P–sy Grabs Back.” Mental illness can be amusing.

No, the Democratic Party is not the party it once was. Of course I am not referring to the party as it was in the later part of the 19th century. In those days it was, both in the north and the south, profoundly racist. There was even a Liberal Republican Party that was racist. Several thousand — yes, thousand! — recently liberated blacks lost their lives in the south to the Democratic racists and a hundred or so white Republicans too.

Eventually things quieted down somewhat. The Democrats southern racists such as Woodrow Wilson and the Byrds of Virginia gave way by mid-20th century to real liberals such as Hubert Humphrey and the aforementioned Gene McCarty. But now those names are names from the past. They have been replaced by… well, by Elizabeth Warren, Hillary Clinton, and Bernie Sanders. And their slogans and bumper stickers become ever more vacuous and stupid.

R. Emmett Tyrrell, Jr.
Follow Their Stories:
View More
R. Emmett Tyrrell, Jr. is the founder and editor in chief ofThe American Spectator. He is the author of The Death of Liberalism, published by Thomas Nelson Inc. His previous books include the New York Times bestseller Boy Clinton: The Political Biography; The Impeachment of William Jefferson Clinton; The Liberal Crack-Up; The Conservative Crack-Up; Public Nuisances; The Future that Doesn’t Work: Social Democracy’s Failure in Britain; Madame Hillary: The Dark Road to the White House; The Clinton Crack-Up; and After the Hangover: The Conservatives’ Road to Recovery. He makes frequent appearances on national television and is a nationally syndicated columnist, whose articles have appeared in the Wall Street Journal, New York Times, Los Angeles Times, Baltimore Sun, Washington Times, National Review, Harper’s, Commentary, The (London) Spectator, Le Figaro (Paris), and elsewhere. He is also a contributing editor to the New York Sun.
Most Popular
1
At Large
The Lingering Fog of War and Lessons From Vietnam
by Mark Moyar