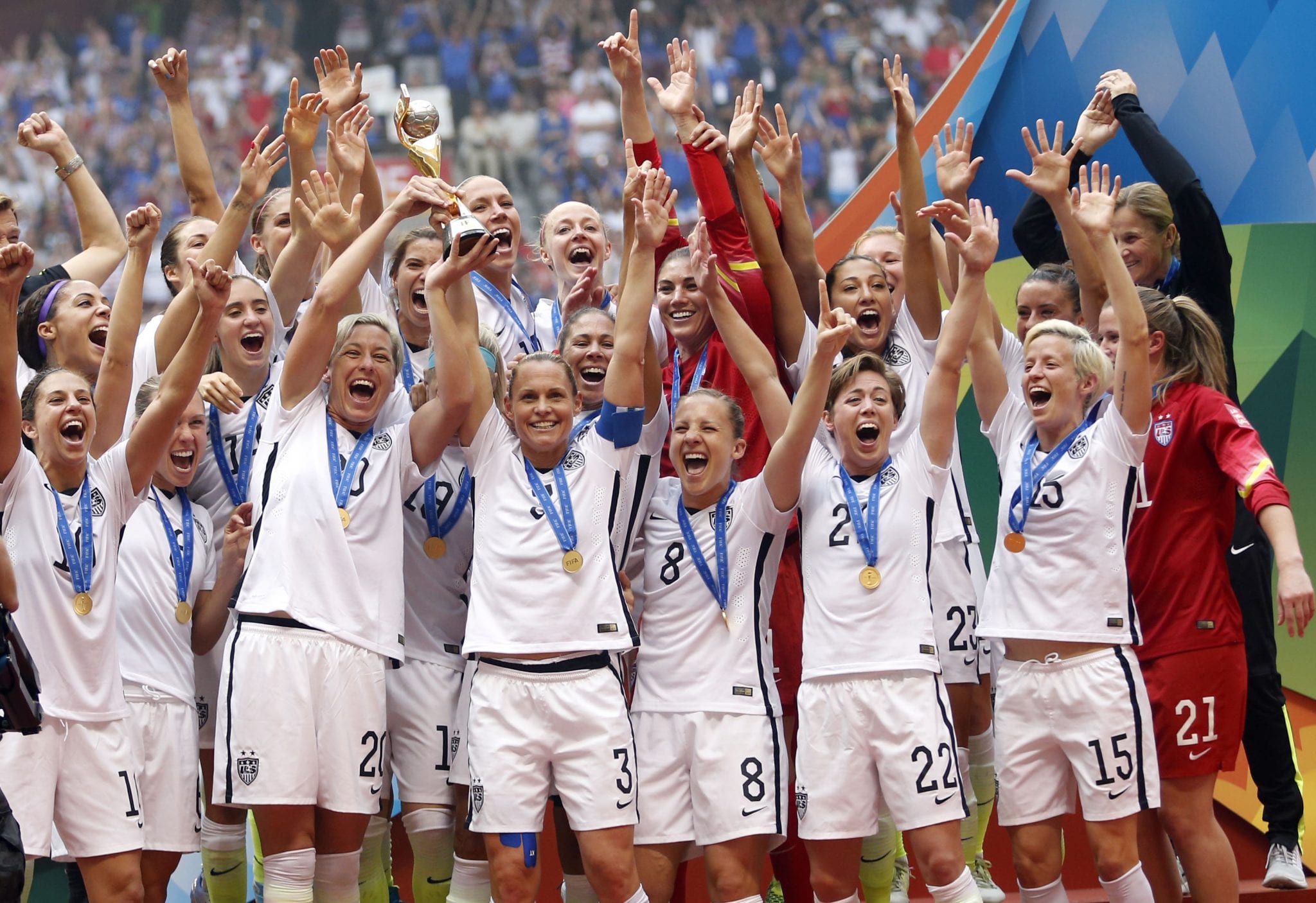 Awaiting the start of an economics class during my freshman year in college, I often found the notes left on the chalkboard from a preceding lecture to be interesting. So one day I came early and sat in on what turned out to be a sociology class. The professor posited that one way (his preferred way) to determine the justness of a society was to look at the income differences between a country’s majority ethnic group and minorities. He then took “official” statistics from the Soviet Union, compared them to the United States, and concluded that the Soviet Union’s income gap was smaller and therefore was a more just society. This was 1982. A few years later, with Gorbachev, glasnost, and eventually the collapse of the Soviet Union, even many liberals had to admit that this “just” society was, indeed, an evil empire.

So the American Left’s romance with the notion of income equality is nothing new. Today’s crop of progressives, while usually refraining from singing the praises of totalitarian police states, nonetheless embrace the idea of authoritarian government that is required to establish their dreams of collectivist “justice” (and, of course, to save the planet from people who drive non-electric vehicles, indulge in “unnecessary” plane travel, and eat meat).

A society in which everyone earns the same income is not the definition of a just society, but rather the definition of an unjust society. Most Americans, with the exception of left-wing academics, understand instinctively that the Marxist notion that a product’s value is primarily based on the labor used to create it is bunk. A product’s value is determined by how useful it is to the consumer. That is not just basic economics, but also basic morality. In just societies, value is determined not by professors or government boards, but by markets — that is, the aggregated judgments of all the individuals participating in the economy.

But this basic understanding of economics and morality has been under attack in America for a long time. Most polls show that about two-thirds of Americans see income inequality as a problem. A 2014 Pew survey indicated that 43 percent of Americans believe that the government should do “a lot” to reduce income inequality (62 percent were Democrats). Now surveys such as these leave some doubt as to what the respondents actually take “income inequality” and “a lot” to mean. Most Americans agree, for instance, that the income tax schedule should be progressive so that we can provide a “social safety net” for those less well off. Though this reduces (net) income inequality, that is not its purpose. It is not a way to implement “justice” but rather compassion. The target is poverty, not inequality. From a moral perspective, it is odd to argue that the “justness” of the compensation of a teacher or a retail clerk is somehow determined by how much Bill Gates or Taylor Swift makes.

To the surprise of some academics, measures of personal happiness in the U.S. have not decreased as income inequality has increased. As long as they see that America allows economic mobility, and as long as they are doing all right, average Americans aren’t too bent out of shape thinking about how much more Oprah Winfrey takes in than they do. Nor should they be.

A piece published by The New Yorker in 2016 noted that though Americans appear — at least philosophically — to agree that too much income inequality is a bad thing, as one seemingly frustrated psychologist in the piece explains, Americans “aren’t riled up, because they don’t understand the extent” of income inequality. The political Left is riled up, and they want the rest of us to be too, for, to them, income inequality is a matter of injustice and an ideological touchstone for a group that views capitalism, economic freedom, and markets as engines fueling injustice, inequality, and greed.

It is not surprising, therefore, that today’s Left has made a concerted effort to try to enhance the popularity of the idea that “income equality” is a moral imperative, and to denigrate market systems for their supposed failures in this regard, through the more impactful rhetoric of “equal pay for equal work.”

Not long ago, Lesley Stahl on 60 Minutes performed a classic bait-and-switch in which she started out citing a study that American women make, on average, 18 percent less than American men. Since this number (most recently measured at 15 percent) derives from a straight comparison of incomes of full-time workers, and does not take into account differences in jobs, it is, in essence the “income inequality” argument. But then she dishonestly suggested that this was a measured disparity across similar jobs (“equal pay for equal work”) as she went on to cite anecdotal evidence and featured one company’s efforts to combat compensation variations in its own operations, despite the fact that is was being managed by non-discriminatory progressives. (In some quarters, it seems that not discriminating is not a sufficient solution to discrimination).

More complex surveys that try to account for more variables (the 2009 CONSAD report, for instance) indicate that differences in wages between the sexes in the U.S. in similar jobs are likely in the single digits. But we simply don’t have hard data on the income of a wide enough sample throughout the country, categorized by job description, to make authoritative measurements (and given myriad variations, including experience, education, performance, attitude, and location, such a task is impossible). To take compensation decisions out of the hands of employers, who supposedly can’t be trusted to refrain from irrational (and sometimes, apparently, unconscious) discrimination and instead put those decisions into the hands of government bureaucrats or leave to some calculation matrix is a recipe to increase injustice, not to relieve it.

The argument that the system is corrupt and “fixed” against the interests of the Common Man (or Woman) has long been a fixture of leftist politics (and also, of course, co-opted successfully by Donald Trump in 2016) as justification for the need for revolutionary change. The exaggeration of the supposed failure of markets to address wage discrimination (or, indeed, being its cause) is part of this narrative.

Witness the Women’s World Cup. Almost every news article I have read that touches on the compensation for the U.S. women’s soccer team has noted, usually in an exasperated tone, the fact that the total 2019 women’s World Cup prize money awarded by FIFA was $30 million (with the winners receiving about $4 million), versus about $400 million for the men’s World Cup payout in 2018 (with the winners getting about $38 million). Only a small fraction of these articles, however, bothered to mention that the revenue FIFA earned for the men’s 2018 World Cup was about $6.1 billion, compared to an estimated $130 million for the women’s 2019 World Cup. As a percentage of revenue earned, the 2019 women’s teams were actually compensated more than the men were in 2018.

Soccer players, like all athletes, are entertainers. They are paid, not because what they do has any intrinsic value, but to the extent other people are willing to pay to watch them perform. You can talk about “girl power” all you want, but the reality is that men’s sports are a lot more popular, and earn a lot more money, than women’s sports. As women’s sports become more popular, they will generate more revenue, and players will make more. We’ve certainly seen that sort of increase in men’s sports. Joe Namath made a fraction of what Aaron Rodgers does today not because of any conspiracy against football players in the 1960s and 1970s, but because NFL teams make a lot more money now than they did back then.

The fact is, female World Cup soccer players making less than their male counterparts is “just” because it is determined by what people are freely willing to pay to watch them perform. But if one believes that it is “just” to divorce compensation from what consumers are willing to pay for it, then the only solution is for the government to mandate that people pay more (in one form or another) for something they don’t want (and/or less for things they do want). And if you think giving government such power to equalize the incomes of soccer players is a good thing, do you think governments will stop at only regulating your consumption habits regards to sports? Read the Green New Deal. Progressives would like the power to regulate every aspect of your life — all for your own good, of course.

Markets are an expression of individual desires. The idea that some government body needs to be empowered to supersede markets as the primary determinant of values and incomes is a direct attack on individual liberty. And as the thwarting of individual liberty and markets to an extent necessary to affect a great narrowing of income inequality would require massive and permanent government interventions, it is also an assault on political freedom.

One prominent socialist, George Orwell, recognized and struggled with how to deal with this danger. He warned, “It cannot be said too often — at any rate, it is not being said nearly often enough — that collectivism is not inherently democratic, but, on the contrary, gives to a tyrannical minority such powers as the Spanish Inquisitors never dreamed of.”

The author of Animal Farm and 1984 stuck to his socialist utopian hopes, but he never devised a way to divorce socialism from the dangerous concentration of power — and neither have any of the lesser intellects currently popular on the progressive circuit. Indeed, most of today’s socialists and progressives embrace authoritarianism with confidence. But at the end of the day, whether you accept as your economic and moral guide some scolding grandfather figure, a youthful crusader, or some cool guy who rides a skateboard, following the path of “income equality” in search of “justice” will eventually lead you into some very dark and dangerous woods.

Brandon Crocker is the Chief Financial Officer for a commercial real estate development and management company in San Diego.