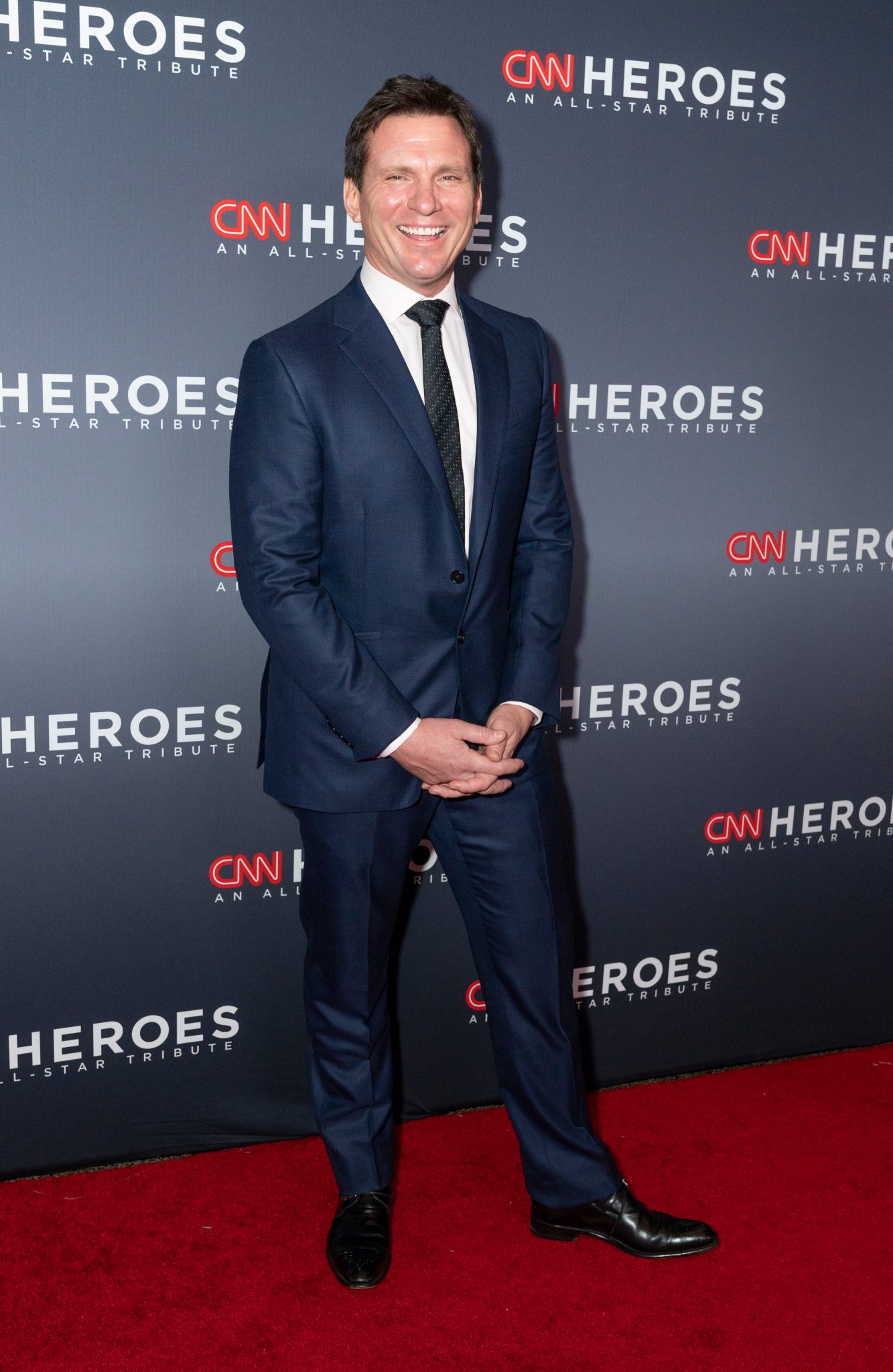 Bill Weir hates Jesus, America, and the internal combustion engine — not necessarily in that order. His job as Chief Climate Correspondent at CNN gives Weir ample opportunity to express his hatred of America’s petroleum-consuming habits, but it was not until recently that Weir explained how he blames Christianity for the world’s problems.

In a bizarre online essay entitled “To my son, born in the time of coronavirus and climate change,” Weir implies that the pandemic is somehow related to global warming, connected by “stories in a very old book” (i.e., the Bible) to explain why “we burned gasoline for no good reason.” Does that make sense? No, not logically, but Weir’s emotional gestalt pattern connects these dots without regard to logic. To put it bluntly, Weir has “mommy issues.” Weir’s mother was a devout Christian who divorced his atheist father and gave young Bill a cross-country childhood:

My mother left him when I was two, found Jesus when I was four and one Saturday announced over breakfast “I had a dream from God last night.”

We were under Divine orders to leave Milwaukee and move to the Bible Belt, she explained, so she could pursue a career in televangelism. “Tell your Dad I’ll give up alimony and child support if he lets us go. Jesus will take care of us.”

A few weeks later we were headed south, modest U-Haul in tow. But God kept changing his mind. I went to 17 schools in six states as Mom followed her dreams. Literally.

Never trust a man who speaks ill of his own mother. This tell-all business of journalists airing their dysfunctional family’s dirty laundry is distasteful to me. My parents worked hard to give my brothers and me a better life than they’d had growing up in Depression-era rural Alabama, and, if my childhood was not in every way ideal, it was pretty darned good. Weir’s willingness to disparage his relatives as ignorant Bible-thumpers and hateful racists in a 2017 CNN special, “States of Change,” does not commend him as trustworthy by my standards. But then again, I don’t trust anyone who works for CNN.

Our national news media have not exactly covered themselves in glory lately, but they haven’t noticed their own failures because they’ve been too busy congratulating themselves for their “courage” as leaders of the opposition to President Trump. Weir’s CNN colleague Jim Acosta is the tip of a large iceberg of partisan political bias in the press corps. Journalists can’t seem to understand why so many Americans hate them, when the answer is very simple: The media hate America, and America is simply returning the favor.

Consider how, since the COVID-19 pandemic erupted, CNN has shifted its reporting to reflect propaganda messages from the communist regime in Beijing. CNN is certainly not alone in this, and it arguably isn’t as bad as such of its media peers as NBC News and the New York Times in terms of toeing the pro-China line. Yet after the Chinese communists claimed that it was “racist” to refer to the disease from Wuhan by its place of origin, CNN’s Acosta and Chris Cuomo used this line of attack on Trump. It was soon pointed out, of course, that CNN had repeatedly used the phrase “Wuhan coronavirus” in its early reporting on the outbreak in China. Only when the disease began killing Americans did CNN decide its place of origin should be forgotten.

According to CNN, Americans aren’t dying because of a virus from China, they’re dying because Trump is president. And somehow, in the muddled mind of the network’s Chief Climate Correspondent, this is related to global warming. It’s difficult to describe briefly how warped Weir’s account of COVID-19’s origins is, but let’s quote a few paragraphs:

See, for decades, scientists told us that if we weren’t careful, humans would unleash an invisible enemy out of the jungle and into our lungs. But that was a story few wanted to believe.

So we kept cutting down jungles — and prairies and mangroves and the last few the places where the wild things are — to pave and plow, develop and devour everything inside.

Except … no, neither the “profit motive” nor the first chapter of Genesis had any significant role in how a virus from Chinese bats spread around the world. To start with, China’s communist government has violently suppressed religion for more than 70 years. Secondly, the Bible specifically forbids eating bats (Leviticus 13:19, Deuteronomy 14:18), so if you believe the claim that COVID-19 came from bats in a Wuhan “wet market,” you can’t blame the Bible for that. On the other hand, many investigators (including Arkansas Sen. Tom Cotton) doubt Beijing’s account of the disease’s origins, suggesting instead that this virus was created in a Wuhan research lab. You can watch a fascinating video documentary by Joshua Philipp of the Epoch Times that explores that possibility, which has been dismissed as a “conspiracy theory” by critics, but what about CNN’s Weir and his wacky blame-the-Bible theory?

In his telling of the tale, scientists are the heroes, and fossil fuel–using Americans are the villains. We don’t think climate change is an emergency, Weir proclaims, because of “fear, greed and the lies they breed.” Yet “the American Way of Life that I grew up with is already gone,” he writes. “The Goldilocks climate that allowed humanity to thrive is in the past. And nobody seems to know it yet.” Of course, Weir counts himself among the enlightened elite, fit to lecture the rest of us about carbon-producing sins, preaching a secular sermon about how we must “follow the warnings of science and do everything possible” to avoid the global-warming catastrophe by implementing “completely new forms of power, food, construction, transportation, economics and politics.”

Odd that Weir never once mentions China in all of that, despite the fact that China is “the top emitter of greenhouse gases,” according to Fortune magazine: “China burns about half the coal used globally each year. Between 2000 and 2018, its annual carbon emissions nearly tripled, and it now accounts for about 30% of the world’s total.” When Weir preaches his CNN sermons against fossil fuels, it is always Americans who are depicted as the greatest sinners against the climate. It is our capitalist “greed” and “the American way of life” that Weir condemns; never a word is said about the motives and actions of the communist regime in Beijing. Coal-burning China isn’t the problem, according to CNN’s Chief Climate Correspondent. The problem is us, with our “profit motive” and our Bibles. It is not China that must change, but rather America that requires “completely new forms of … economics and politics,” according to Bill Weir.

Weir never explains coherently what COVID-19 has to do with climate change, probably because even his fervid imagination couldn’t conjure up any plausible connection. In a nearly 2,000-word essay, he bounces around from topic to topic and place to place, from prehistoric “cave monkeys” to Greta Thunberg. And while he dismisses his mother’s Christian beliefs as “stories in a very old book,” Weir seems to have forgotten the warning against false prophets in that old book. Climate-change alarmists have a long record of false prophecies. In 1989, for example, Columbia University professor Jim Hansen predicted that New York City’s West Side Highway would be underwater by 2019. In 2008, former Vice President Al Gore predicted that the North Pole would be ice-free within five years. But no matter how often they’re wrong, the global-warming doomsayers never lose faith in “science,” and perhaps that’s the real connection to the coronavirus pandemic: The experts bungled their predictions so badly (“Coronavirus: The Wrong Numbers,” April 6) that they’ve been completely discredited.

What remains is the media’s persistent bias, manifested as hatred of Trump (“The ‘Orange Man Bad’ Disease,” March 30) but expressing a more fundamental hostility to the people who elected Trump. It is you — the people Hillary Clinton called “deplorables,” out there in your rural “red” states and Republican-voting suburbs — whom the media really blame for everything wrong in the world, including this virus from China. You can watch CNN all day long and never hear a word about Beijing’s disinformation campaign. China lied, people died, but the anti-Trump media would rather defend the brutal communist dictatorship than to admit the truth. No matter how much you hate CNN, you can’t possibly hate them as much as they hate you — or as much as Bill Weir hates his Jesus-loving mother. Never trust a man who speaks ill of his mother, or works for CNN.