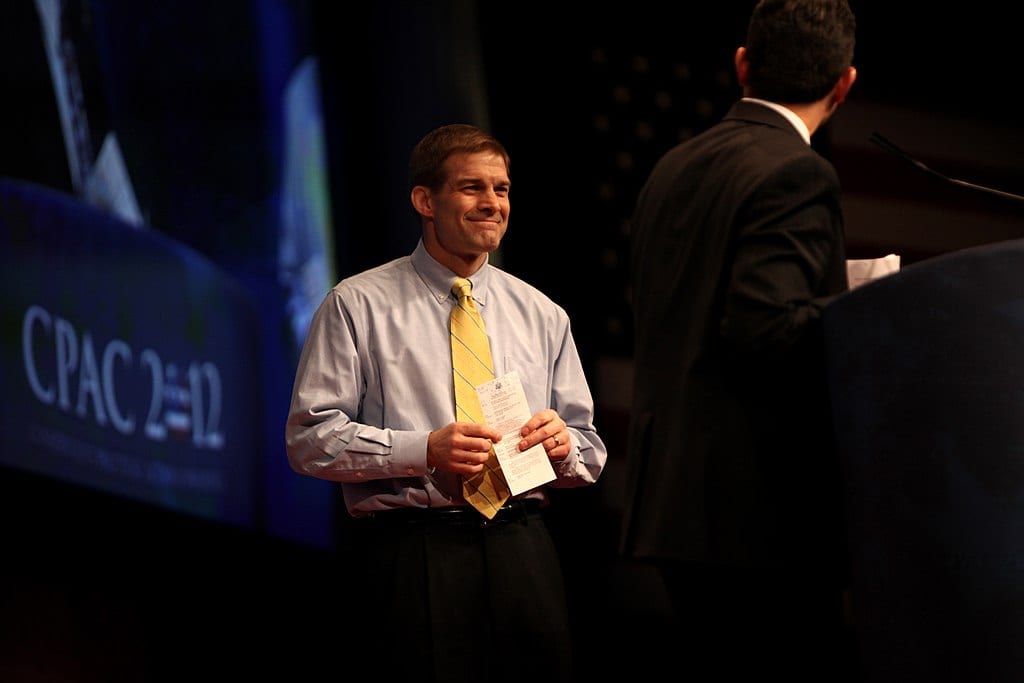 Why are most politicians seemingly allergic to keeping their promises? It’s almost as if we as a society are surprised when something good happens in Washington. In fact, the stereotypical politician is seen as a sly liar who can easily be swayed by big donors and lobbyists while leaving his or her constituents out in the cold.

And yet, we still send the same people back to DC over and over. In fact, according to Larry Sabato’s Crystal Ball, over 90% of incumbents were sent back to Washington in 2016. It’s almost as if we don’t care if they lie to us, we just keep hoping they’ll turn a new leaf.

But it never happens. In fact, instead of “draining the swamp,” the swamp drains them. For example, how many promising politicians that rode the Tea Party wave in 2010 can we still say are committed to the principles they ran on? Sure, Sens. Mike Lee (R-UT) and Rand Paul (R-KY), as well as Reps. Mo Brooks (AL-05) and Justin Amash (MI-03), for example, have been solid constitutionalists. But too many, such as Sens. Marco Rubio (R-FL), Pat Toomey (R-PA), and Ron Johnson (R-WI), as well as Reps. Sean Duffy (WI-07), Jeffrey Denham (CA-10), and Adam Kinzinger (IL-16), have strayed. Some more than others, but it’s undeniable that the swamp got to them.

But that can all change if Rep. Jim Jordan (OH-04) becomes House Speaker Jordan in 2019.

The retirement of House Speaker Paul Ryan (WI-01) has created an opening for the Speaker’s position and it will represent a true fight for the soul of the Republican Party and the nature of the House of Representatives as there could not be a greater contrast between Jim Jordan and his opponent, House Majority Leader Kevin McCarthy (CA-23). Jordan, a co-founder of the House Freedom Caucus, has been in office since 2007 and has kept every bit of integrity and principle he’s had since he got to the swamp. Recognition from conservatives of Jordan’s outstanding record is wide and broad, which a Conservative Review score of 98% and a FreedomWorks score of 97% would prove. Club for Growth and Heritage Action for America also both give Jordan a 98% lifetime score. In addition, Senate Conservatives Action polled over 11,000 of its members, and 92% preferred Jordan as Speaker, compared to 2.6% who preferred McCarthy. FreedomWorks activists also share the same near-unanimous opinion as 99.2% of their activists prefer Jordan to be Speaker.

There are very good reasons for this. When it comes to issues like controlling spending, fixing our immigration system, bringing healthcare decisions back to the people, defending the sanctity of life, and restoring the judiciary, Jim Jordan has never ceased to be advocate for the interests of liberty-loving conservatives.

Jordan plans to change the way Congress operates by making it more transparent and conducive to more debate, rather than capitulation to the other side. A good example of what Jordan is up against is the $1.3 trillion omnibus that Congress passed in March, funding all of the Democrats’ priorities and leaving little for the wall and border enforcement. House members had nowhere near enough time to read the enormous bill, let alone debate on it. And of course, no amendments were allowed. President Trump reluctantly signed the bill due to the omnibus funding the military, but there is no doubt he regretted it and never wanted to fund the other side’s policies and undermine his own agenda. Trump would never have to deal with that again if a principled conservative like Jordan were Speaker. Appearing on Mark Levin’s radio show late last month, Jordan stated that most members of the House have no role in decision making, as all the decisions are made by the leadership. Jordan also lamented the fact that while making all the decisions for the Republican conference, House leadership has no desire to fight. “We forfeit even before we have a debate!” Jordan said to Levin.

Jordan clearly recognizes that the top-down nature of how leadership has run the House drains the legislative branch of the Founders’ intent for it to be a deliberative body and undermines the will of the American people. The House is meant to be the body closest to the people and a Jordan speakership would greatly help in a return to republicanism. He believes a simple solution to empower the people’s representatives would be to involve more of the members in the process of crafting legislation and having open and substantive debates on legislation instead of everything being created in smoke-filled rooms with a small group of people at the top deciding everything. Another systemic reform Jordan believes would fix the nature of Congress is to leave the choices of chairmen for committees up to the members of the committees instead of House leadership.

Jordan’s vision is also obvious from his letter to his colleagues announcing his run for Speaker. Jordan wrote that “if Congress were to keep promises to repeal Obamacare, pass welfare reform with work requirements, build Trump’s border wall, make the Trump tax cuts permanent, defund Planned Parenthood, and enact “meaningful, immediate spending cuts” to end ‘$1 trillion deficits,’ voters “would be inspired to give us a chance to run [Congress] again.”

On immigration, Jim Jordan has been a consistent fighter for the preservation of America’s sovereignty. Not long after President Obama announced the policy of DACA, Jordan cosponsored the Prohibiting Backdoor Amnesty Act which prohibited the Obama administration from using prosecutorial discretion as a pathway to granting amnesty to illegal immigrants. In 2014, Jordan cosponsored the Separation of Powers Act, which prohibited the use of funds for granting deferred action or other immigration relief to aliens not lawfully present in the United States. He has also fought to restore our immigration system to one that is merit-based by, for example, cosponsoring the SAFE for America Act of 2017, which eliminates the diversity visa lottery. The lawlessness of having sanctuary cities is a subject Jordan has also fought to address. In 2015, Jordan cosponsored the Enforce the Law for Sanctuary Cities Act, prohibiting any assistance to states and localities that stop their officials from taking action in regards to immigration. Today, Jordan has laid out his immigration priorities that should be fought for in the upcoming spending bill that includes full funding for the border wall and stronger enforcement on the border.

When it comes to defending the rights of the unborn, Jim Jordan can always be counted on to fight for the sanctity of life. In Jordan’s 11 years in Congress, he has never voted for any bill that funds Planned Parenthood. Defunding Planned Parenthood is also one of his top priorities in the upcoming spending battle. Jordan understands the absolute immorality of forcing taxpayers to assist in the taking of a life of other human beings. In 2015, he cosponsored the Protecting Life and Taxpayers Act which prohibits funding for any entity that refuses to state it will not perform abortions or fund any other entity that performs abortions. That same year, he supported the Title X Abortion Provider Prohibition Act which denies family planning grants to any entity that participated in performing abortions. When Planned Parenthood was secretly caught discussing the organization’s practices regarding fetal organ harvesting, Jordan was front and center in holding Planned Parenthood President Cecile Richards accountable. Jordan adamantly pressed Richards on her hypocrisy as it pertained to her criticism of the videos as “selectively edited” while at the same time apologizing for what was discovered in them. Jordan has been a consistent vote for sweeping restrictions on abortion as he recognizes that life is the most fundamental right given to us by God.

And let’s not forget the runaway lower courts. Remember, the lower courts are not in the Constitution. They are a creation of Congress, who has the authority of overseeing them. Lately, the courts have become a leftist super-legislature, with the most egregious examples being stopping Trump’s travel ban, stopping the President from blocking trolls on Twitter, and banning sharing blueprints for 3D gun printing. They have ruled on state voter ID laws, mandating funding sanctuary cities, and striking down state abortion laws. And of course, their rulings are almost always to the Left. Jordan, as Speaker, would be able to strip the courts of their jurisdiction, which they have shamelessly usurped from Congress.

Having Jim Jordan as House Speaker, and as the Republican leader in Congress, will do a great job in putting to bed the notion that conservatism doesn’t have a home in the Republican party. By electing him Speaker, we can make the GOP great again.

Michael Slee is a student at Chaffey College. You can follow him at @michael__1776.