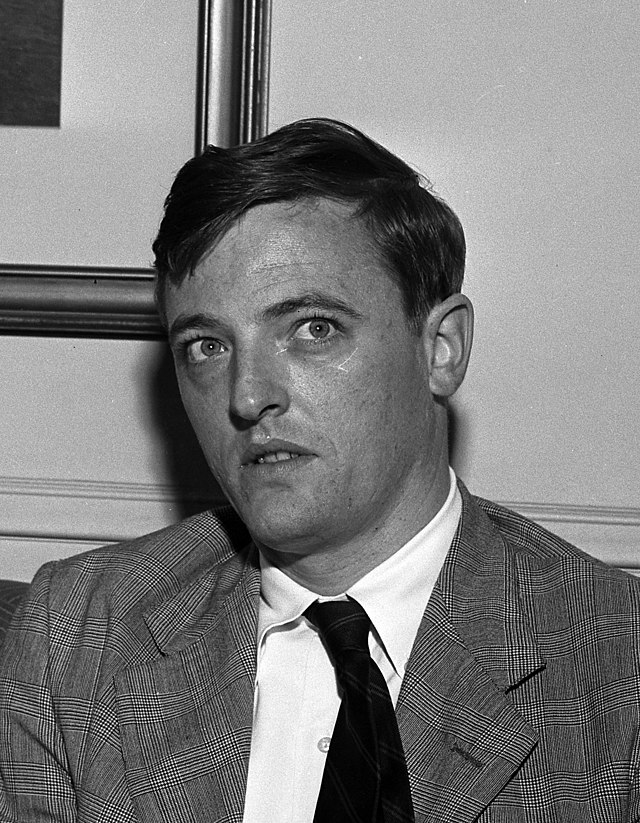 TAS: So, this time you’re interviewing yourself?

NBF: I’ve been told that I’m the only person still living who worked closely with William F. Buckley, Jr., in his prime. A firsthand account might be useful.

NBF: The New Right has turned on Buckley. In just one stack of catch-up reading last week, I saw belittling remarks about him and his “standing athwart” approach from, among others, Michael Anton, Sohrab Ahmari, and Scott McKay.

TAS: And you think they misjudge Buckley?

NBF: They must be youngish. Smart people believe what they read only up to the age of 50 or so.

TAS: And, if they only know about Buckley from what they’ve read, what are they missing?

NBF: They mistake him for a belletrist. A Yankee version of Chesterton, I suppose.

NBF: There were superficial similarities. Buckley could tap dance down Media Lane with the best of them: He was the Fred Astaire of the 750-word newspaper column. His soundbites were museum-grade rhetorical pieces. But his journalism and most of his books were aimed at the issues of the day and thus perished overnight. That part of him was the most visible and certainly the most heavily documented part, but it was the least important.

TAS: What was the most important part of him?

NBF: He was a serious man. He saw the socialists of all parties, as Friedrich Hayek put it, as pushing America toward the edge of the economic cliff. He saw the communists advancing on all fronts, from the ideological to the geostrategic. He witnessed the collapse of conservative resistance. Buckley was a patriot, and he did what needed to be done. He picked up our fallen standard.

TAS: The New Right seems to think that Buckley’s “standing athwart” approach was insufficient in his day and would be even more so in our day.

NBF: Buckley would agree with the latter part. His day and our day could not be more different. From the early ’50s to the late ’60s — Buckley’s prime — Democrat party-style liberalism advanced virtually unchallenged. Somebody had to draw a line in the sand. There was no call for philosophical nuance. Today, we seem to have room, at least in the fundraising space, for an infinite number of prefixed conservatisms — neos, nationals, paleos, revivalists, integralists, and the rest.

TAS: You sound skeptical about the prefixed conservatisms.

NBF: I am. They haven’t done their homework. Buckley read the Constitution and understood how James Madison had rigged the American political game. Buckley knew that, by Madisonian design, coalitions win and factions lose. He understood that, to join his coalition, every faction — every prefixed conservative — must believe that he had more to gain as part of a winning coalition than he stood to lose by sacrificing a measure of independence. Buckley’s conservatism was almost always procedural, rarely doctrinal.

TAS: And Buckley made the factionalists believe?

NBF: He was the most persuasive man I ever met. But it didn’t hurt that he was selling the best political product ever brought to market – ordered liberty.

TAS: Would a conservative revival today require his kind of extraordinary leadership?

NBF: It would be a happy accident of history, but no, not necessarily. Look at the miraculous victory of the pro-life movement this year. The pro-lifers had focus and persistence and, over many years, became a model of coalitional congeniality. But there were never any larger-than-life leadership figures. Steady baton-passing from one cohort to the next got the job done.

TAS: If, under the Madisonian system, the prefixed conservatives are destined to lose, why do they continue to peel off into new factions?

NBF: Because of the difference between coalitional success and individual success. The prefixed conservatives have begun to see more benefit in maintaining their independence — cultivating their own particularities — than in subsuming their agenda to coalition priorities. A tax exemption, a decent donor list, an inattentive board — even a tiny splinter faction can provide a few executives with a long, stress-free ride.

TAS: Can you expand on that thought?

NBF: I can give you two inflection points. The first one had to have been sometime in the mid-’80s. I was interviewing recent college graduates for entry-level jobs in my television production company. I gave each candidate two tests — a 10-word spelling test and a five-question geography test. At the beginning of the decade, most of the candidates got the spelling questions right except for that perennial tooth-gnasher, “velleity.” The geography test was harder, but most candidates got three or four right. Times change. By the end of the decade, nobody — and I include here top-of-their-class Ivy Leaguers — could either spell “accommodation” or pick out Ecuador on a map. (Self-esteem seemed to be holding up well. But that’s another fish kettle.)

After saying a graveside prayer over the American educational system, I gave up. I moved on to what might be called personality questions, one of which was, “What do you see yourself doing in five years?” When I first posed it to a recently minted Yale graduate, he replied with studied resolve, “I want to make my career in the conservative movement.” I burst out laughing.

TAS: What was so funny?

NBF: I had never heard such a thing. I had never imagined such a thing. During my own days at National Review, everybody worked under the Rickenbacker Dispensation, which came in two parts. For openers, all hands were expected to either a) arrive comfortably supported by family wealth — e.g., the Buckleys, senior editor Bill Rickenbacker, and a few sun-kissed others — or b) support himself with a side hustle — e.g., publisher William Rusher, me, and numerous others. (My gig for a time was writing media patter for the redoubtable Clare Boothe Luce, who had been a Pulitzer Prize-winning playwright, a quotable congresswoman, a newsmaking ambassador to Italy, and, most importantly, as she would be the first to concede, the wife of Henry Luce, the owner-editor of Time, Life, Fortune, and Sports Illustrated magazines. May the Lord bless and keep Clare Boothe Luce.) In the early days at National Review, no employee made, or expected to make, a living wage.

TAS: What was the other part of the Rickenbacker Dispensation?

NBF: The other, weightier part was that all of us were expected to support the conservative movement according to our individual abilities — financially, for the prosperous few of us; reputationally, for the rest of us. Rick admitted freely that he had stolen the idea from communist party practice: Our obligation was to become the best possible whatever we could become — architect, chef, third baseman — and then lend our professional prestige back to the movement. The objective being, of course, to make conservatism more acceptable and attractive to the timid and tentative.

The idea my young Yalie was articulating in that mid-’80s job interview — namely, that the conservative movement should support him — represented for me a world turned upside down. Being a conservative, under his dispensation, had ceased to be a calling and had become more of a career choice, inserted neatly on the counselor’s list somewhere between “benefits manager” and “dental hygienist.”

TAS: And the next inflection point?

NBF: It started in the late aughts and picked up steam by 2010. It was the generational turnover at conservative nonprofits launched in the Reagan afterglow to address the problems of labor unions, the media, the academy, multiculturalism, and so on. The founders, many of them principled and charismatic figures, rarely lost sight of the mission. But over time, perhaps inevitably, power tended to drift down the corridor from the CEO’s office to the development office, where the incentive to monetize the franchise pulled harder than the incentive to complete the mission.

NBF: Many of these organizations did and continue to do good work. But very few of them remain agents of political change. They have become staunch defenders — pillars! — of the status quo. They soak up resources from the aging base, presume to speak for millions of just-plain conservatives, and form a thick crust over new and potentially winning ideas.

TAS: Is there a more fundamental problem here?

NBF: Yes, and it has worsened over the years. You may remember that when Obama formed his first Cabinet there was general surprise that he chose not to include any businessmen. Today, the surprise would be universal if Biden appointed any official with direct experience in producing or selling a commercial product. Most of the “businessmen” you meet around Washington these days are former bureaucrats now tweaking regulations for banks or Big Pharma.

TAS: Is the problem bipartisan?

NBF: Very much so. Spend a day with Beltway-based prefixed conservatives and you would think that the core economic activity of this country is neither manufacturing nor marketing but opinion-mongering: The selling of opinions from one highly compensated and marginally famous scribbler to another. Most of these opinions fail to find a buyer in the open market and must be paid for by a third party, which is usually a tax-advantaged entity of some sort. This adds still another layer of insulation between the prefixed conservative and market reality.

TAS: What are the practical consequences of this insulation from the market?

NBF: The most conspicuous consequence is that these preposterous statements from the prefixed conservatives have nothing to do with the business community. In the most perfervid formulations, corporate America has become their “enemy.” That’s not the mindset of a coalition builder. That’s the mindset of a separatist setting the highest common denominator for his constituency.

TAS: And your political point?

NBF: Just as there are certain military problems that only Pentagon-based colonels are perfectly equipped to misunderstand, there seem to be certain economic realities that only prefixed conservatives are perfectly equipped to misperceive. Everybody else understands the magnetic appeal of our market economy. Take a look at those videos from our southern border.  Those black and brown people aren’t sneaking into the country to get in on systemic racism.

TAS: What can be done?

TAS: What’s the next step?

My message is this: Let’s be coalition conservatives. Let’s win.