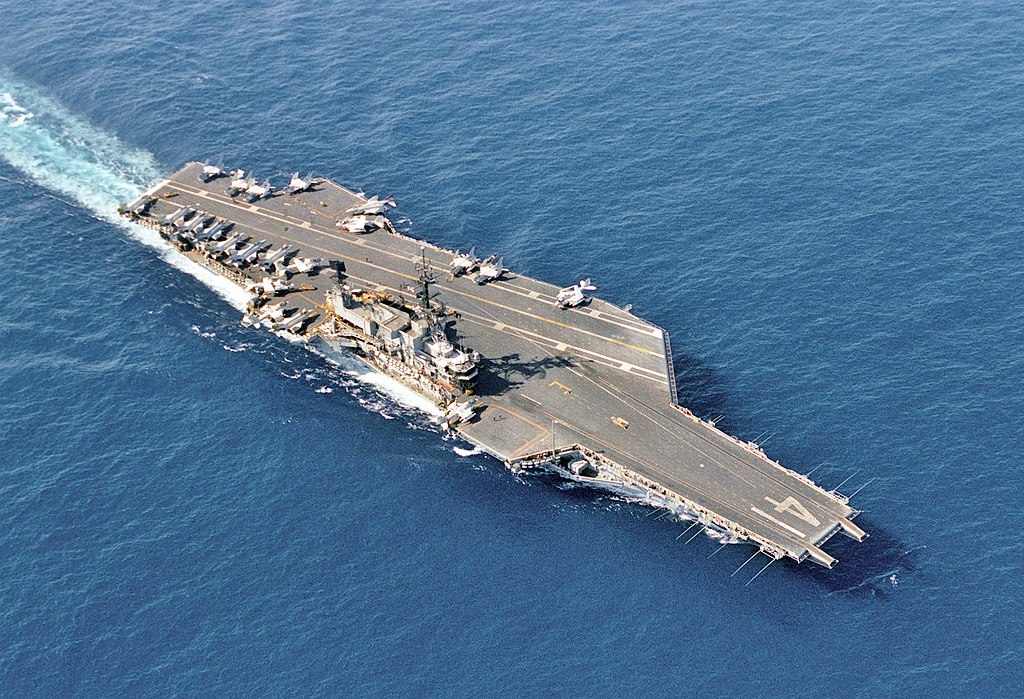 Midway Airport. Some think its name comes from being “midway” between New York and the West Coast. Others mistakenly think it is named for the “Monsters of the Midway,” Alonzo Stagg’s legendary University of Chicago Maroon football teams, the name later adopted by the Super Bowl champion 1985 Chicago Bears.

Actually, it is named for the decisive blue water naval engagement that turned the tide of World War II in the Pacific. Eighty years ago this month, June 4-6, 1942, a combined Japanese fleet that included four aircraft carriers, one light carrier, and 11 battleships prepared to destroy U.S. naval airpower in another surprise attack near Midway Island, a lonely Pacific outpost 1,500 miles from Pearl Harbor.

Thanks to Naval Intelligence code breaking, the resourcefulness and heroism of Navy and Marine Corps pilots — and a lot of luck — it was the Japanese who were surprised by torpedo planes, dive bombers, and fighters flying off the American aircraft carriers USS Hornet, USS Enterprise, and USS Yorktown.

The epic sea battle signaled the emergence of carriers over battleships as the U.S. Navy’s main power-projection platform. It is a role they maintain to this day.

When the fighting was over, the U.S. Navy had lost one carrier — Yorktown — one destroyer, and 137 aircraft (99 of them carrier-based), while the Japanese were forced to steam away in total defeat having lost four carriers, two other ships, 250 aircraft, and 3,500 sailors. The Imperial Japanese Navy was never able to launch a similar attack following this crushing defeat.

Midway also marked the turning point for our national defense strategy at sea. The epic sea battle signaled the emergence of carriers over battleships as the U.S. Navy’s main power-projection platform. It is a role they maintain to this day, whether launching air attacks over Iraq and Afghanistan or providing assistance in humanitarian crises such as the 2004 Indian Ocean tsunami and Haiti’s 2010 earthquake.

Later this year, the Navy expects to deploy the aircraft carrier Gerald R. Ford (CVN-78), which is bigger and more sophisticated than any previous super carrier. The Ford, which features revolutionary electromagnetic launching systems (replacing the steam catapults currently in use), is expected to be the first carrier with a regular complement of unmanned strike aircraft (aka “Drones”).

With deployment of the Ford, the Navy will have 11 nuclear carriers once again and plans to sustain that number at least through 2040. Critics say our carrier Navy is outdated and obsolete. Some lawmakers have proposed major cuts in our current fleet of 11 aircraft carriers battle groups. They say they are too big, too vulnerable, and too expensive for modern warfare.

These charges are belied by the facts and by our military response to the terrorist attacks of September 11. Aircraft carriers have been the point of the spear of our air power since World War II. Carrier-based fighters and bombers shouldered a heavy burden in Korea and Vietnam.

Aircraft carriers played a decisive role in the success of coalition forces in the Gulf War and NATO forces in Bosnia. For over a half century with their mobility and standoff capabilities, aircraft carriers have been a vital component of our foreign policy in the deterrence of aggression.

Aircraft carriers provide mobile airfields that are not dependent on the cooperation of other nations. Carrier aircraft fly shorter and more frequent missions than bombers based in Missouri that circle the globe to drop their bombs.

A carrier task force has multiple defenses: combat air patrol — the F-18 Super Hornets that patrol an envelope well beyond enemy missile range; cruisers and destroyers armed with deadly surface to air missiles to guard the carrier from attack; the carrier’s own missile and Gatling gun defense systems. Formidable, if not impregnable defenses.

The wars in Iraq and Afghanistan should prompt reconsideration of any radical overhaul and restructuring of our naval air force. Aircraft carriers have once again proven themselves to be the crown jewel of our nation’s air power. They have played an indispensable role in the battle against Taliban and al Qaeda forces.

The impressive showing of our aircraft carrier forces in Iraq and Afghanistan are compelling evidence of their importance to our national security. This is proof positive of the strategic importance of the first question asked routinely by our commander-in-chief during a foreign crisis: “Where are the carriers?” “Anywhere you want them to be, sir!”

The Battle of Midway was a pivotal turning point in the course of World War II in the Pacific. It was also the crucible for development of today’s super carrier naval aviation. God bless those intrepid heroes.