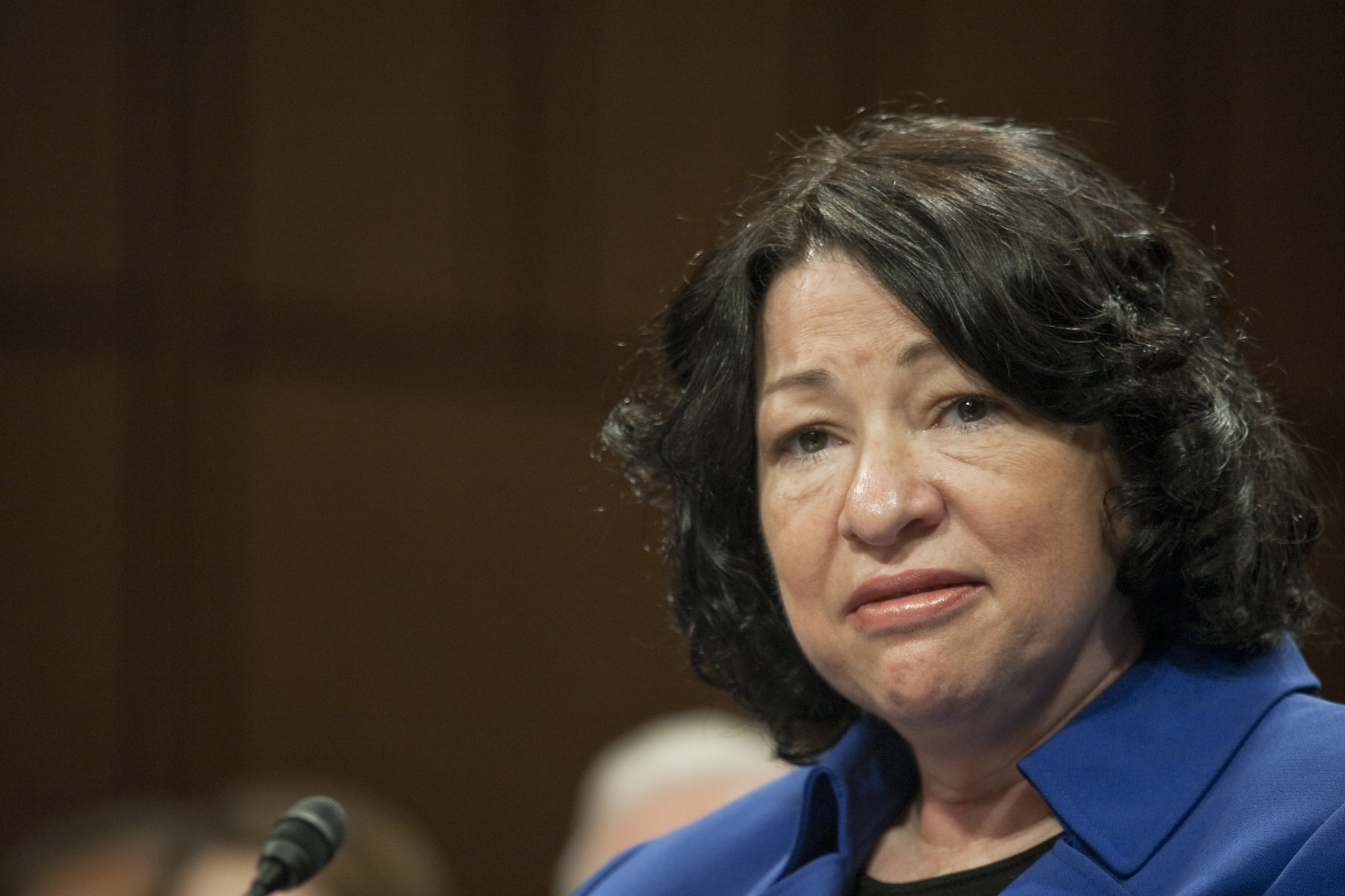 Justice Sonia Sotomayor has emerged as the Supreme Court’s most outspoken secularist. She subscribes fervently to the left’s myths about a religiously neutral Constitution. In a recent dissent, she complained that the majority on the court “continues to dismantle the wall of separation between church and state that the Framers fought to build.”

The phrase that she invokes — the wall of separation between church and state — is found nowhere in the Constitution. It comes from a letter written by Thomas Jefferson, who didn’t attend the Constitutional Convention. He was an ambassador to France at the time.

In the course of scolding her colleagues for defending the right of religious schools in Maine to taxpayer funding for private education, Sotomayor said that the First Amendment “requires that public education be secular and neutral as to religion.” No, it doesn’t.

Her claim that the Founding Fathers “fought to build” such a wall is complete nonsense. George Washington said that the “establishment of civil and religious liberty was the motive that induced me to the field of battle.” The Founding Fathers established the First Amendment as a protection for the religious, not against them. They never conceived of government at either the federal or state level as godless.

Indeed, the whole premise of the democratic republic they formed — that rights derive from God — is a rejection of the “neutrality” claim Sotomayor espouses. The Founding Fathers were not neutral about religion but partial to it. They held prayers at the Constitutional Convention, appointed a chaplain to Congress, held days of fasting and thanksgiving, printed “In God We Trust” on currency, and stressed the connection between religion and national morality. In his farewell address, George Washington prophetically said, “Let us with caution indulge the supposition that morality can be maintained without religion. Whatever may be conceded to the influence of refined education on minds of peculiar structure, reason and experience both forbid us to expect that national morality can prevail in exclusion of religious principle.” The truth of those words is playing out before our eyes.

In the course of scolding her colleagues for defending the right of religious schools in Maine to taxpayer funding for private education, Sotomayor said that the First Amendment “requires that public education be secular and neutral as to religion.” No, it doesn’t. It is this lie that led to the banning of prayer in public schools. But from the very beginning of the country, partiality to theism suffused government institutions, including schools. One of Congress’s first acts was the Northwest Ordinance, which took it for granted that public schools would teach religion: “Religion, morality, and knowledge, being necessary to good government and the happiness of mankind, schools and the means of education shall forever be encouraged.”

But no such “constitutional commitment” exists. She is simply referring to the judicial activism of the last 50 years, which amounts to blatantly unconstitutional jurisprudence antagonistic toward religion. Sotomayor takes her cue not from the Founding Fathers but from the ACLU.

Even Jefferson, for all of his secularist leanings, recognized the theism underlying the American founding. He accepted that the First Amendment existed not to suppress religious activity within the states but to protect it. The states, in fact, would never have ratified the Constitution without that guarantee. Nor would they have submitted to a federal government “neutral” about God.

True, the Founding Fathers didn’t want a federal religion, but they didn’t take that stance out of the conviction that government must be godless. The left hyperactively interprets any brushing up of the federal government against religion as an “establishment” of a church, but the Founding Fathers didn’t see it that way. The idea that they “fought” to enshrine scrupulous governmental neutrality between atheism and theism is a joke. They were entirely on the side of theism.

That “neutrality” is, of course, a sham in any case. As we have seen since the 1970s, a “neutral” court ends up partial to secularism and all of its woke assumptions. Judicial activists in the mold of Sotomayor actively discriminate against the religious, turning the First Amendment on its head. Out of this twisted jurisprudence has come a wholly ahistorical “separationism” that casts a constitutional bias in favor of the religious against them.

Under the mau-mauing of the ACLU and hubristic judges, most government officials live in dread fear of the separationists. But their anxiety is unwarranted. The fundamentally “transformed” country that President Joe Biden seeks to build and Sotomayor’s secularist jurisprudence aims to serve is rooted not in the God-fearing American Revolution but in the atheistic French Revolution, which stripped schools of religion and turned them into propaganda mills for the godless state.