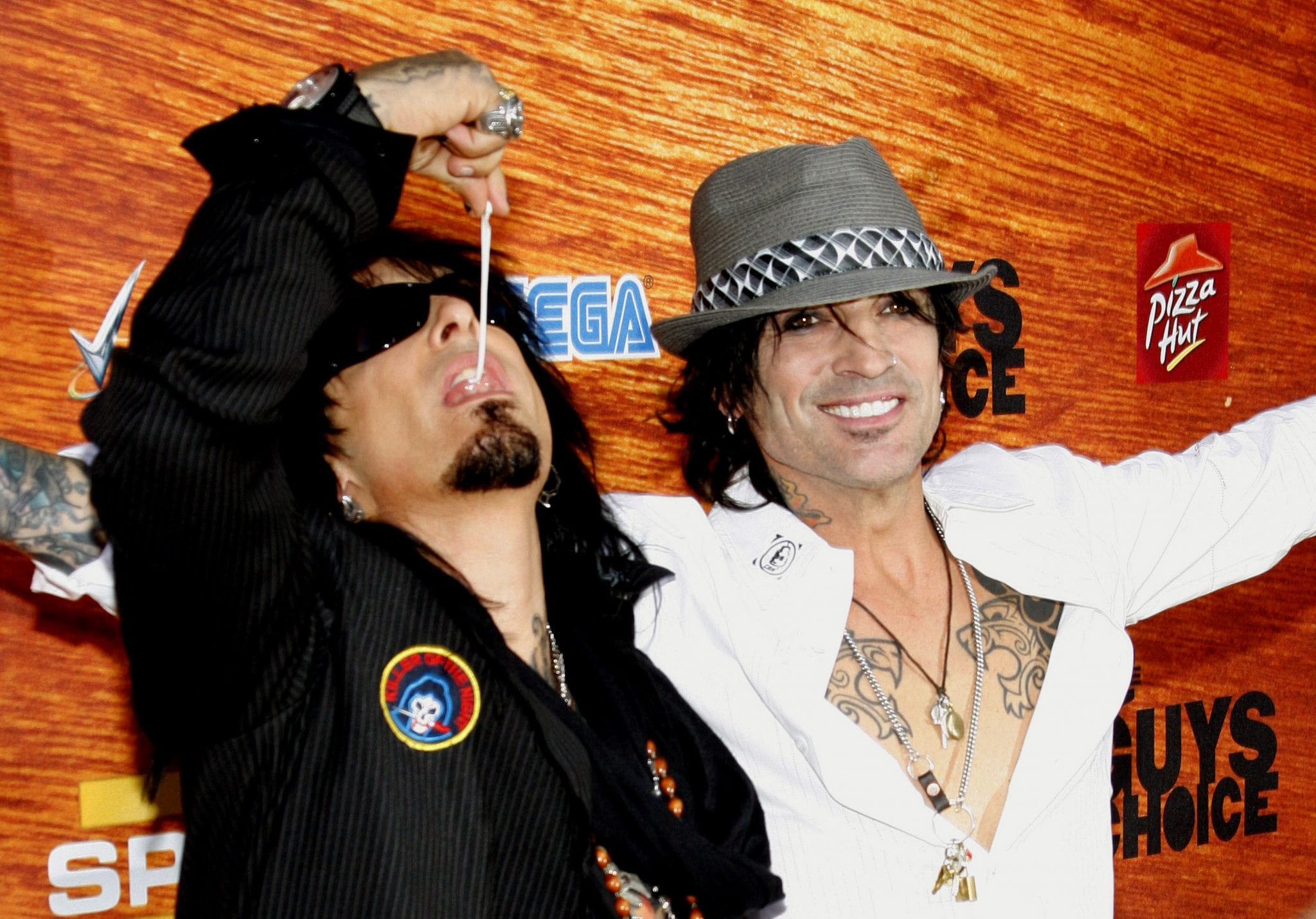 Last week aging rocker Tommy Lee, who was last relevant in the 1980s as the drummer for the band Mötley Crüe, blew up Twitter with a recitation of an old left-wing screed that had originally appeared on social media and in an email chain among Democrat members of what they called “The Resistance.”

“You Trumpsters better pray that liberals never gain control of the WH again because we are going to pay you back so f—ing hard for all of this sh–,” Lee’s regurgitated screed read. “Planned Parenthoods on every damn corner. We’re going to repaint Air Force One p—y hat pink and fly it over your beloved Bible Belt 6 days a week, tossing birth control pills, condoms & atheist literature from the cockpit. We’re going to tax your mega churches so bad Joel Osteen will need to get a job at Chik Fil A to pay his light bill.”

“Speaking of Chik Fil A, we’re buying cult leaders tortured with conversion therapy. Have fun with the new menu you bigoted f–ks. Try the McPence. It’s a boiled unseasoned chicken breast that you have to eat in the closet with your mother.”

This obviously occasioned a good deal of negative response by people rightly offended. Lee doesn’t particularly care. He won’t lose any friends on the right over the controversy, because he doesn’t have any.

Few on the left, and particularly the Hollywood left, do. Or if they do they likely don’t know it, because conservatives in show business have to hide their political views or they’ll be frozen out of their livelihoods.

This is obviously not healthy. Not for show business and not for the country. You can’t keep a society together when one half of it is allowed to Otherize the rest with impunity. And while it would be comforting to dismiss Lee’s ravings as the product of drug-fueled idiocy by a low-information, washed-up entertainer, the behavior doesn’t get much better up the political food chain.

In the interest of space and time, we won’t go through all the examples of poor behavior by the two dozen Democrat presidential candidates in attacking conservatives, or the lawsuits or regulatory attacks on Christian businesses, or the other cultural aggressions by supposedly-responsible members of the Left’s ruling class.

It took a whole week of mass outrage, after all, to shut down the release of a Hollywood film depicting leftist elites hunting “deplorables” with guns set for next month. Whether the movie was actually aimed at glorifying such a practice or providing satirical social commentary on the state of society we’re not sure. It could well be that The Hunt was intended more as a dig at how out of touch the Left’s elites are, and the clamor over the film’s release may have been ginned up in bad faith. On the other hand, we’ve seen movies like this before — in which the conceit isn’t that the Left’s temptation to commit atrocities against “deplorables” is evil in itself, only that following through on that temptation is a bad thing. In any event, the timing of The Hunt’s release sure seems irresponsible when there is a real fear America is coming apart — and Universal Pictures finally got the message after several days of atrocious PR.

And it’s the Left, and their inability to calm down over losing the 2016 presidential election, that is the primary driver of the country fraying at the edges.

Townhall columnist Kurt Schlichter, a Renaissance man for the modern age — he’s a Fox News contributor, a lawyer, a former Army captain who served in Kosovo, and a former stand-up comedian — has written three action novels around the premise that America breaks up into two countries sometime in the next decade. They’re satirical and highly entertaining, but, as Schlichter notes, they’re written as a warning — not just to the nation at large about what happens if we lose America as the world’s leading superpower, but to the Left.

This is because Schlichter’s People’s Republic of North America, containing what’s now the Northeast, West Coast, and parts of the Upper Midwest, is a mess of re-education camps, food riots, security walls, and mass propaganda, and its absurdities absolutely mirror what pervades on college campuses, government bureaucracies, and the media and pop culture. His warning is that the Left’s misery over Trump’s presidency is nothing compared to the misery they’d induce if they were to govern unfettered based on the principles of “social justice” and climate-change hysteria.

Of course, nobody on the left seems interested in listening to such warnings. It’s the rest of the country who can profit by them. That’s why Lee’s diatribe is so useful. When normal Americans can see the Left for the hateful, unhinged, and vindictive trolls they really are, they’ll be a lot less likely to allow such people access to the levers of political — or maybe even cultural — power.

The pushback doesn’t have to be violent. It shouldn’t be. It should be political and most of all cultural. If the Tommy Lees of the world can’t sell records or get anyone to watch them on TV, and particularly if there are people of talent in pop culture or media who are unafraid to publicly embrace traditional American values, the centrifugal forces hard at work to rip us apart might be lessened, at least a little, and the politicians of the Left will perhaps recognize indulging totalitarian fantasies isn’t within the Overton window.