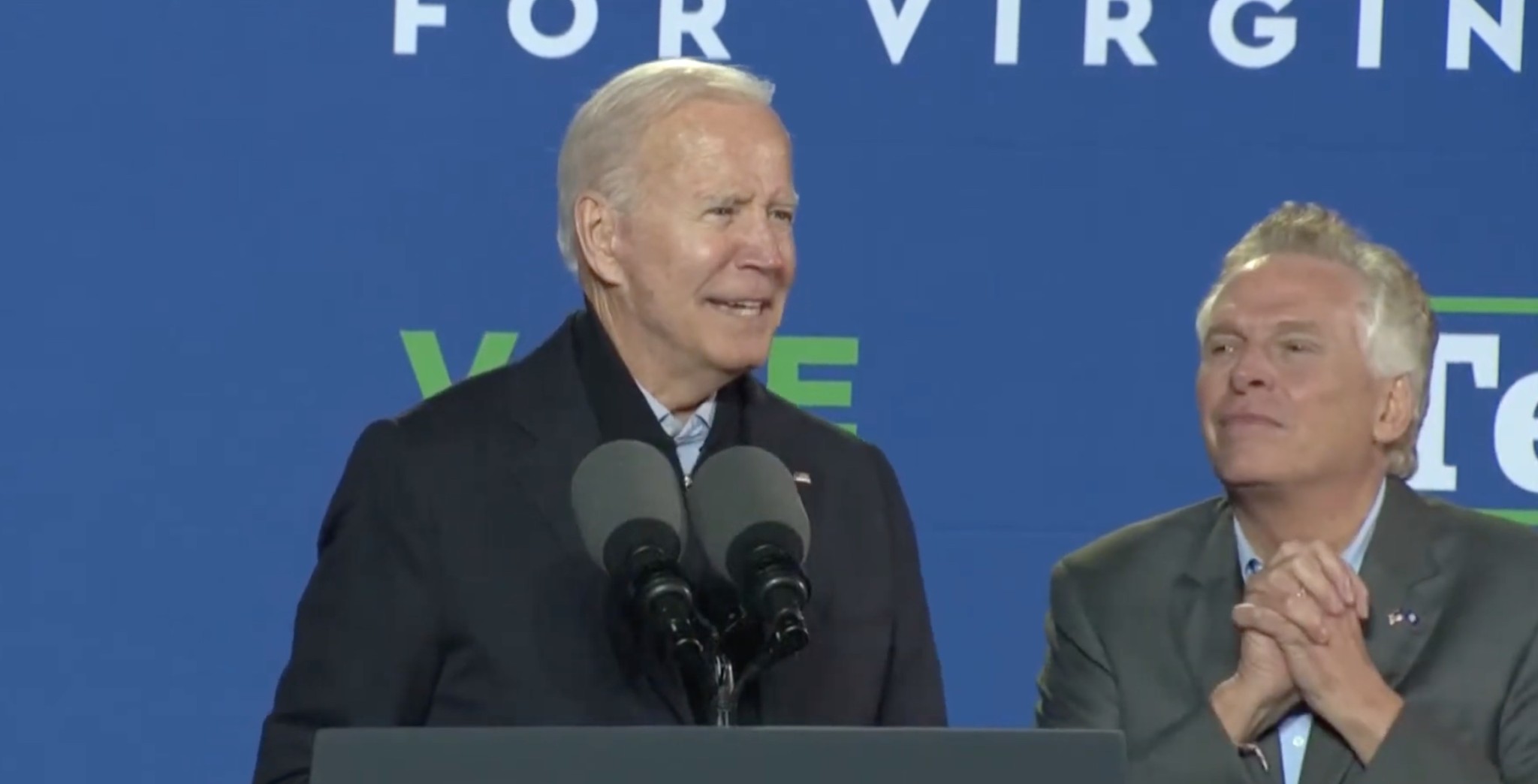 “We don’t have time to be wasting on these phony trumped-up culture wars, this fake outrage that right-wing media peddles to juice their ratings,” complained Barack Obama last week as he campaigned for Terry McAuliffe. In other words, the problem in our politics, according to Obama, is not the left’s accelerating cultural revolution but the public resistance to it.

Obama’s self-serving political analysis also implies that Democrats concern themselves with big problems while the Republicans focus on small ones. What a laughable assertion, given the frivolousness of the Biden-led Democrats. They take no interest in the fundamental duties of government, such as securing the border, even as they invent imaginary ones for it. The Biden administration has spent more energy on the promotion of critical race theory and transgenderism than on stopping inflation or protecting our troops. The core functions of government leave the Democrats cold. What animates them is left-wing virtue-signaling — flying the Black Lives Matter flag atop U.S. embassies, observing “International Pronouns Day,” and the like.

Terry McAuliffe embodies this flaky streak in the Democratic Party. His campaign to defeat Glenn Youngkin in the Virginia governor’s race rests on the most tired and insubstantial left-wing claims. In the waning days of the campaign, McAuliffe is desperately trying to cast the innocuous Youngkin as a Trumpian deplorable and extremist.

On Tuesday, Joe Biden joined McAuliffe in this feeble demagoguery at a campaign appearance in Northern Virginia. Notably, they both praised Ralph Northam, Virginia’s governor whose “blackface” scandal is now conveniently forgotten, before launching into their smears against Youngkin. Biden, who once said that Mitt Romney was going to put blacks “back in chains,” called Youngkin an extremist in a “fleece vest.”

That rhetoric sounds familiar. In 2020, Biden, casting Republican opposition to left-wing policies as racist, said, “The Bull Connors of today don’t stand in the street with fire hoses and dogs. They wear nice suits. They wield their power rolling back rights, punishing the poor, denying access to health care and quality education, and turning away refugees and asylum seekers.” Anyone inclined to take this rhetoric seriously should keep in mind that mere support for voter identification laws is equivalent to “Jim Crow” in Biden’s eyes.

McAuliffe’s remarks at Tuesday’s campaign event were as hacky as Biden’s. McAuliffe repeated the enormous lie that Trump endorsed white supremacists at the Charlottesville riot. Even liberal fact-checkers have debunked that nonsense. That McAuliffe still clings to it casts doubt on everything he says.

Engaging in the very sham politics that Obama ostensibly deplores, McAuliffe accused his opponent of racist book-banning. “Yesterday, Glenn Youngkin released his closing argument of this campaign,” he said. “In it he promotes an effort to ban books by Toni Morrison from Virginia schools. One of America’s most famous authors.… This is his closing message: Glenn Youngkin is promoting banning books of one of America’s most prominent black authors.”

This is an absurd stretch even for McAuliffe. He is referring to a Youngkin campaign ad in which a mother criticizes McAuliffe for vetoing bills that would have given parents a right to object to the teaching of sexually explicit books in public school classrooms. Those bills had nothing to do with issues of race. As the Youngkin campaign has pointed out, the bills passed on a bipartisan basis.

According to the Washington Post Fact Checker, McAuliffe is lying about the legislation he vetoed. It would not have banned books. These were two parental notification bills that McAuliffe vetoed, and they were both bipartisan.

Between the two bills, 18 Democrats voted for them. Are these 18 Democrats — including 14 members of the Black Caucus — racists? Does their vote equate to “silencing esteemed Black authors,” as McAuliffe so ridiculously charged?

This last-minute smear of McAuliffe’s is his pathetic attempt to deflect attention from his own extremism. He supports the toxic propaganda of critical race theory and wants to exclude parents from the education of their own children. The moderate in the race is Youngkin. Unable to find any damning evidence against him, McAuliffe has had to fall back on guilt-by-association insinuations.

Obama is right that America faces grave problems. But McAuliffe has shown no interest in addressing them. All he can talk about it is Trump and wokeness. Will that work? Let us hope not. But if so, we will know Virginia has turned permanently blue.