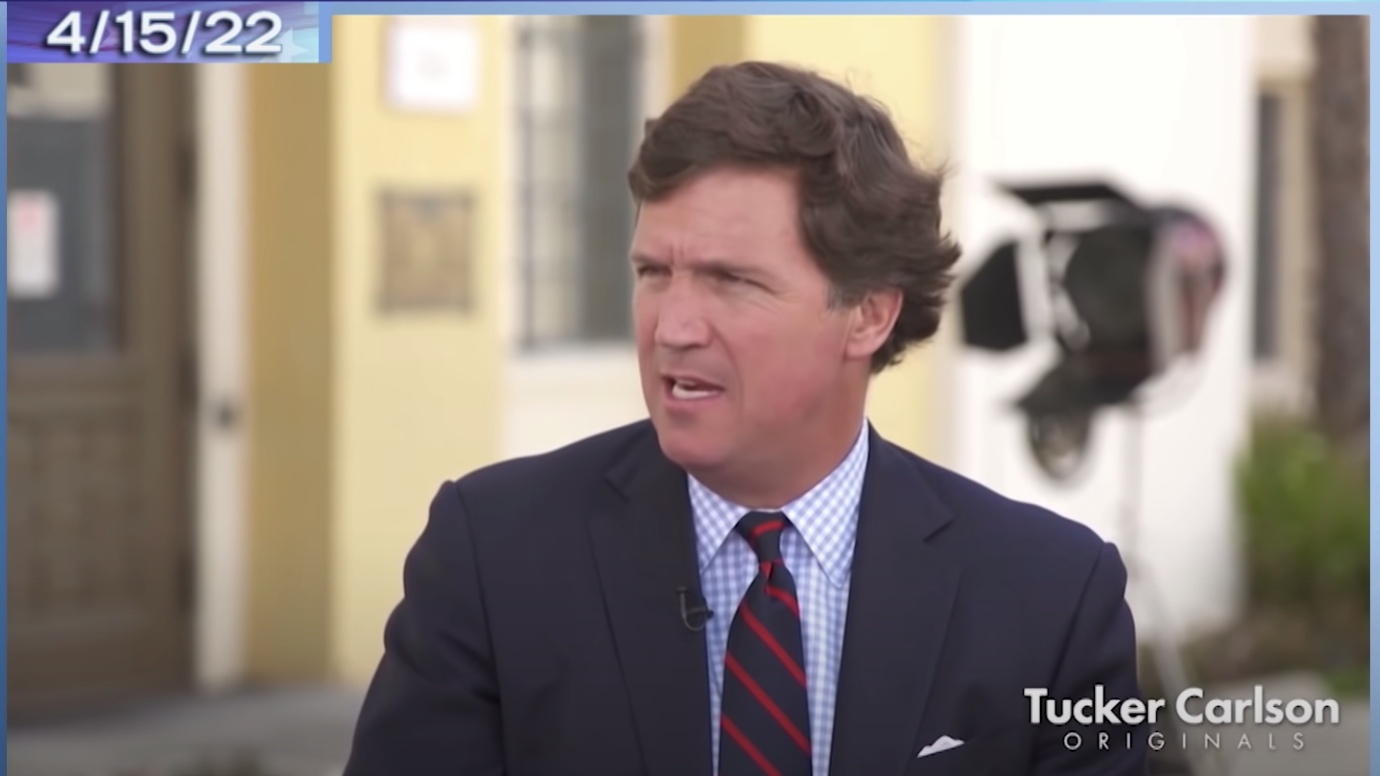 I’ve listened to Tucker Carlson on the issue of crotch tanning, and now I walk around like a cowboy who’s lost his horse, wear no clothes at home, and write while sitting on a block of ice. Yes, I’ve been tanning my balls, and all I can say about my renewed testosterone is that it doesn’t do much good when you’ve fried your eggs.

In his new special on how to raise testosterone levels in men, Tucker Carlson’s guest suggests “testicle tanning” using infrared light as a “bromeopathic” therapy. pic.twitter.com/PirerBMRyr

I conducted this particular experiment up on the huge terrace at the top of my building, away from prying eyes. I climbed up the stairs in my bathrobe, and once there, little by little, I left my groin exposed, making sure that no seagull mistook my merchandise for a swordfish. Although I wouldn’t be surprised if by now all the planes flying overhead have reported back to control that there is a beached World War II submarine in a hammock occupying a helipad down here. On the other hand, I now live in fear of the day Google Earth updates the view of my building.

Those two hours were followed by excruciating pain. If ever again I were to try to engage in the noble art of procreation, I would have to learn how to do it with spores. The slightest brush from a feather off of a fledgling sparrow against my ground zero inflames me so much that I look like an abortionist reading the press these days. What I mean is that I turn into the girl from The Exorcist. Furthermore, it feels crunchy when I walk, like I’m a slice of toast, and I’m paranoid that the slightest breeze will make the embers catch fire and I will have to call the fire department and give explanations for such an unseemly predicament.

I normally agree with Tucker’s opinions. But this time something has gone wrong. No one gets it right all the time, and, for a lover of individual freedom, one might consider it excessive to suggest how people should tan their private parts. In fact, even though Tucker says it’s a sign of masculinity, it feels too much like metrosexuality to me with all those guys taking longer to toilet than all the girls in the neighborhood combined.

I have a paradoxical relationship with my testosterone. Now that all the studies reveal that men’s testosterone levels are on the decline, that guys have less sexual desire and more fatigue and have stopped shaving, perhaps because of an absolute belief in the virtues of competition, my testosterone is showing signs of enviable health. I have more energy than I did 20 years ago, I shave much more than I did then, and my manly fragrance causes girls to swoon as I pass by. Without wishing to sound haughty, I would say that until I burned my balls, my testosterone was at buffalo level.

For the rest of it, I don’t think we conservatives deserve to go to bed with the image of Tucker sunbathing like Adam in Paradise. I mean, I think it was an image we could have done without; we could, my friend, have lived well without it. Now we can’t get it out of our heads even at lunchtime, and that does cause my testosterone to drop to alarming levels, it matters not that I let the pecker out to sunbathe or not. (READ MORE from Itxu Díaz: 30 Really Obnoxious Things That Can Now Be Said on Twitter)

Anyway, dear Tucker, after this painful experience, if in order to become more of a man I need to have my blistering balls scorched again, I think I will definitely become a progressive. I’m already praying that I’m not made to choose between removing my testicles for a sex change or burning them off to become more of a man.

“For God’s sake, there’s got to be some middle ground here.”

That quote is from my now ex-girlfriend.