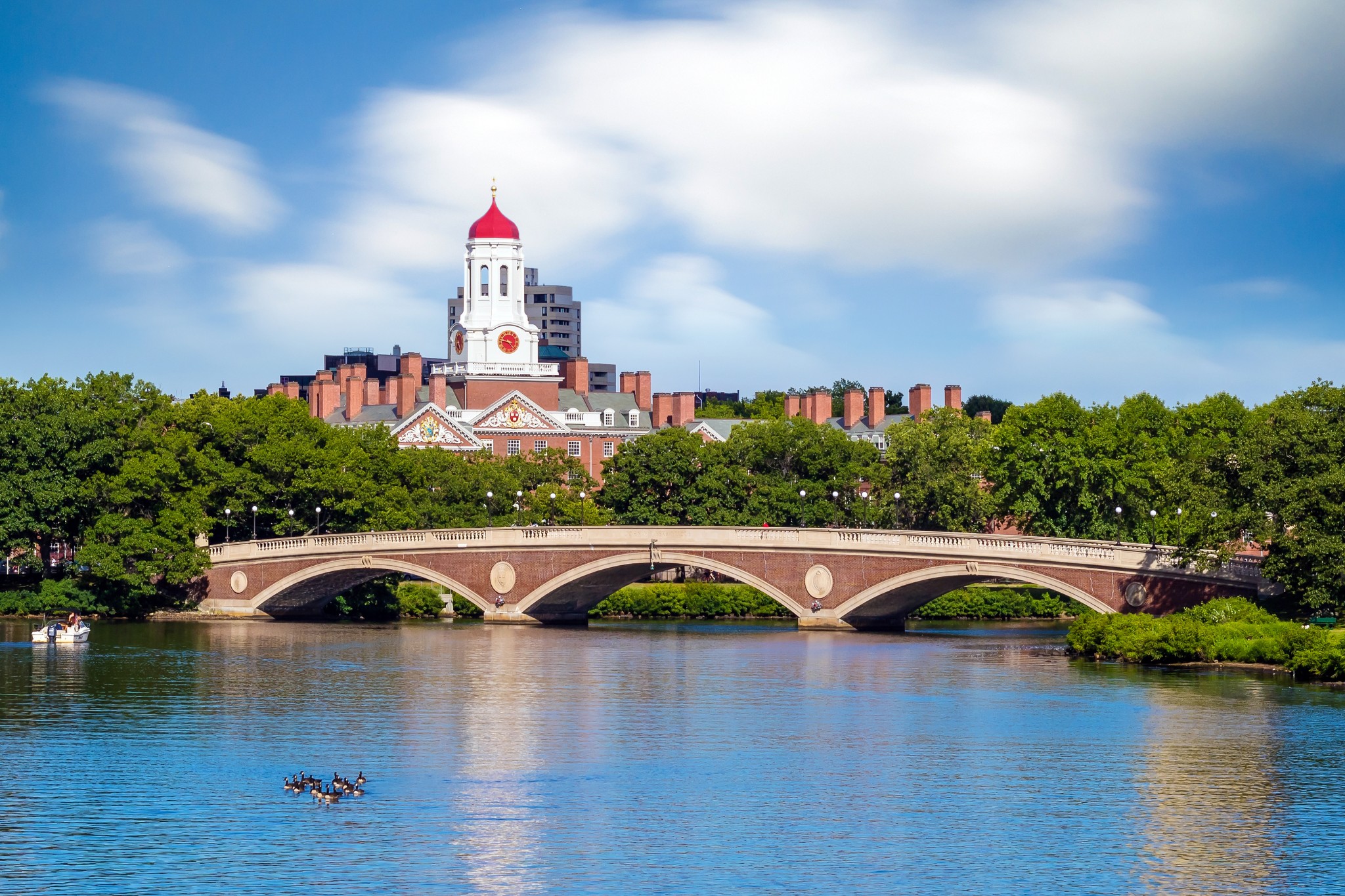 Should the race of a minority student who is applying to a college or university give him or her an advantage over other applicants? This is the question that a group of college-bound students and their parents are asking the Supreme Court to address. They want the answer that the court gives to be unambiguous.

The plaintiffs are members of the nonprofit organization Students for Fair Admissions. They are applicants who have been either denied admission or are likely to be denied admission to the two schools that are the defendants — Harvard and the University of North Carolina. The students argue that the reason they were turned down is that those schools favor certain minority racial groups in their admissions processes. These students are not members of those groups and maintain that their academic credentials are clearly superior to those admitted from the favored racial groups. They argue that such an approach to admissions violates either the Equal Protection Clause of the Constitution or Title VI of the Civil Rights Act of 1964. The students and their legal counsel are asking the court to reject the holding and reasoning of the most recent case in which the court allowed race to play a part in admissions — Grutter v. Bolinger (2003).

How did we get to this point?

In the early 1970s, Allan Bakke, a would-be medical student seeking admission to the University of California, Davis, sued the school after being rejected twice. Bakke was challenging the practice of the reservation of a certain number of seats in the entering class for minority applicants, even though some of the persons admitted to those spots had lower scores than him. Though Bakke won his case, the Supreme Court opinion that resulted, Regents of the University of California v. Bakke, introduced confusion into college and university admissions nationwide for decades.

The decision was a rarity, described as “4-1-4.” Two groups of justices, four conservatives and four liberals, disagreed on the result. The opinion of the ninth justice, Lewis Powell, was an attempt to join portions of both groups’ opinions in order to allow an overall decision.

Consequently, part of Powell’s opinion agreed with the conservative justices who said that race could not be the sole or isolated factor upon which to base a positive admissions decision. Numerical quotas were unconstitutional. Thus, special set-asides that the University of California, Davis, was using were out.

At the same time, Powell joined the liberal wing by saying that race could be “a factor” along with many others in the admissions decision. He also rejected the liberal justices’ claim that racial preferences were necessary to overcome past racial discrimination. However, he allowed that a diverse student body would produce a “robust exchange of ideas,” in other words, a sort of intellectual diversity that was desirable for an educational institution. The result was that “both sides claimed at least a partial victory.”

The ambiguity of Bakke continued until 1998 when two young women, Barbara Grutter and Jennifer Gratz, represented by the Center for Individual Rights, challenged the racially preferential admissions practices of the University of Michigan. Neither were members of minority groups. Both had applied to Michigan, but unsuccessfully. Gratz was rejected by the undergraduate college at Michigan and Grutter was denied admission to the University of Michigan Law School. The cases made their way to the Supreme Court for the 2002–2003 term. Unfortunately, the court perpetuated the confused holdings of Bakke. In both cases, the race of an applicant was allowed to be retained as a plus for admissions. However, in Gratz, the court found in Jennifer Gratz’s favor because the undergraduate college at the University of Michigan had made race “decisive” in admission decisions with a point system that the opinion called “mechanical.”

However, the court upheld the law school’s admissions practices even though it used racial classifications that clearly skewed admissions decisions. Justice Sandra Day O’Connor’s opinion recognized that although racial classifications used by public universities should be strictly scrutinized by the court because their use was suspect, the law school’s classifications were, nevertheless, justified. Why? Because they were furthering certain “compelling state interests.” Those compelling interests were produced by its admissions policies that guaranteed a “racially diverse student body.” That diverse student body in turn yielded laudable educational benefits such as increasing “cross-cultural understanding,” the “breaking down of racial stereotypes,” and the better preparing of law students “to participate in a diverse workforce.”

But did these benefits reach the level of being “compelling?” O’Connor’s opinion left that assessment entirely to the university’s educational expertise. O’Connor wrote: “The Law School’s educational judgment that such diversity is essential to its educational mission is one to which we defer.” (emphasis mine)

Commentators Richard Sander and Stuart Taylor Jr. sum up the harmful effects of Bakke and Grutter: “[T]he Court’s holdings were half-measures that effectively encouraged schools to obscure the workings of their preference policies. Both opinions emboldened many schools to perpetuate and even enlarge their racial preferences.” That result became so pronounced and obvious that it led to the two cases involving Students for Fair Admissions that are before the court this term.

In both the cases — the Harvard case and the UNC case — lengthy trials unearthed considerable factual evidence that showed that race played an important and repeated part during the admissions process. That is precisely what the plaintiff students find unfair and unconstitutional. Here are some examples from the Harvard case:

Preferential treatment begins with early recruiting. Harvard recruited high school African American and Hispanic students with PSAT (Preliminary SAT) scores of 1100 or above. However, it did not recruit white or Asian American students unless they had scored at least 1350 on the same test.

Preferential treatment continued as the new entering class was constructed. As the freshman class was forming each year, Harvard closely and regularly monitored the projected racial makeup of the class by using “one-pagers.” These documents kept track of the new class’s racial composition on a daily basis, comparing last year’s class, in terms of race, with the new class being formed.

The dean of admissions also periodically informed admissions officers about the racial contours that the new class was taking. It was clear that this “information” was aimed at keeping the racial composition of the class similar by race to the previous year’s class.

As the new class took shape, Harvard “lopped” off certain tentatively accepted applicants in order to bring its class into racial balance.

Harvard’s own Office of Institutional Research agreed that the admissions process put Asian American applicants at a disadvantage and that “being Asian” was a negative for getting into Harvard. Note: Although Asian Americans are a minority group, they are not a favored minority group by Harvard.

Grutter also required colleges and universities that were using race to determine if there were alternative admissions practices that would be race-neutral and yet provide a diverse student body. Both UNC and Harvard were presented during the legal proceedings with proposals for race-neutral restructurings of their admissions practices. Those proposals called for eliminating racial preferences, as well as preferences for children of donors, alumni, and faculty/staff. In addition, by reducing preferences for recruited athletes and increasing scholarships for applicants in lower socio-economic groups (defined in a race-neutral way), the likelihood of true student diversity was maintained. In other words, an entering class under race-neutral alternative plans displayed a variety (diversity) of backgrounds, geographic differences, experiences, and viewpoints, and, yes, racial differences. All this could be accomplished without using race in the way it was being used. Harvard and UNC both rejected these alternatives as unworkable.

The plaintiffs also argued in their briefs that in California, where race-based admissions have been banned by law, universities there were nevertheless able to restructure their admissions in a race-neutral way and still achieve the diversity of the student entrants that those universities desired. Other states have also abided by similar bans while retaining true diversity.

The late Justice Antonin Scalia was prescient in his dissent in Grutter. He complained that instead of “a clear constitutional holding that racial preferences in state educational institutions are impermissible,” the court rendered the “Grutter-Gratz split double header” that was “perversely designed to prolong the controversy and litigation.” That is exactly what has happened.

And now, the court has an opportunity to repudiate Grutter and eliminate race from admissions decisions by state institutions or private institutions that receive federal monies. Justice Clarence Thomas forcefully explains why racial preferences in admissions should not continue: “Every time the government places citizens on racial registers and makes race relevant to the provision of burdens or benefits, it demeans us all.”